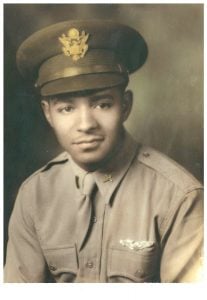 During World War II, many families proudly watched their sons and daughters pledge their service to their country. Some sent – and lost – multiple children to the war effort. For the Edwards family of Steubenville, Ohio, their two sons, Jerome and John “Ellis,” became part of the famed Tuskegee Airmen, piloting aircraft to join the air war over Europe. Although they were not immune to the tragedy of war, they have celebrated the Edwards’ brothers’ achievements for generations.

Both brothers graduated from Steubenville High School and went on to attend West Virginia State College. Jerome enrolled in 1935, and “Ellis” followed two years later at his older brother’s insistence. “Ellis” had aspirations of becoming a dentist, but instead both enrolled in the school’s aviation program when WVSC became one of the first historically black colleges to participate in the Civilian Pilot Training Program.

A nationwide program to cultivate pilots for the war effort, the CPT was an especially exciting development because of the opportunities it opened up for aspiring black pilots. It would produce the country’s first black military pilots and their support personnel, known as the Tuskegee Airmen. After completing CPT, cadets would go on to advanced flight training through the U.S. Army Air Corps. Black flight cadets were segregated at the Tuskegee Institute, where they learned to fly the fighter aircraft that would be play a crucial role in the United States’ air power of World War II.

Both brothers became skilled pilots, earning their private pilots licenses in the CPT. When Jerome graduated in 1940, he went off to Tuskegee where he successfully completed all phases of advanced training. He was commissioned as a 2nd Lieutenant in September of 1942 and assigned to the 99th Fighter Squadron. He flew both the P-40 and P-51 aircraft, assigned to the Oscoda Army Air Field in Michigan, for advanced aerial combat training.

Tragically, Jerome was killed May 7, 1943 when his P-40 suffered an engine malfunction at takeoff resulting in a fatal crash. It was the first fatality suffered by the 332nd Fighter Group, and a terrible loss for the Edwards family. 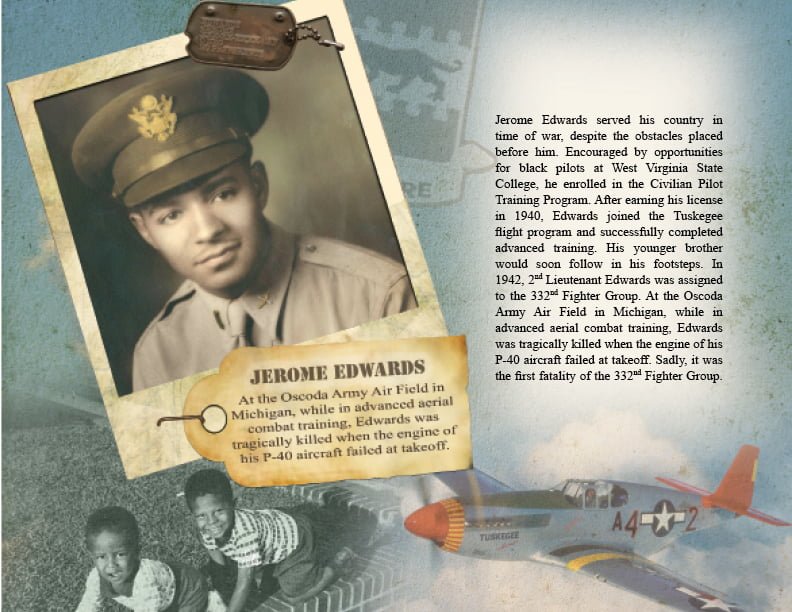 Although he qualified for a family hardship honorable discharge after the loss of his brother, “Ellis” made the decision to remain in the U.S. Army Air Corps and honor his brother by dedicating his military service to his memory. “Ellis” graduated from Tuskegee and was commissioned as a 2nd Lieutenant April 8, 1944.

By early 1945, “Ellis” began his service overseas at Ramitelli Air Force Base in Italy conducting combat and bomber escort missions as part of the 15th Air Forces. On April 1 of that year while serving as the squadron section leader on a bombing and strafing mission over Nazi held territory, “Ellis” shot down two German ME-109 aircraft. Tuskegee Airmen took 12 enemy aircraft down that day.

For the two he brought down singlehandedly, “Ellis” received the Distinguished Flying Cross. 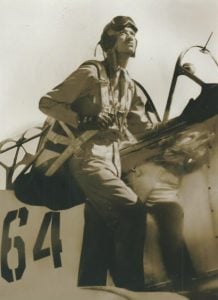 During the remainder of his war service, he also received Air Medals with Oak Leaf Clusters, and as part of the 332nd Fighter Group, earned a Presidential Unit citation for the combat skills of its pilots. After World War II, he flew multiple combat missions during the Korean War in the F86 Sabre Jet. Upon leaving the military, he was an announcer for a radio station in Washington, D.C. and eventually retired in Los Angeles.

May their service, sacrifice and struggle for equality inspire us all to triumph over adversity and achieve remarkable heights.

See the Tuskegee Airmen mural honoring the Edward brothers in our Virtual Museum!