Thank you to John G. Roundtree, II, for submitting this information in honor of his father.

If lives are pebbles tossed in a pond- disappearing quickly but leaving an ever-expanding circle of ripple – John G. Roundtree, Sr. was no pebble.

He was a rock!

Mr. Roundtree’s life’s work encompassed being a public-school teacher, administrator, a founding father and volunteer of a variety of cultural organizations, a Tuskegee Airman and a loving husband and father.

“He urged young people to get an education, and to learn about their heritage and the wonders of the world around them” said Mr. Roundtree’s son, John II.

He was a gentleman’s gentleman. Mr. Roundtree was born in Valdosta, GA and moved to Detroit, MI early in his childhood. He called Detroit his home until his passing on 15 November 2004. He is survived by his wife of 52 years, Edith, his daughter – Kay Penson and son – John G. Roundtree, II.

As a young man, he became a Master Sergeant in the CCC (Civilian Conservation Corps), never hesitating to jump into the trenches wielding a shovel to get the job done, despite his rank.

His love of flight led him to join the Tuskegee Airmen, a pioneering group of African-American pilots trained to fly combat aircraft during WWII. The Tuskegee Airmen were not only unique in their military record, but they inspired revolutionary reform in the armed forces, paving the way for integration of the Armed Services in the U.S. The largely college educated Tuskegee Airmen overcame the enormous challenges of prejudice and discrimination, succeeding, despite obstacles that threatened failure. These men were in fact, exceptional in their willingness to put their lives on the line to defend the rights they were denied at home. 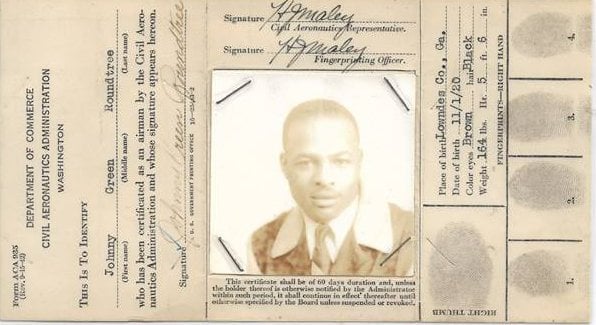 It was later that he found his most revered career as an educator/administrator in the Detroit Public School System. He began teaching history and then on to Asst. Principal/Principal at various schools in the metro-Detroit area. Generations of children learned to smooth out differences amid racial strife transcending skin color and stereotypes under his tutelage & supervision. 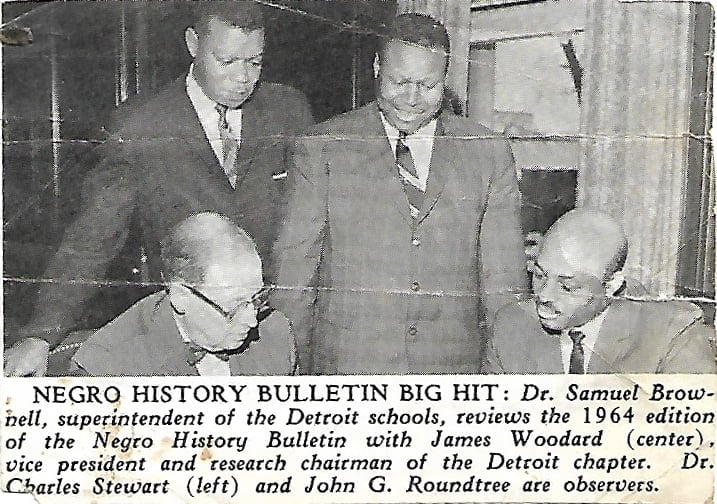 His educational mission thrived outside the school walls as well. His work with the Detroit Institute of Arts, Friends of African-American Art, New Detroit and the Yankee Air Museum lives on today. He was also instrumental in the preservation of Historic Fort Wayne.

His dedication to aviation, history and education, will be remembered for years to come.