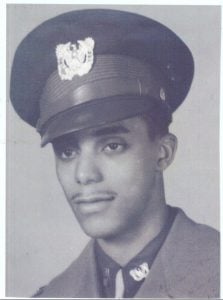 The legacy of the Tuskegee Airmen by no means ends with their successful combat missions in WWII. Not only did their experience shape the civil rights movement of the 1960’s and the ongoing collective effort for equality, but the more than 10,000 men and women among the ranks of the Tuskegee Airmen used their military service as a platform for future professional success.

Jersey-born and Brooklyn-raised Richard Rutledge began is his five-year service when he enlisted in the U.S. Army Corps in 1941, and was assigned to the ground crew of the famed 99th Pursuit Squadron. By the beginning of 1943 he was commissioned as a Warrant Officer Junior Grade, but when the 99th departed Tuskegee Airfield that spring, Rutledge was transferred to an all-black engineer aviation squadron at March Field in Riverside, California.

“I was the Adjutant for the Headquarters Company. I went with them in a convoy of over 100 ships under the command of Admiral “Bull” Halsey and was part of the invasion of the Palau Islands on the South West Pacific,” recalls Rutledge. “Our battalion’s job was to build an airfield on the island so that General Douglas MacArthur could use it and ‘return to the Philippines’.”

By the time the war ended with the surrender of the Japanese, Rutledge had spent 20 months overseas and a total of five years in the Army Air Corps. His service complete, he went on to obtain an undergraduate degree at the Washington Square College of Liberal Arts & Science and then graduated in 1950 from the Brooklyn Law School. 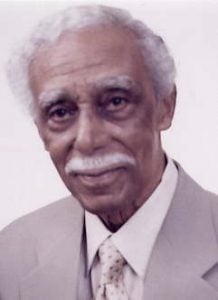 Not only has Rutledge inspired many with his service to our country during WWII – in spite of the obstacles of racism, segregation and unequal opportunity – but his esteemed education and career continues to illustrate the power of determination and hard work.

Thank you Judge Rutledge for your service to the citizen of our country, both in your military and civilian careers, and for encouraging future generations to RISE ABOVE!