In 2012 when Darcy Castro interviewed our blog subject – Harold “Red” Kempffer – he talked about the effects the March 18-23 1944 eruption of Italy’s big volcano, Mount Vesuvius, had on American bases and airplanes. Tuskegee Airman Joe Gomer had also mentioned seeing the bright red lava flow when flying over Vesuvius while he was in Italy.  He called it, “a beautiful sight.”

Unfortunately, the March eruption was not notable just for its beauty when viewed from afar.  The contents of the hot ash cloud it belched out for almost a week did a number on about 80 parked USAAF B-25s from the 340th Bombardment Group at the Pompeii Airfield, not to mention the ash and cinder buildup on everything as it landed and cooled.

The weight of the cinders and ash caused these B-25s to sit back on their tails. Their Plexiglass noses, etc. are covered to try and save them from melting due to the hot cinders falling from the volcano’s ash cloud. Note the ash piled on the ground around the airplanes. 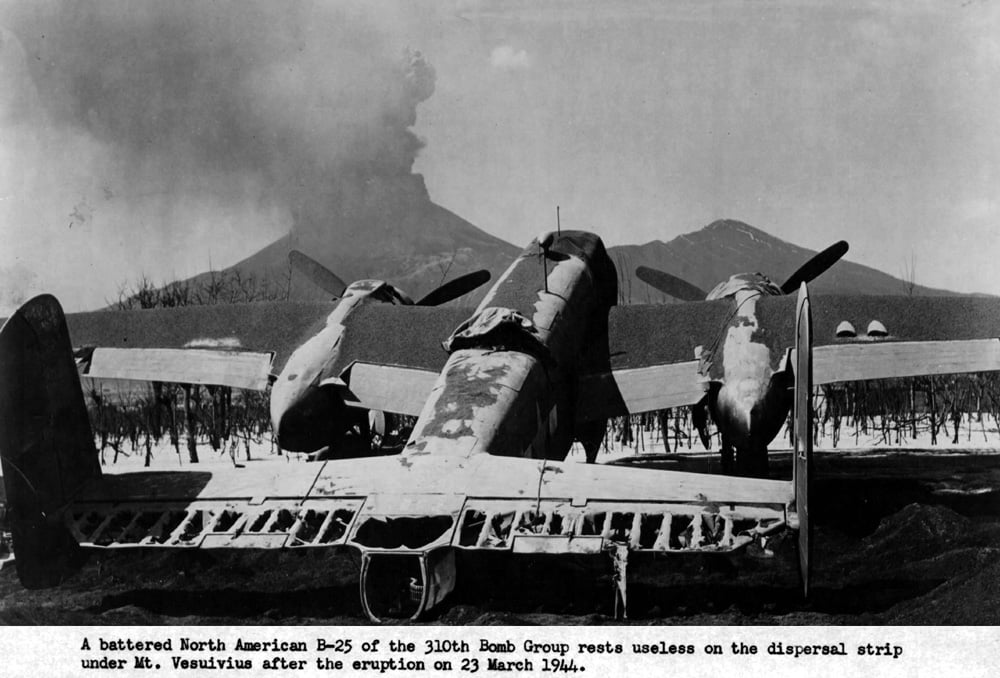 The tail “fabric” was destroyed by the hot ash and cinders from Vesuvius (in background).

The 324th Service Group was brought in to help salvage the bombers. It was a tough job since the ash and cinders were still on the ground around the area and each step raised a cloud of dust. 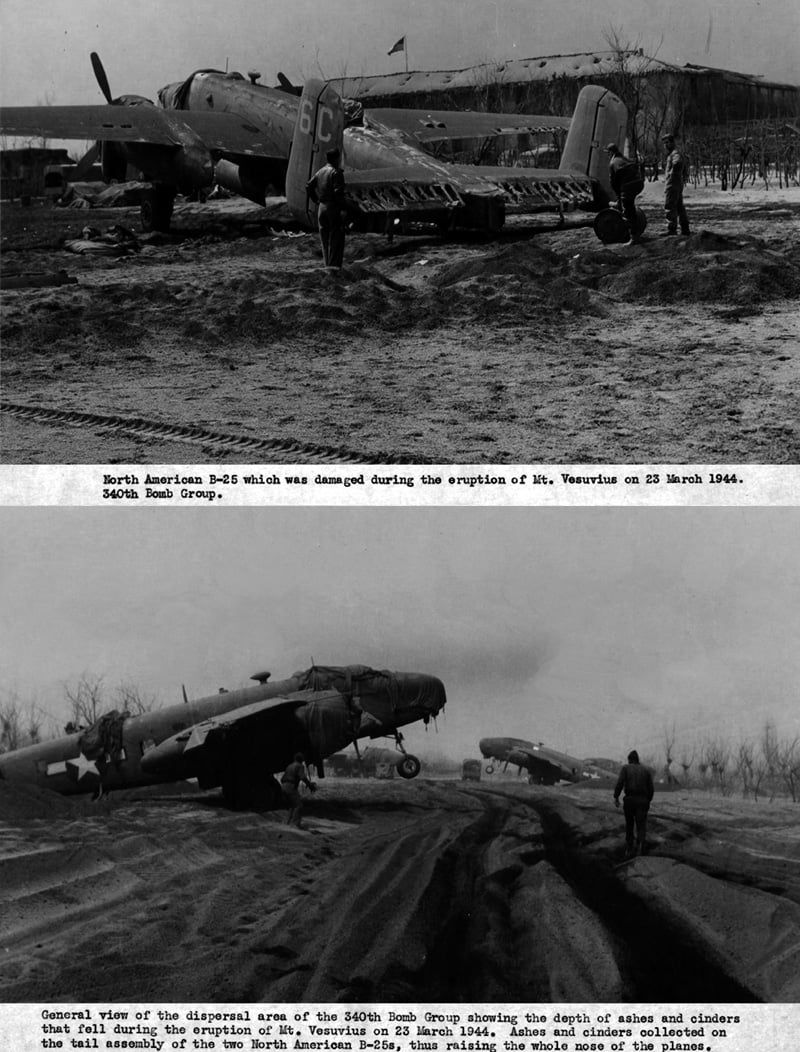 Where to start?  Remember, these guys had to work on 78 bombers that sustained damage from the eruption.

Of course, the air base was not the only area that sustained damage.  Local towns also felt the effects of the volcano’s ash and lava.

When the bulldozers were done on the air field, they went into the towns to clear the streets.

Nothing could stop the lava flow as it oozed through fields and towns. 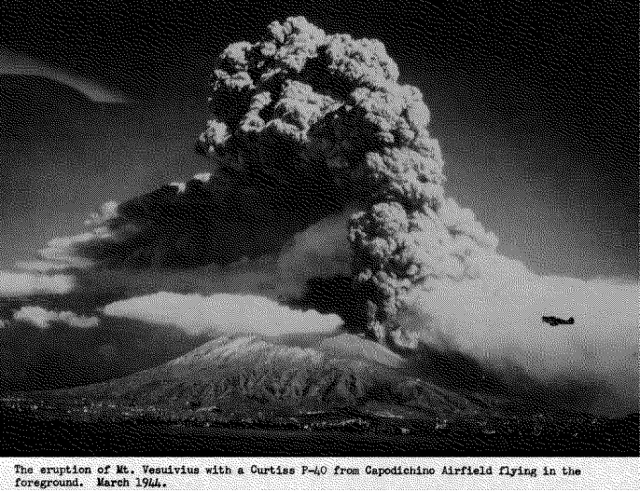 Sorry, this is so blurry but you can make out the steam rising from the lava as it moves along.  Hot stuff!

These photos were taken by Eddie Little of the 489th Bombardment Squadron, the 340th Bombardment Group.  As awful as it was, to put this 1944 eruption into perspective it’s important to note that the volcano’s eruption in 79 A.D. completely buried the cities of Pompeii and Herculaneum with 13-30 FEET of ash as the result of pyroclastic flows (hot gases that run down the slope of a volcano at high speed, killing everything in its path).  That event caught many people unaware and the flow’s hot gases killed them where they stood or slept.

After the two cities were buried by Vesuvius, they were basically forgotten until the mid-1700s when excavation started in earnest, based on earlier discoveries of some frescoes and mosaics.  A man named Giuseppi Fiorelli was supervising the excavation in the 1800s when he realized that the empty spaces they were finding were in fact where people and animals had died. Their bodies had decayed away but the ash around them had hardened so that plaster could be injected and the victims’ positions could be recreated. This sounds gruesome but seeing these “statues” in person (as I have) really helps visitors picture the scope of the event, even after so long a time. 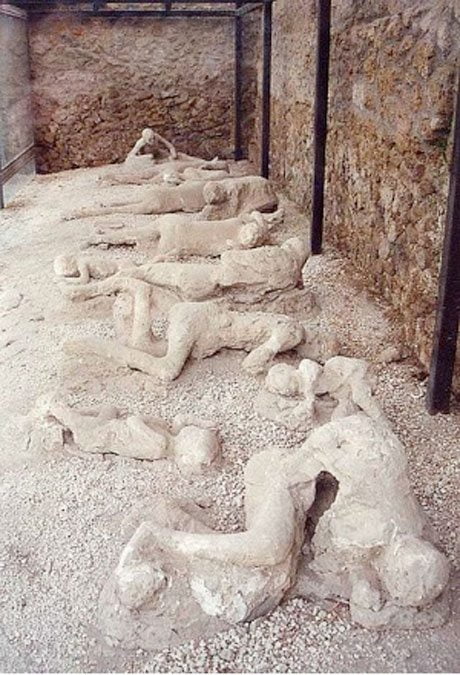 More than 3 million people live close to Vesuvius these days so let’s hope the mountain continues to behave itself.  While the warning systems are in place if the volcano starts to come alive, evacuating so many people will be a logistical nightmare.