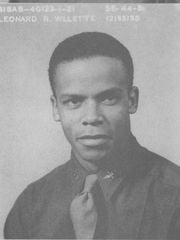 Leonard R. Willette was born March 17, 1921 in Belleville, NJ, the second of six children of Lawrence and Leonora Willette. Growing up, he was an avid artist, winning several awards for his art. He was a member of the track team and illustrated his high school yearbook before he graduated from Belleville High School in 1939.

Willette illustrated the manuscript of the play, “Let Heroes Live” written by his mother, who was a respected writer, playwright and lecturer. The work was based on the book, “This Troubled World” by First Lady Eleanor Roosevelt. The mother and son team presented the work to the First Lady in person at an event in New Jersey in 1939, and the three were photographed for the local newspaper.

His parents were both highly educated and pursued flourishing careers. Higher education was important to their family, but when the U.S. entered the War, Willette decided to answer the call to service and joined the Army Air Corps. At the time, he had been accepted into an art program and was a student at New York University. He also had attained a coveted appointment to the U.S. Military Academy at West Point, but turned it down in order to join the war effort more swiftly. His father has also been an officer in the Army during World War I.

Willette was selected for pilot training at Tuskegee Army Airfield, where he graduated on February 8, 1944 in class 44-B-SE. After preparing for combat, he deployed to Italy to serve with the 99th Fighter Squadron where he flew a P-51 Mustang he named Wrong Woman.

On September 9 of that same year, after completing an escort mission with the B-17 bombers of the 5th Bomber Wing over Munich, Germany, Willette’s plane began having engine trouble. He notified his wingman that he was losing oil pressure at 21,000 feet and would try to bail out. By the time his wingman circled back to try to escort him in, Willette’s plane was seen descending through the clouds, and was eventually lost near Lake Chien in Germany.

Upon learning of his death, the First Lady invited Mrs. Willette to the White House so she may deliver her condolences in person and the two met once again on January 21, 1945.

Willette is laid to rest in an American cemetery in Avold, France.

In 2018, the community of Belleville honored Willette with a memorial placed near the location of his family’s home. Visitors can now pay their respects to this American hero at Leonard R. Willette Way, proudly displayed at the intersection of Stephen and Academy streets in Belleville. See the memorial in the CAF Red Tail Squadron Virtual Museum. 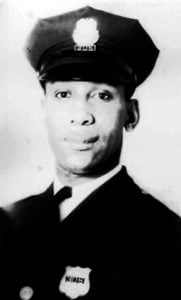