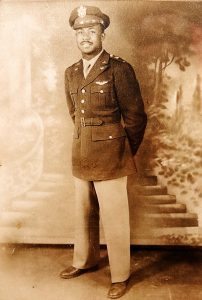 Growing up in Sumter county, South Carolina, young Leroy Bowman dreamed of flying planes. Little did he know just where that dream would someday take him.

Leroy was one of the original Tuskegee Airmen that helped to break the color barrier in the military.

“He was a hero but he did not act like a hero. He did a lot for this country but he didn’t talk about it; he just did it. When the nation called, he answered the call and did what was asked of him,” said his son, George Bowman.

Bowman’s journey to becoming one of the military’s first African-American pilots began in 1941, when he joined the U.S. Army Air Corp, and later became an aviation cadet at Tuskegee Army Air Field.

He graduated in 1943 as a second lieutenant and was assigned to the 332nd Fighter Group and the 99th Pursuit Group which escorted bomber groups to and from their targets. They earned the nickname “Red Tail Angels” from grateful bomber crews. Bowman flew 36 combat missions against the German Luftwaffe.

In an earlier interview Mr. Bowman said, “We had to set the example. If we had failed, it may have been at least another 50 years to get where we are today.”During World War II, Mr. Bowman flew the P-40, P47 and P-51. He said his main duty was to do dive-bombing. Later, he escorted bombers.

He was assigned to the 332nd Fighter Group, the largest in the corps. The group flew missions over Italy and North Africa. Escorting American 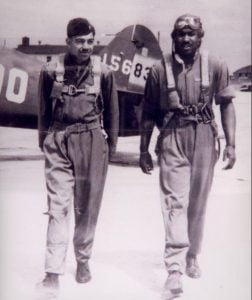 1941; Bowman is on the right; Charles Hall is on the left

bombers, they were credited with shooting down more than 100 enemy aircraft.

After the war, he earned degrees from Morris College and Hofstra University in Hempstead, New York and accepted a job as a teacher, leading to stints as a principal and administrator.

“I didn’t really have my heart in it, so I decided it would be better for me to do something else.” Bowman said. In 1951, he returned to the Army until his retirement as a master sergeant in 1968.

“I went back into the military just before the start of the Korean War. After both periods in the military, I ended up serving close to 23 years.” 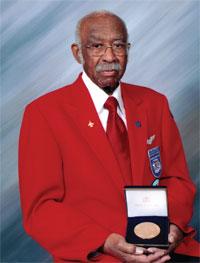 In 2007, Bowman was among 300 original Tuskegee Airmen who received a bronze replica of the Congressional Gold Medal Award, given by President George W. Bush.

“When we received notice of the award, we were elated but not excited. It wasn’t until after we met and discussed it that we decided we had to attend,” Bowman said. “It was an honor they were giving to us as representatives of what had been done before, which was the exciting part.”

The Tuskegee Airmen’s Congressional Gold Medal is housed at the Smithsonian Institution.

Visit the Red Tail Virtual Museum to see a road on Shaw Air Force Base was named for two Sumter natives, Leroy Bowman and Willie Ashley, who flew with the famed Tuskegee Airmen in World War II at a ceremony on the base Thursday morning. The road, now officially “Ashley-Bowman Boulevard.”