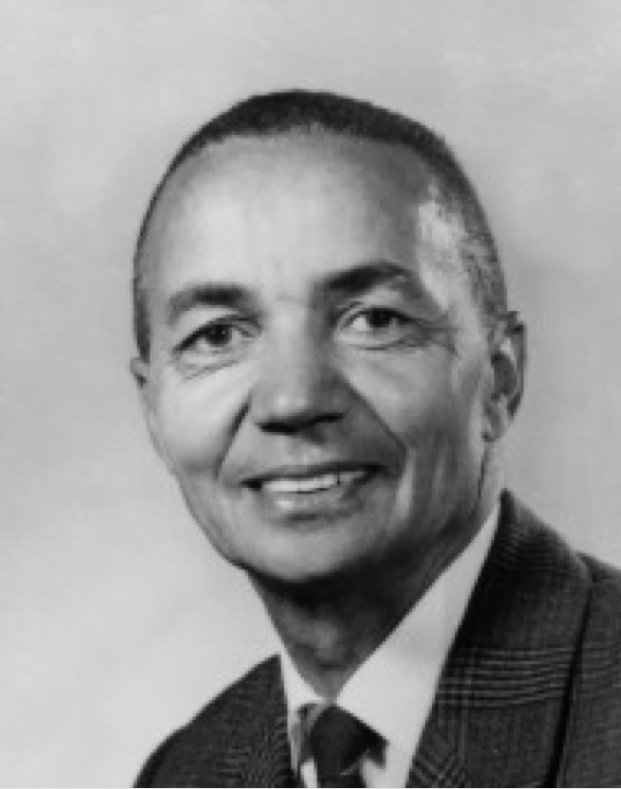 One of the lessons we can learn from the story of the Tuskegee Airmen is the value of having a goal – theirs was to be the first black American military pilots – and meeting it through sheer determination and hard work. Airman Lewis Jackson’s life is a prime example of how that works.

Dr. Lewis A. Jackson of Xenia, Ohio was born in Angola, Indiana, December 29, 1912, his family was the only black family in the town. He started working at the age of 8 to contribute to the family‘s income and while in grade school, he constructed model airplanes and read about cross-wind landings in encyclopedias.

At  the age of 15 he had his first ride in an OX5 Swallow in 1927. In 1929, he designed and flew his own hang gliders-biplane and monoplane. Two years later, he was so determined to fly he bought a “fixer-upper” Alco Sport monoplane and put a motorcycle engine in it. Although that airplane was destroyed during a windstorm before he could fly it, he didn’t give up. The following year, he began formal flight instruction and soloed two years later at the age of 20.

In 1930, Jackson began formal flight instruction and by 1932 he had completed seven hours of instruction in a Travelaire, a Waco 10, an American Eaglet, and a Curtiss Jenny converted to a parasol monoplane. Five different pilots provided this instruction, after which Jackson soloed in his own Waco 10 in 1932.

From 1932 to 1937 Jackson barnstormed throughout Indiana and Ohio, earning money to pay his way through college. In 1937 he acquired the Transport Pilot’s License in northern Indiana. In1939, he was rated as a commercial pilot with instructor rating. That year, he also earned his B.S. in education and got a job teaching in public schools. One of his first assignments was to teach in a one-room schoolhouse. All the while, he maintained an avid interest in the aviation world. 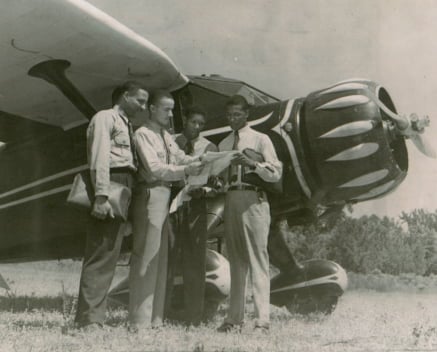 In 1940, he joined Cornelius Coffey in the Coffey and Jackson Flying School (Chicago) where several Civil Pilot Training students were taught. Jackson completed advanced acrobatic training at Chicago School of Aeronautics. In October of this same year, he went to Tuskegee where, he earned an Airframe and Power plant mechanics license and instrument rating at the same time he was teaching ground school there. In that same timeframe, he also took coursework in aerial navigation in Georgia and the Civil Aeronautics Administration Cross Country Instructor Course in Boston.

Back in Tuskegee, Dr. Jackson became Director of Training for the 99th Pursuit Squadron, the first black military aviation squadron. He instilled his own passion for educational excellence and flight to his students. As a result, on three separate occasions his students ranked first in comparison with the other 22 schools in the Southeast Army Air Corps Training Command.

After the war Jackson moved to Ohio where he became an FAA Flight Examiner and tested over 400 pilots for flight certification from 1947-1960. He developed an aircraft computer called a NAV-KIT, which was used by many pilots in obtaining their licenses. Other activities included a multi-engine rating and appointment to the Citizens Advisory Committee, FAA, President of Experimental Aircraft Assoc. Chapter 382 for three years and Experimental Aircraft Association technical adviser as well as membership in Aircraft Owners & Pilots Association and the OX5 Aviation Pioneers.

“An airplane in every garage.” That was a goal of Dr. Jackson. Until a few months before his death, he was still working on such a design–a roadable airplane, which would accommodate the common man-an airplane, which could be stored at home and towed or driven to the airport. In 1956 Dr. Jackson created and flew the Versatile I (the first of ten experimental airplanes) developed to serve as both an airplane and a car. The idea was to drive it to the airport, take off, return, and then drive it home. In the early 1960’s Dr Jackson created and flew a different experimental plane, which folded its wings for land travel. Only 16-feet long, the plane would fit in a garage, once its 12-foot wingspan was folded. On the highway it operated like a three-wheel motorcycle, cruising at 35 to 50 MPH. The propeller was behind the passenger compartment in a slot surrounded by body, wings, and tail. This design created enough attention in England to cause the Editors of Jane’s All the World’s Aircraft to portray and describe it to their worldwide membership of subscribers. Dr Jackson was not able to market any of his experimental airplanes due to either design flaws or the inability to produce the product economically with the level of government regulations to be met.

In 1948, Jackson obtained a Master’s Degree from Miami University, Oxford, Ohio, and in December 1950 a Ph.D. in Higher Education from Ohio State University. The title of his dissertation is A Study Of Aviation Courses and Facilities in Higher Education in the United States with Predictions and Future Trends. He spent a year as Associate Professor of Aviation at Ohio State University. Jackson has also produced an unpublished book entitled, The New Fundamentals of Flight.

Dr. Jackson’s life was also dedicated to education. He began teaching in 1936 in a one-room, eight-grade school. After World War II in 1946, he began teaching at the college level, and served in many college and university administrative positions including Graduate Dean, Dean of Students, Vice President for Academic Affairs, Acting President and President, Central State University, and Acting President and Vice President for Administration at Sinclair Community College.

One of Dr. Jackson’s great interests was in entrepreneurship. In 1974 he fostered the business entrepreneur program at Sinclair Community College. He firmly believed that more students should think as employers and thus be more self- reliant; that, in this way, students would be taught to create employment.

Jackson served a number of years as a member of the Greene County Regional Airport Authority and the Board of Directors of the Xenia Area Development Corporation. 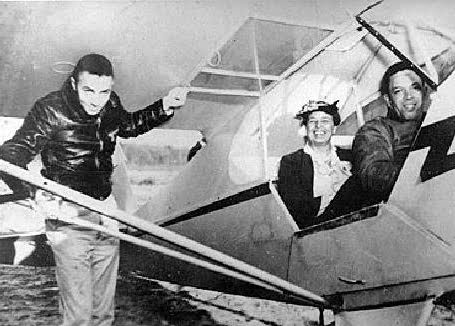