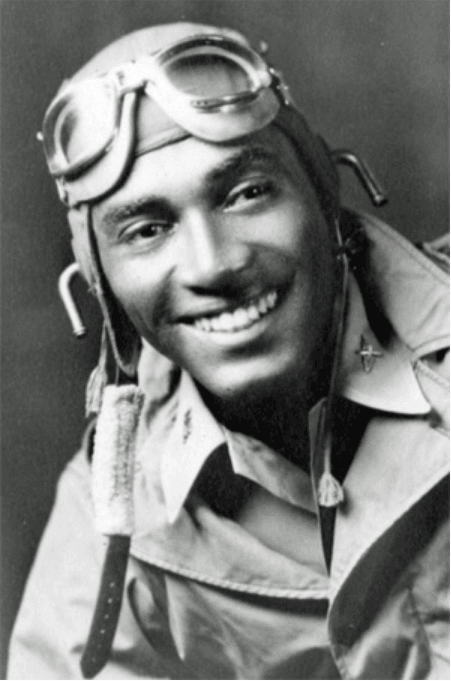 Lt Roosevelt Stiger was killed after his plane plummeted into the Adriatic Sea.

Stiger of Jackson, Mississippi, graduated from flight training on March 12, 1944, at Tuskegee Army Air Field in Alabama. He deployed to Italy with the 302nd Fighter Squadron.

During a bomber escort mission to Vienna, Austria, on Oct. 7, the second lieutenant reported trouble with his plane, a P-51 Mustang nicknamed Nona.

“Lt Stiger was flying my wing in a flight of four,” Capt. Milton R. Brooks wrote in a military report. “About 10 minutes inland from the coast of Yugoslavia, he called that his oxygen was low, so I told number three and four men to stay above the overcast and I would take Lt Stiger down from an altitude of 23,000 feet. I went to 13,000 feet near the coast and as I started out over the water the ceiling finally forced us down to about 3,000 feet.

“About 15 minutes from the Italian waterland, the visibility and ceiling were poor. I noticed Lt Stiger turning into me from my left, so I immediately called a right turn to prevent his running into me. He looked as though he was diving into the water, so I told him to pull up. I came up into a slight opening and he came up on my right. A few seconds later his plane went into a straight dive down. This was at an altitude of approximately 600 feet.

“Seeing no possibility of recovery, I switched to Channel D and called ‘mayday’ in the hopes that he may have got out. Visibility was so poor that in my circles while calling ‘mayday’ I couldn’t see any trace of him.”

Stiger was not seen again. His name is included on the Tablets of the Missing at the Sicily-Rome American Cemetery and Memorial in Italy. According to a government database, he was awarded a Purple Heart for his military service.