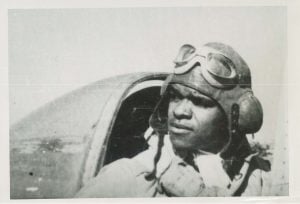 Character. What we do with what we’ve been given. What we do in the face of adversity. What we do when times are good, and bad. In the profile of Capt Luther Smith – original Tuskegee Airman, engineer, patent-holder, community servant and father – we are given a great example of this valuable trait.

Smith’s dreams of flight began early in childhood. He held them tight, even when everyone around him and the constructs of society at the time seemed to make that dream an impossible reality. But Smith believed in the power of preparation… to be ready just in case circumstances may change and an opportunity could present itself. 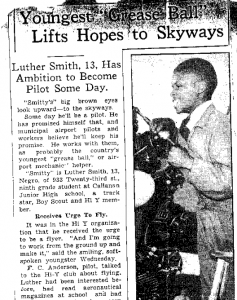 As an 11-year-old growing up in Iowa, Smith found $5 in a field used it to buy a ride in an airplane for him and his younger brother. The experience had him hooked on aviation. The tenacious young man would walk five miles everyday to the airport where he made himself useful to anyone that would have him, planning to learn all he could and one day get a seat in the cockpit. The local paper even wrote a story on him. By 1940, he had earned his pilot’s license, becoming one of the first black Americans to do so.

He didn’t stop there. Smith was determined to fly in the military, even though the U.S. Army Air Corps did not allow African Americans to serve as pilots, regardless of experience and ability. He made sure he was prepared anyhow.

When he was a student at the University of Iowa studying engineering, he knew that military pilots needed a minimum two years of college education, so to advance his chances he made sure to check that box. And as fate would have it, the Air Corps created the flight-training program at the Tuskegee Institute, and Smith went on to earn his wings in the program.

Unfortunately, the challenges of being a black in a time of severe racial prejudice and discrimination in our country did not evaporate when he became an officer and fighter pilot, volunteering to fight for our country in WWII. In fact, when he was en route to being deployed overseas, he was refused entry to a movie theater – a stark reminder of the tremendous obstacles yet to overcome. 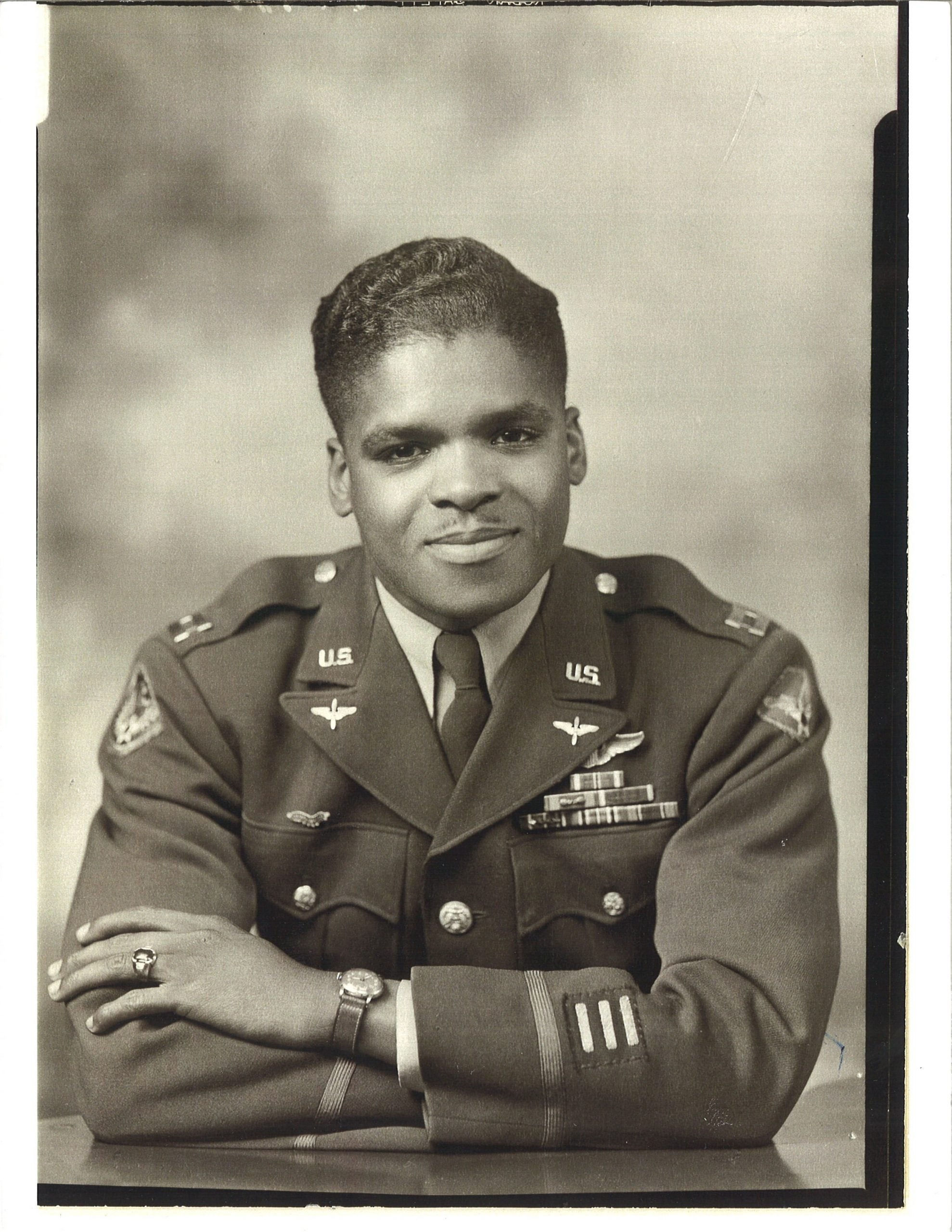 Smith’s service with the 332nd Fighter Group included 133 combat missions within eight months, destroying two German aircraft in air and 10 in ground strafing attacks. On his final mission, Smith’s aircraft was heavily damaged and he bailed out over Yugoslavia, where he was taken captive as a POW for seven months. He was badly injured and emaciated by the time Allied forces liberated him, and endured a further two years of recovery stateside. He earned numerous commendations for his service and sacrifice, but his career as a military aviator came to a grinding halt, bringing Smith an early retirement and at the doorstep of starting over again.

After completing his degree, he went on to become the first African-American aerospace engineer for GE’s Missile and Space Operations, and served the company for the entire 38-year span of his career. He consulted with NASA, developed patents, earned a Master’s degree and helped the Navy create silent submarines. All of this from a man that GE didn’t initially want to even interview – a decorated war hero, well educated, determined – because of the color of his skin.

“His professional accomplishments after the war were groundbreaking for our society,” said his daughter Deborah Smith. “My father is unique, but of the Tuskegee Airmen that survived the war, it’s impressive to look at what they’ve achieved in their lives, coming from a relatively small group. It’s a testament to these men and the talent they had that would have otherwise been overlooked.”

It wasn’t until much later in life that Smith spoke publicly about his experiences as a Tuskegee Airmen, and when he did it was captivating. “In the year 2000 my father made one of his first speeches about his service in the war and it was the first time I heard him speak of it in much detail,” recalls his son, Gordon Smith. “The Tuskegee Airmen, like my father, share a common trait of determination and perseverance, and their success underscores these qualities. They are the perfect example of not letting incredible institutional barriers get in the way. It’s the kind of model you would want to provide for any young person. He delivered that message in a very impactful way to the audiences he spoke to.”

Smith honorably served on the jury that chose the design for the National WWII Memorial in Washington, D.C. At the groundbreaking ceremony, he spoke about his time serving our country, and earned the praise of then president Bill Clinton, whom he also accompanied to Europe to mark the 50th anniversary of the end of WWII. For his service, outstanding career and commitment to his community, Smith received much recognition, including an honorary doctorate from Tuskegee University in 2006.

Capt Luther Smith passed away in 2009 at the age of 89. He remains a vivid reminder of the Tuskegee Airmen’s ability to rise above the obstacles set before them to triumph over adversity. He fought the enemy abroad and racism at home. His inspirational life story is one not only of determination, but great success. We salute you sir.