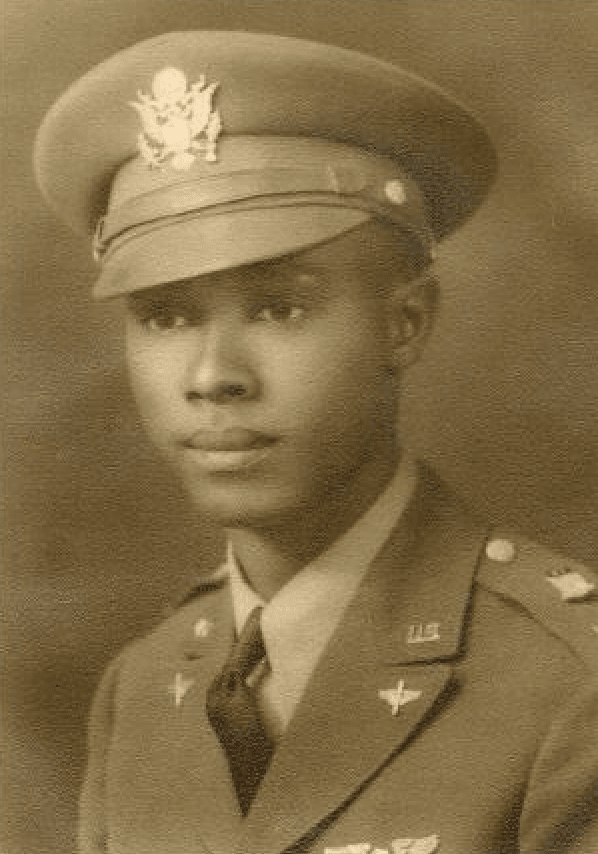 Samuel had two sisters who lived in Dayton, Ohio who urged him for years to move north. In the late 1920s, he moved with his wife and nine children in part because he didn’t want his sons to be raised in an environment where they could be lynched. He graduated from Roosevelt High School and then attended West Virginia State University, graduating in 1940 with a degree in mechanical arts. While at University he was a member of Alpha Phi Alpha fraternity. He also worked at the iron works GHR Foundry in Dayton.

On June 3, 1943, Ross married Abbie Voorhies (born August 20, 1915), a U.S. Army lieutenant and member of the United States Army Nurse Corps from Alexandria, Louisiana. She was a night shift nurse at the Tuskegee airfield where she met Mac.

Ross’s alma mater, West Virginia State College (now West Virginia State University) had a Civilian Pilots Training Program (CPTP) created by the Civilian Aeronautics Authority (CAA) in 1939 to increase the number of active pilots in America in response to the ongoing war in Europe. It cost $15 a week to attended which was paid by Ross’s father. Ross graduated. The college actively competed with Tuskegee and four other historically black colleges and universities to institute a commercial pilot’s program for African American CPTP graduates. In the end, the federal government selected Tuskegee Institute as the official commercial pilot program for African Americans pilots. West Virginia State College and the other four historically black colleges and universities would serve as feeder schools.

During cadet training, Ross’s P-40 caught fire in mid-air and he safely parachuted out; he was concerned it would be called pilot error and provide grounds for critics that blacks should not be flyers. He recalled thinking, “I’ve wrecked a ship worth thousands of dollars. Maybe they’ll start saying Negroes can’t fly”. An investigation found it was mechanical, but Ross always felt he and the others were under intense scrutiny every time they flew. The incident made him the first ever African American member of the Caterpillar Club, an informal association of people who have successfully used a parachute to bail out of a disabled aircraft. His flight instructor Col. C. I. Williams said, “Mac was a good pilot. It takes a special kind of individual to be a good fighter pilot. He was a pilot’s pilot.” 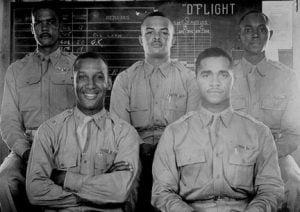 On May 26, 1942, Ross was promoted to Squadron Commander of the 332nd Fighter Group’s 100th Fighter Squadron, with Lt George Knox and SE-42-A classmate Charles DeBow serving as his adjutants. In July 1942, before embarking for combat, Ross was relieved as Squadron Commander and became the Group Operations Officer. The Operations Officer was considered one of the most important positions requiring experience. On March 27, 1943, his squadron transferred to Selfridge Field in Mt Clemens, Michigan. He commanded the squadron in additional extensive and intensive training at Selfridge and Oscoda Army Air Field.

During World War II, Ross flew over 50 combat missions in the European Theater. While in theater, he was the main pilot of the Group’s C-78 light transport aircraft. This assignment limited his combat experience.

On July 10, 1944, Ross died in an aircraft accident. A few days earlier he had been relieved as group operations officer. The reasons for his relief are not clear; according to one source he apparently did not “click well” with his commanding officer, Benjamin O. Davis Jr., while another source states Davis felt experience was essential for an operations officer and replaced Ross with “LT Alfonso W. Davis…a pilot with two years combat experience as operations officer.” On the 10th, Ross was checking out a P-51 aircraft near Provincia di Foggia, Puglia, Italy, when his plane went into a slow, shallow descent and hit the side of a hill. The official accident report called it a suicide, though his commanding officer Davis refused to accept it, even threatening the author with disciplinary action if it was not changed, but the report stuck. Little remained physically and some thought it might have been an oxygen system failure ie. hypoxia. One source alleged his mind was not on flying due to being relieved as operations officer. Notably the next day, another Tuskegee Airman with over 116 combat sorties died under similar hypoxia circumstances when his plane nose-dived into the ocean.

According to author Charles E. Francis, Ross was reticent and one of the most conscientious of his group. He had a quiet confident manner, according to his widow Abbie Voorhies DeVerges, and a positive outlook on life. “He loved people. He seemed like an all-around guy,” she said.

The tribute said in part: “No greater can a man be than to give up his life for his country … A young black man, one of ten children, a college graduate, becoming one of the first black pilots in the U.S. Air Force, then a Commander of a Pursuit Squadron, manifests these three hallowed words echoed in time: obedience, integrity and courage. As a role model for today’s youth, Mac Ross has stood the lasting test. The indomitable and unflagging determination of Captain Mac Ross in 1944 is still applicable in 1989 and will be in the year 2000. It is men like him who are the bricks and stones that make our country great… Mac Ross is a symbol of what men can achieve and what they should strive for.” NOW, THEREFORE BE IT RESOLVED, that, I, Mayor George Patrick Evans, on behalf of city government and the citizens of Selma, Alabama, do hereby recognize the bravery and sacrifice of Dallas County native, Captain Mac Ross, and urge all citizens to honor his memory and the legacy of the Tuskegee Airmen.

He was chosen for the philatelic memorial under the leadership of Postmaster Jack Kincade, who said, “Mac Ross epitomizes everything a young man or woman of today should strive for”. James Clanciolo, director of marketing and communication with the U.S. Postal Service, noted Ross’s family values and stated that he is a role model for youth.

The University of California Riverside maintains the papers of Ross’s wife Abbie. The collection comprises photographs of Ross, Abbie and other Tuskegee Airmen and nurses, Abbie’s military separation records, correspondence, news clippings, and items from the dedication of the philatelic room in Dayton. 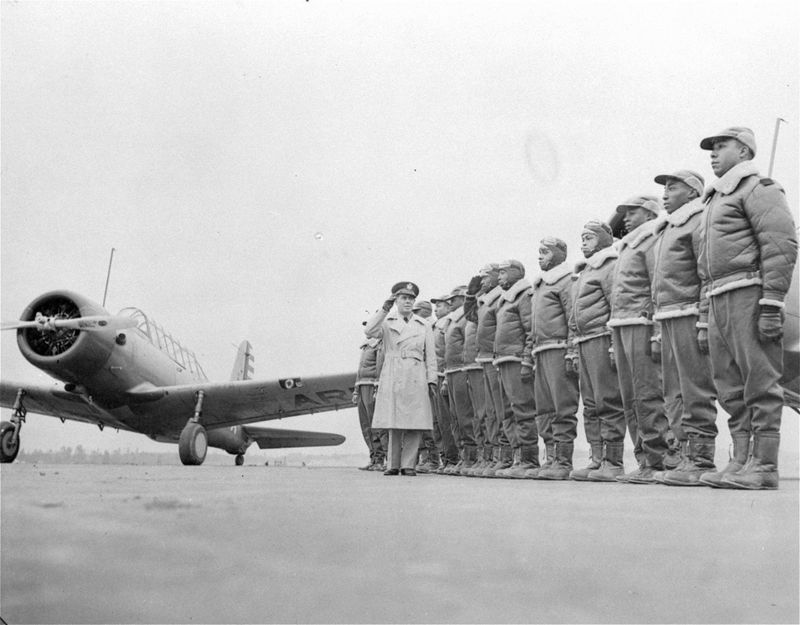 U.S. Army Signal Corps Maj. James A. Ellison, left, returns the salute of Mac Ross of Dayton, Ohio, as he inspects cadets at the Basic and Advanced Flying School for Negro Air Corps Cadets in 1942 at the Tuskegee Institute in Tuskegee, Ala. The Tuskegee Airmen were the first group of black American fighter pilots. About 1,000 black pilots were trained to fly and maintain combat airplanes at the Tuskegee airbase during World War II. (AP Photo/U.S. Army Signal Corps)