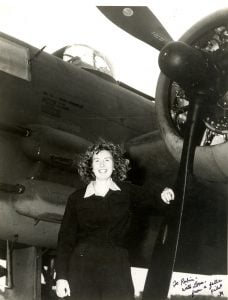 Margaret was born in Ada, Okla., on February 6, 1921, only 15 years after it known as Indian Territory. Her uncle, Robert S. Kerr, was a co-founder of Kerr-McGee Corp., and later served as the governor and U.S. Senator from Oklahoma.

Margaret rode horses from an early age, becoming an instructor at a girl’s summer camp in New Mexico. She attended Sullins College in Bristol, Va. for a year, then returned to Oklahoma. Her father, Aubrey M. Kerr, Sr., bought her a Piper-Cub airplane and she learned to fly, garnering her the skills and hours to join the elite military corps, the Women Airforce Service Pilots.

Margaret was one of the rare young women who were members of the very first 2 classes of WASP, paying her way to Houston, Texas to enter an experimental Army Air Force flight training program in December of 1942.

While in training, the young women pilots stayed in tourist courts and traveled by cattle truck or bus to the Houston Municipal Airport, where they learned to fly military aircraft. After successfully completing the six months of training, Margaret and 43 members of her class flew to Avenger Field in Sweetwater, Texas, for the graduation ceremonies on May 28, 1943. General Hap Arnold, the Commanding General of the Army Air Forces, would soon name all the graduates of the program ‘Women Airforce Service Pilots’ (WASP).

Margaret’s Army orders sent her to Romulus Army Air Base, Michigan, where she was assigned as a ferry pilot.  She ferried all types of military aircraft to points of embarkation and to air bases all over America.

In August of 1944, Margaret was piloting a B-26, trying to land at Meridian, Mississippi.  Her WASP co-pilot radioed in for landing instructions. According to Byrd Granger in “On Final Approach,” a brusque voice came back, “Get those women out of the cockpit and then come down.”  After several minutes of negotiating with the tower, clearance was reluctantly granted. In the meantime, all the maintenance crews and pilots stationed at the field made their way to the flight line, to get a good look at the ‘girl’ pilots.  When the two WASP stepped out, the male pilots and other personnel were shocked. No one on the Army air base knew what a WASP was.

As a WASP, she ferried military aircraft throughout the United States during WWII to free all available male pilots for combat. From her base in Romulus, Mich., she delivered America’s most powerful aircraft–including P-51s, P-39s, P-40s, P-46s, B-25s–to airfields around the country. On March 10, 2010, Congress awarded Mrs. Boylan and all WASP the Congressional Gold Medal in a ceremony at the Capitol.

Following the war, she attended Columbia University in New York and later worked in public relations for Northeast Airlines. She met her future husband, Robert J. Boylan, at a conference of the Aviation Writers’ Association in Montreal in June 1948. They were married six weeks later. She and her husband moved to Alexandria, Va., where they lived for three years until Mr. Boylan joined the U.S. Foreign Service in 1951 as a cultural attaché. The family was posted to Singapore.

Mrs. Boylan later lived in Australia, Japan and India, returning to Washington, D.C. in 1962, where she and her family took up residence in Georgetown. She worked for the Federal Aviation Administration in congressional liaison and later directly for the administrator from 1964 (with a two-year leave of absence when her husband was stationed to Calcutta) until she retired in 1986.

Mrs. Boylan’s high spirits, grace and natural warmth attracted friends and the devotion of her large, extended family throughout her life.  She and her husband entertained graciously throughout the years and had a reputation for making even the most formal occasions fun and memorable.

Margaret was a true pioneer, a fearless flyer and an inspiration to her family and all who knew her. 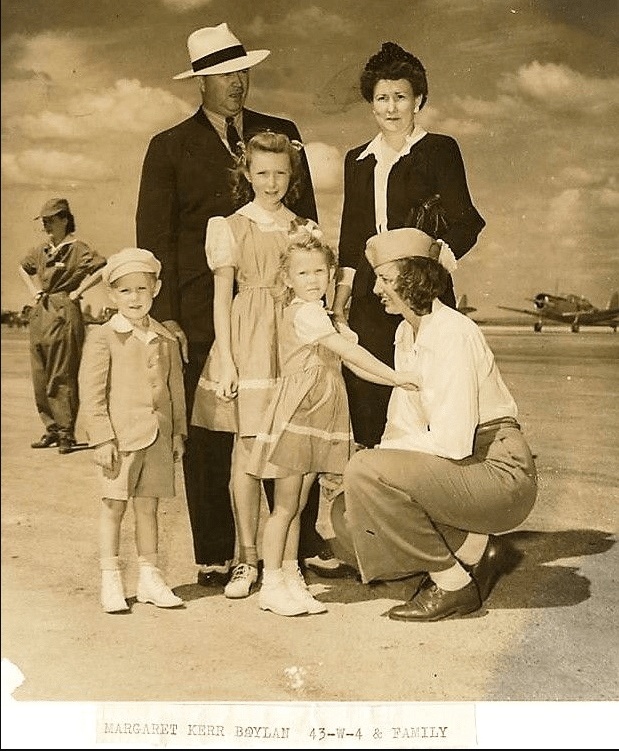