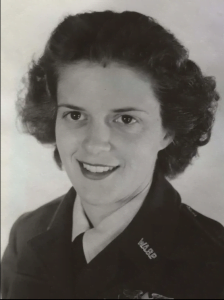 Mildred “Jane” (Baessler) Doyle attended what was then Grand Rapids Junior College in 1940 and in a 2014 interview summed up her experience this way: “Junior college changed my whole life — my whole plan.”

She had intended to go into architecture because her brother wanted her to join him in his business. At that time, GRJC didn’t have an architecture program, but Doyle took engineering courses that would transfer to the University of Michigan. It was while she was in one of those engineering classes that the instructor made an announcement that caught her attention: GRJC President Arthur Andrews had received federal approval to run a Civilian Pilot Training program.

“They said they’d let one girl in for every nine fellows, so I had to pass a physical and I got into the flying program that summer,” Doyle said.

After completing the program, she transferred to U of M. She earned a bachelor’s degree in architecture and interior design in 1943 — while keeping up her flying time with the Civil Air Patrol.

After graduating, Doyle joined the Women Airforce Service Pilots. She and the other WASP recruits flew stateside missions for the military to free up male pilots for overseas combat.

She was part of an elite group: Of the 25,000 volunteers, fewer than 2,000 were accepted into the WASP program and 1,078 of them graduated from training. They transported aircraft, equipment and personnel, and performed flight tests on planes that had undergone repairs. While they worked with the military, they were considered civilians. They had to cover the costs of their housing, travel and even their uniforms. If a pilot in the program died — and 38 did — her family paid the costs to transport the body home.

“My family encouraged me in anything I wanted to try,” Doyle said in a 2007 interview for the Women Veterans Historical Project. “And my brother, at that time, was in the Navy, and my oldest sister was in the Red Cross in Texas. And so, my family were very patriotic people, and they were proud to have us serve.”

She met Don Doyle, a flight instructor at the Seymour, Ind., air base where she served, and they married at the base chapel in August 1944.

After the WASP program was disbanded in December 1944, she worked with visually impaired children for a few years and then for Aquinas College, all the while raising her five children.

Doyle and the other WASP members received military veteran status in 1977. In 2010, she and the other surviving pilots were honored with the Congressional Gold Medal. In 2019 at the age of 96, she was the last living WASP in Michigan, according to Texas Women’s University, home to the organization’s archives.

Doyle received the Distinguished Alumna Award during GRCC’s commencement on April 27, 2019 in Ford Fieldhouse, 226 Lyon St. NE. The award honors those who have earned at least 30 credit hours at the college, have made substantial contributions to the good of their fellow beings and have served as a positive motivational force for others.

Watch her interview at Warbirds in Review during AirVenture, Oshkosh WI. 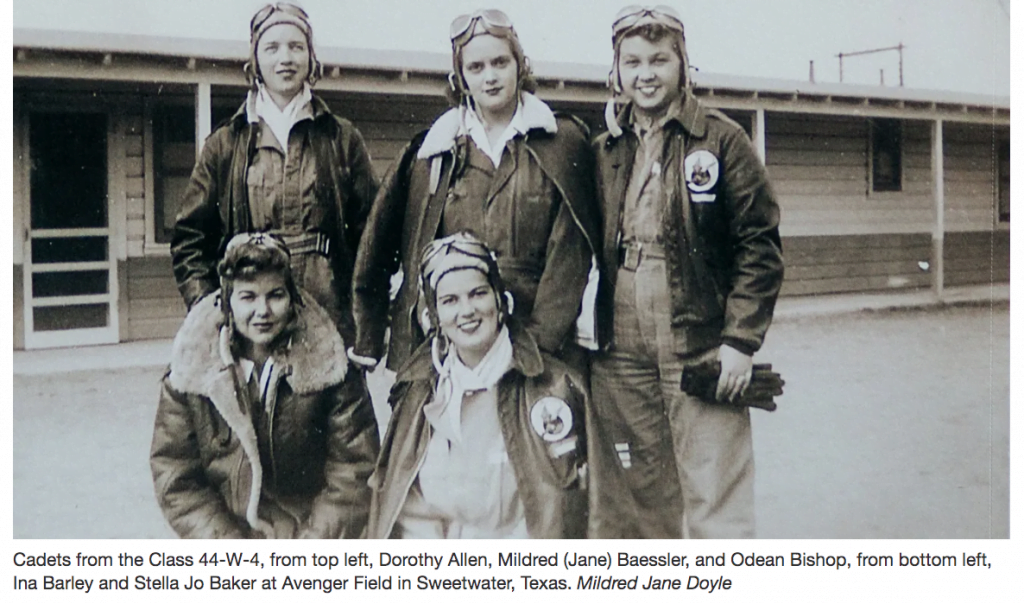