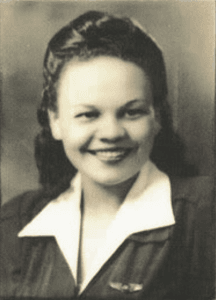 Mildred was born on Sept. 14, 1921 in Benson, AL to industrious and successful parents. Her mother, Mamie Hemmons, was a businesswoman and postmaster in the small community and her father, Luther Hemmons, was foreman of a local sawmill, both extremely rare accomplishments in the rural south in that era.

As a youngster, Mildred moved a number of times; first to Tuskegee with her parents and later to Bricks Junior College in North Carolina. Her father served for a short time as the business manager of the school. Bricks Junior College closed during the Great Depression and the family moved again. She finished high school at age 15 in Holly Springs, MS. Her mother worked there as a Rusk College Matron.

The family moved again to Tuskegee, where Mr. Hemmons was hired at the renowned Tuskegee Veterans Administration Hospital. He was a co-founder of the Tuskegee Federal Credit Union and was a litigant in the famed Gomillion v. Lightfoot U.S. Supreme Court case that outlawed racial gerrymandering.

Mildred was equally industrious. She entered college at 15 and earned her business degree before she was 20.

During that time, she kept seeing all these young men by the dozens apply to become pilots and thought to herself, “I can do that.”

She was denied entry into the Civilian Pilot Training Program the first time because she was too young, but was granted entry the next year and became the first woman graduate. In the meantime, she was also making history as the first civilian to be hired as a clerk at Tuskegee’s Army Air Field. Her first job: bulldoze trees to make way for the airfield.

On February 1, 1941, she made history, becoming the first black woman in the state to earn her pilot’s license. She was taught to fly by history maker, Charles Alfred “Chief” Anderson, a man known as the Father of Black Aviation.

A month later, flying solo, she came in for a landing at Tuskegee. As she set down the plane, she saw a commotion and a throng of photographers.

She was told somebody wanted to meet her.

“How’s flying?” asked first lady Eleanor Roosevelt, who had come to the airfield to publicly support the project. A photographer captured the young female aviator standing next to the first lady, who towered over the 5-foot-5 pilot.

The first lady’s visit garnered headlines across the country. Mrs. Roosevelt hopped in a plane with Chief Anderson, and the two flew together for 30 minutes. The first lady’s message was unequivocal: Blacks were more than capable of flying. 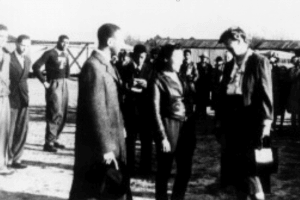 Mildred was keenly aware of the preparations for war during this period and was intrigued by the Army Air Corps recruitment of women aviators in the Women’s Air Service Program (WASP). Arguably, it was run by the most renowned and influential female aviator of the day, Jackie Cochran.

With pilot’s license in hand, a hopeful Mildred applied for the program. Later, she received an official letter signed by Jackie Cochran, WASP Commander, stating that: “The US Government does not have plans at this time to include Negro female pilots in the WASP.” She was very disappointed that she was not able to fly in the program. 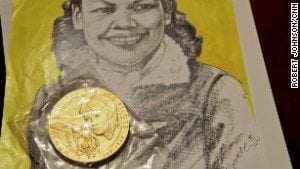 In February, Mildred Carter received a WASP medal with the inscription_The First Women in History to Fly America

It wasn’t until she was 70 years old that she finally received a letter recognizing her retroactively as a WASP.

By then, Mildred had her business degree and well over 100 hours of flying. She was named “Miss Tuskegee Army Flying School” by the airfield newsletter, and Anderson ranked her among his best pilots.

Aviation would always be central to Mildred’s life. At Tuskegee, Mildred met her husband-to-be, Herbert Carter. He, too, went through the CPTP and then advanced training before joining the Army Air Corps as a cadet. Herbert became a member of the 99th Pursuit Squadron, better known as the Tuskegee Airmen.

Mildred pinned on his coveted rank at each promotion ceremony. Herbert, or “Gene” as he is known to his fellow Tuskegee Airmen, was the Iron Man of the group. He served as Maintenance Officer of the Original 99th Pursuit Squadron and the 332nd Group and also flew 77 Combat Missions during WWII. 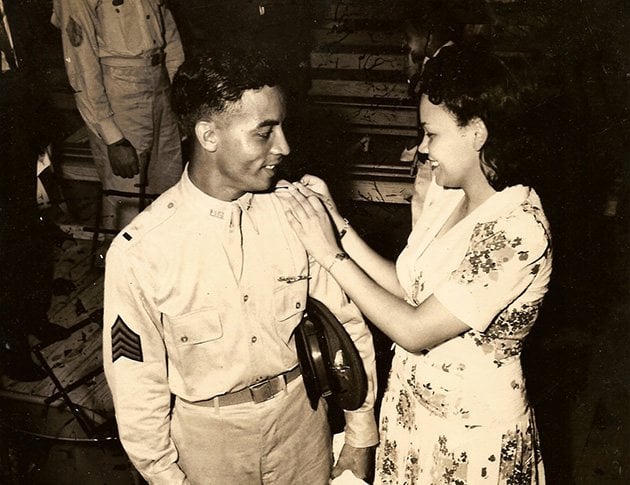 Known as the Tuskegee Airmen Organization’s “First Family,” the Carters were married for nearly 70 years. Carter’s days of flying included an in-flight rendezvous in which she and her husband Herbert met above a local lake to send “I love you” signals in the air.

When her husband Herbert went to war, she saw a film at the theater about the Tuskegee Airmen and right on the screen was her husband, one of the original 33 pilots, tending to his aircraft. She cried.

The nose art on his fighter airplane was “MIKE,” his pet name for Mildred. She called him “Geno.” The endearing names quietly defined an enduring 70-year relationship of great caring and respect.

In the U.S. Air Force, they served as critical role models for those of us who followed in their footsteps as officers. Mildred supported Gene in his military career, integrated base facilities and clubs and helped raise a family of three. He served as: an advisor to the German Air Force after the war to help rebuild their forces; North American Air Defense Command F-106 Fighter Pilot at Loring AFB, Maine during the Cold War; and served two tours as Commander of AFROTC Detachment 015, Tuskegee Institute. After he retired, he served as the Tuskegee Institute as Assistant Dean of Admissions.

Mildred kept up a keen interest in aviation through her husband’s Air Force career, flying with Chief Anderson and others in Tuskegee and participating in the Annual Tuskegee Fly-Ins. She often climbed into visiting WWII military training aircraft and received “stick” time. After recovering from hip surgery a few years ago, she climbed into the back seat of a PT-17 biplane and did aerobatics. Pilots at the airport bragged that Mildred could fly anything with wings on it.

In recent years, she became a major inspiration for numerous students at Air Tuskegee, the Moton Field FBO — especially the female students. She told them that they could be better pilots than the male students and challenged them to move forward with their dreams. Ten females subsequently received their ratings.

We can never repay the Carter’s and the other Tuskegee Airmen for their inspiration and the outstanding example of excellence they have provided this nation. Mildred was an integral part of that!

In September 2011, Mildred Carter was honored at the Tuskegee Human and Multicultural Center with a ceremony and roses.

At the age of 90, Mildred Hemmons Carter passed away, her wingman at her side.