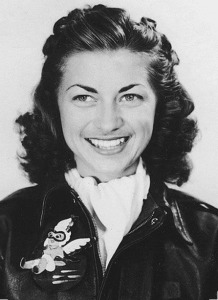 Axton was one of the first three Women Airforce Service Pilots to be trained as a test pilot and was the first woman to fly a B-29.

Born in Coffeyville, Kansas in 1919, Veteran Mildred Darlene “Micky” Tuttle Axton first flew as a child at age 11 in an airplane when local stunt pilots offered to take people for rides. After graduating high school, she enrolled at Coffeyville Community College and in 1940, graduated from Kansas State University with degrees in chemistry and math.

At that time, Kansas State University began offering pilot training classes in anticipation of U.S. involvement in World War II. Axton applied and was accepted to the program. She went on to successfully complete the course and became one of the few women to possess a pilot’s license at that time. Following U.S. involvement in World War II, many of Axton’s friends and family, including her husband and brother, were called into service. Hearing stories from her friends and family of the horrific losses overseas, Axton felt obligated to help in any way she could. In 1943, she traveled to Topeka, Kansas, and joined the newly established Women Airforce Service Pilots (WASP), formed August. 5, 1943. After passing the physical exam, Axton was sent to Avenger Field training base in Sweetwater, Texas. There, she received intensive flight training under a variety of conditions. 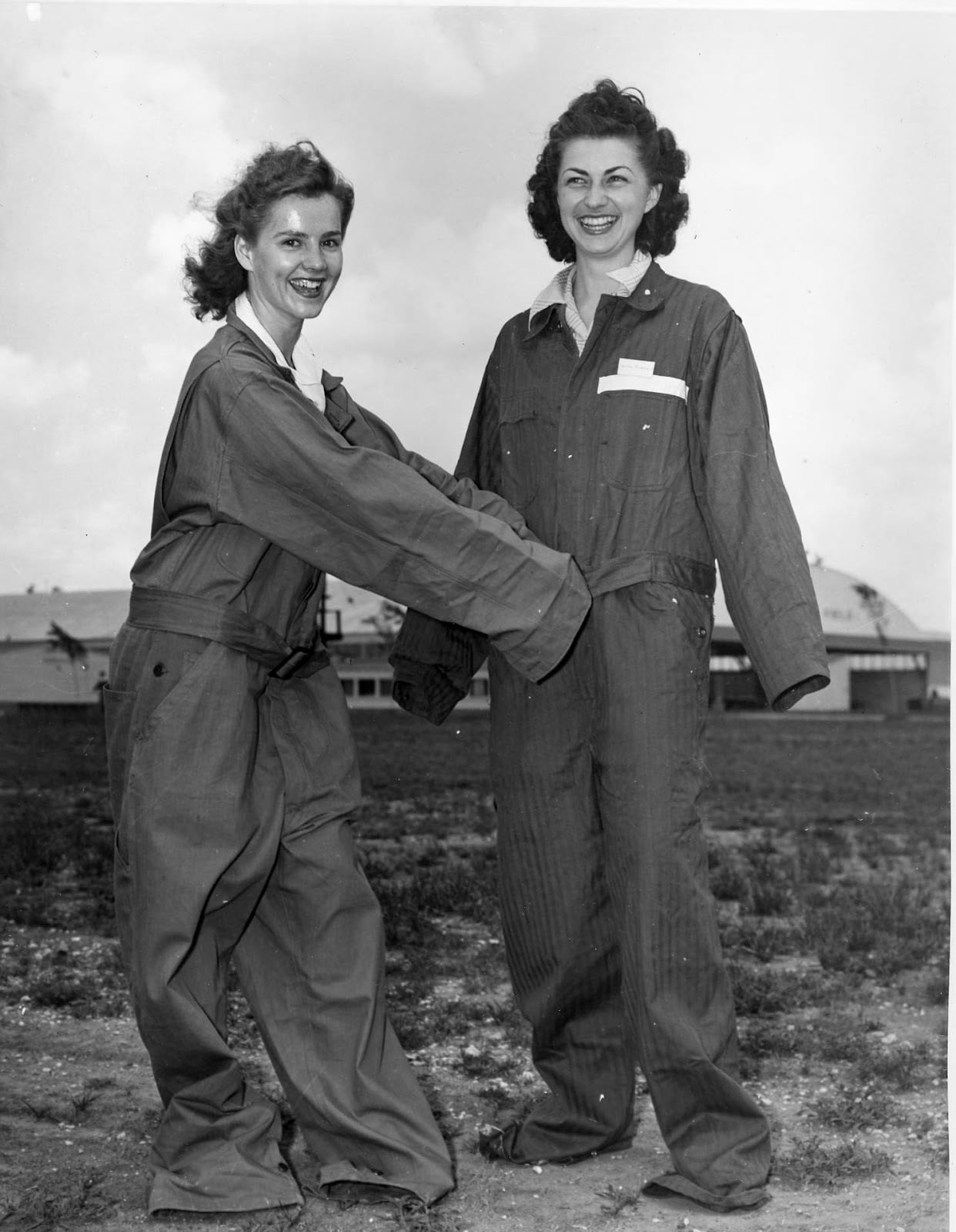 After completing six months of training, Axton was assigned to Pecos Army Air Field in Reeves County, Texas. There she was stationed as a flight test engineer, checking B-20s, B-25s, B-26s and B-29s before approving them for active service. In 1944, three months after arriving, Axton was forced to end her service with the WASP after her mother fell ill and could not care for her daughter. Axton later became a test pilot, becoming the first woman to pilot a B-29 bomber.

After deactivation, she was employed by Boeing Airplane Company in engineering flight test as a flight test crew member. According to the Boeing Aircraft Archives: “On May 4, 1944, she was one of the crew of nine aboard “Sweet Sixteen,” the 16th of 1,644 B-29s rolled out from the Wichita plant.

“I was back in the aft flight blister when Elton Rowley (chief of engineering flight test) called back over the intercom and said, ‘Micky, how’d you like to come and fly this thing?’ I was just absolutely in hog heaven!” she recalled.

“So I put my parachute on my back and crawled through the tunnel which was over the bomb bay, to the front. He gave me the left seat and I flew the plane,” Axton said. “The problem was, it was all so top secret. I could only tell my husband.” Rowley did write a letter, however, verifying her feat. Micky Axton had just made history as the first woman to pilot a B-29″ (Boeing Frontiers, May 2006, Volume 5, Issue 1)

From 1958 to 1960 she taught biology, general science, aeronautics and debate at Wichita, Kansas, East High School.

Micky was inducted into the International Forest of Friendship and received numerous awards, including “Distinguished Service Medal” by the International Confederate Air Force, “Aviation Historian of the Year,” and “Distinguished Alumni” by the American Association of Community Colleges. The Jayhawk Wing of the Confederate Air Force named their beautifully restored PT-23 after Micky. “Miss Micky” is painted on the nose of the plane.

On March 10, 2010, Micky Axton’s family was awarded the Congressional Gold Medal by Act of Congress. It is the highest award that Congress can give a civilian.