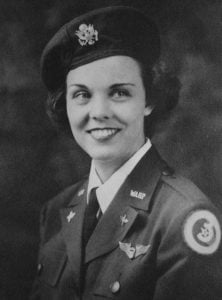 “We felt like we had the best of both worlds, because we had so many different airplanes to fly and flew so many different kinds of missions. We had the same training as the men, and we flew everything that they had in the Air Force at that time.”

Nell Stevenson grew up in Canyon, Texas and was nineteen years old and a college graduate of West Texas A&M with a B.S. degree in English and Economics in 1940 when an article about the Army Air Corps recruiting women caught her eye. “It was an opportunity for us to not only do something for our country which needed us at that time but it was actually fulfilling a dream to really use our flying for something that was really needed and that we wanted to do,” Nell said.

Nell learned to fly when she and nine others purchased a Taylorcraft in 1941. She started flying shortly thereafter at English Field, Amarillo, Texas. By the end of 1942, she had her private license plus 75 hours flying time, mostly in a Taylorcraft.

While waiting to fly on day at English Field, she saw an article in Flying Magazine that Jacqueline Cochran was interviewing women pilots to train on the Army Air Corps. She wrote to the address listed and received a letter to come to Fort Worth, Texas for an interview. Jacqueline Cochran interviewed her and she received a letter of acceptance to report to Sweetwater, Texas for WASP training – May 1943 – Class 43-7. The WASP received the same training as the male cadets.

Of course, since Nell was from West Texas, it was no big shock to her to find the dirt and the wind blowing, and for it to be hot,” she said, chuckling in an interview.

Some of these women came from more temperate climates and were kind of in a state of shock when they saw what they were getting into,” she said of her classmates. “They were used to flying back east in the green hills, and no wind. They had to learn how to make crosswind landings. Those of us who trained in West Texas, we thought that was the only kind of landing you could make.”

The school would teach the women how to fly a handful of the U.S. Army’s aircraft. Eventually, WASP would go on to fly every airplane in the Army’s inventory and cumulatively log close to 60 million miles during the war.

To put it into perspective, that’s about 125 trips to the moon and back.

“We were paid $250 a month, had to buy our own uniforms, and though we were under military orders, technically we were civil service,” Nell said. “If one of us died — and 38 women pilots did — the government wouldn’t compensate the families to send the body home.”

Parents couldn’t display in their windows the traditional gold star symbolizing the death of a child in the line of duty. Nor did women pilots receive veteran status.

At the time, though, most thought only about flying.

“It wasn’t glamorous work,” Nell said, “but getting off the ground and into the air was a wonderful feeling.”

Nell received primary and advanced flight training “just like the men,” and learned to fly B-25 twin-engine bombers, P-47 pursuit planes, a couple of Navy bombers and 15 other types of aircraft.

Those in the ferry command transported planes from manufacturer to base and one coast to the other, making deliveries as far away as Alaska, where Russian pilots would take them overseas.

At Biggs Field, Texas, Nell flew simulated bombing, gas and strafe missions. She towed target sleeves behind the B-25 for anti-aircraft boys to shoot at before going overseas.

“It was dangerous,” she explained. “They were shooting live bullets.” 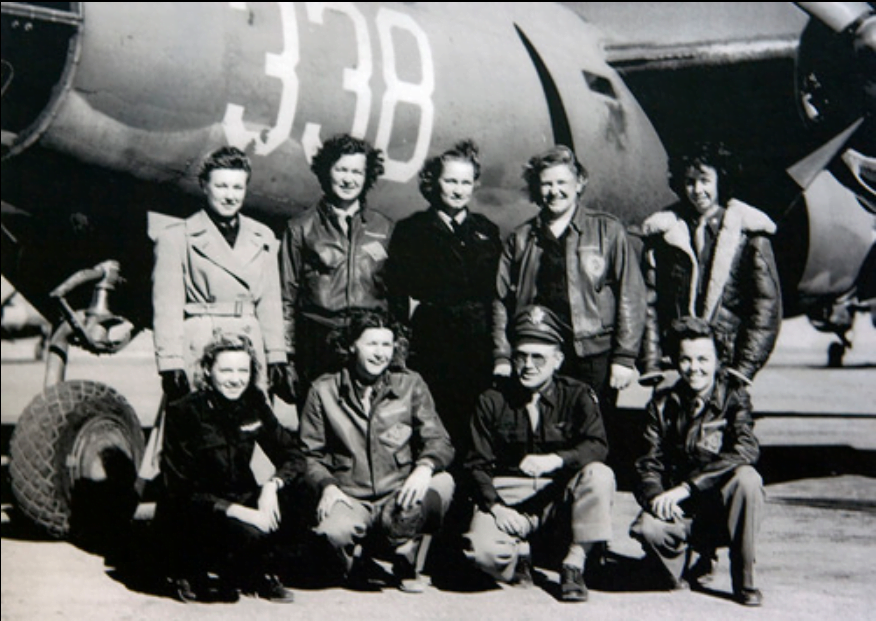 While in transition school at Mather Field, California, Nell and twenty B-25 women pilots faced inequity with the same aplomb with which they took to the air. “The commanding officer didn’t particularly want us eating in the officers’ mess, but we were officers, so we did.”

This attitude held sway when twenty Tuskegee Airmen — the first black fliers in the armed services — arrived on base and were racially segregated. “These trained pilots and officers of the U.S. Army Air Force could not eat with us in the officers’ mess,” said Nell. “We spoke up. When they were finally allowed in, they had to sit away from everyone else. That was pretty bad, so we joined them.”

When Nell’s older brother, a crew chief on a B-25 in North Africa, returned to the states for R&R, his sister — first pilot on a B-25 — offered to fly him home. “He couldn’t imagine it and wanted to take a bus.”

But he didn’t dare.

Married after the war, Nell wanted to stay in the Reserves, but she wasn’t allowed to fly, and once she had a child, she was forced out. She then followed her economics studies and became one of the first women stockbrokers in Phoenix, Arizona.

She is proud of her pioneer status among current women flying in the military. She is a member of the following: 99’s, International Organization of Women Pilots, Women Military Aviators, Women in Aviation International, Order of Daedalians (Military Pilots). 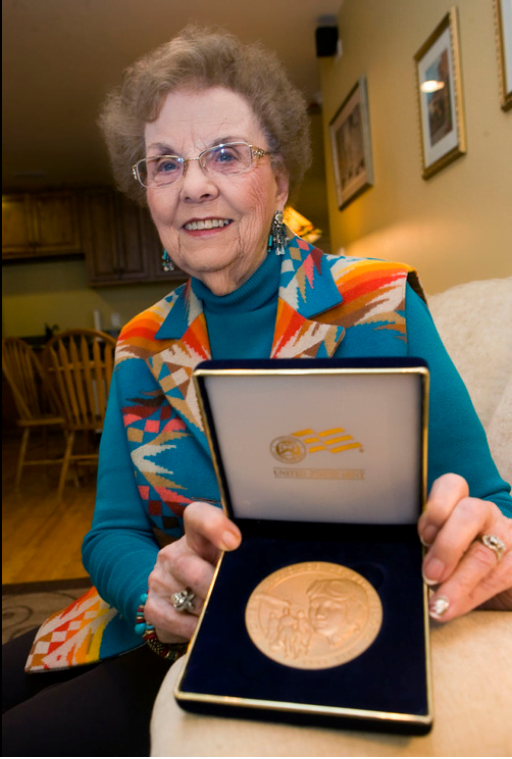 Nell holding the Congressional Gold presented by President Obama in 2010

In March 2010 the WASP received a bronze replica of the Congressional Gold Medal for service to their country. The original medal was donated to the Smithsonian Institution for display with the “Women in Aviation” display at its Udvar-Hazy Center in Chantilly, VA.

June 2014, Nell received the Minute man Award for the Utah National Guard and Honorary Colonels Corps for her service to her country and community.

November 2014, she received the 2014 Leadership and Excellence Award from Brigham Young University, ROTC.

“Our records, of course, were sealed for 30 years — they said we were the best-kept secret of World War II,” Nell said. “There are people even now that have never heard of the WASP. It’s just so great to get this history out there.”