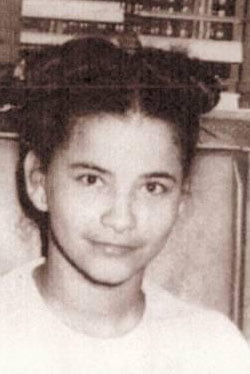 She graduated from Booker T. Washington High School in 1942 and she was only 17-years old when her brother reported to Tuskegee Army Air Field (TAAF) in Alabama for flight training.  Although very young, she convinced her parents to allow her to take the civil service examinations for civilian employment at her brother’s base. While Neomi’s parents knew that her brother James could keep somewhat of an eye on her at Tuskegee, they took greater comfort in the fact that Neomi had convinced her closest friend, Emeldia Zaragoza, to complete the same civil service entrance tests and accompany her to Tuskegee.

Neomi and Emeldia shared a room within walking distance to the base at a boarding house owned by a widowed, elderly Black woman, who “looked after them like their own mothers.”  The two young women felt safe and comfortable, and there were very strict house rules, including no boys permitted in their rooms. 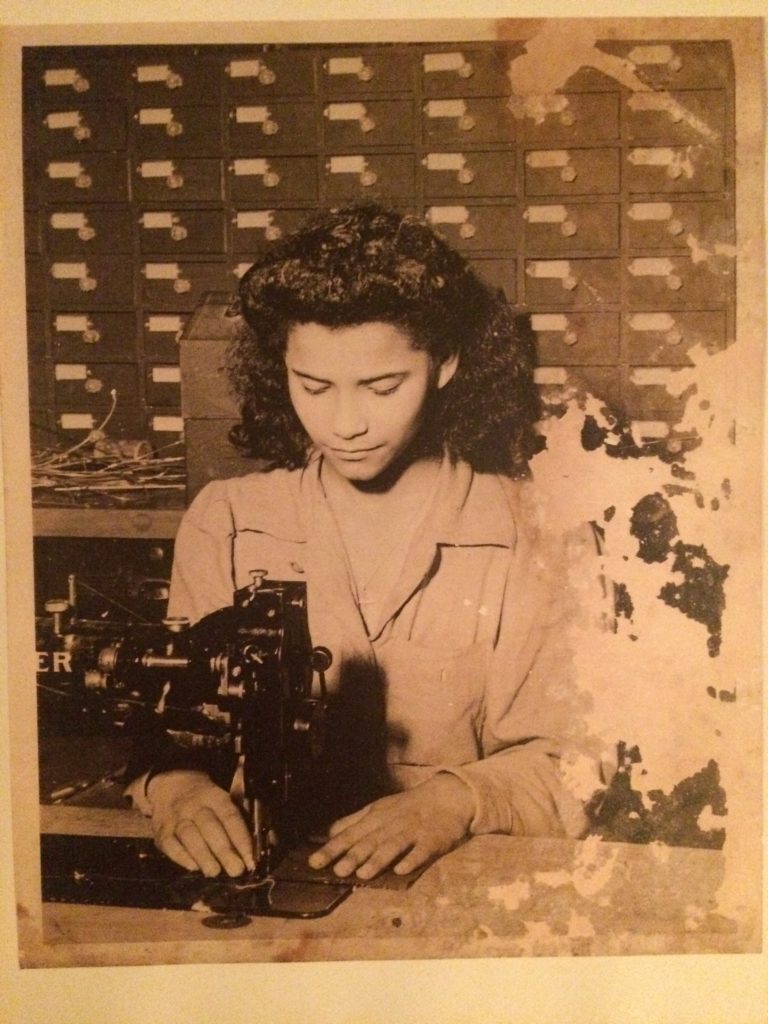 At Tuskegee, Neomi worked in the accounting office.  Although an expert seamstress, she never worked on the fabric wings of the training airplanes stationed at the base. But being very photogenic, she was often asked to pose for various promotional photographs that showed her working on airplane wings and with sewing machines as if she did.

In 1945 Neomi was selected as “Miss TAAF” for a football game between the Tuskegee Army Air Field football team and North Carolina State College.  Her photograph was widely published and drew the attention of Staff Sergeant Earnest Franklin Nelson, an airplane mechanic then serving overseas in combat with the 99th Fighter Squadron.  They had never met while he was stationed at Tuskegee Army Air Field, yet he announced to all his friends, “I am going to go back home and marry that woman.”

He did, in fact, return to Tuskegee where he initially ran into some opposition from Neomi, who considered him annoying.  He would visit her office on some pretense and then stare at her, not saying a word.  Family legend has it that eventually Neomi looked up at him and the first words she said to her future husband was, “What do you want, fool?” 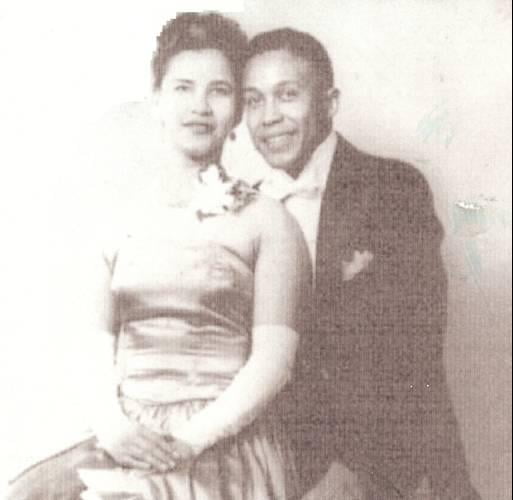 So, he finally introduced himself and Neomi married the love of her life on January 1, 1946 in a ceremony in her hometown of Pensacola officiated by her father, who was a Notary Public. After their wedding, they moved to Champaign, Illinois, Earnest’s hometown, where he served as airplane mechanic instructor at the U.S. Air Force’s Chanute Field.  It was at Chanute Field on March 22, 1941 that the 99th Pursuit Squadron, the first all-African American fighter squadron in the history of the U.S. armed forces, had been activated.

They had four children together, Carolyn Margaret, Marilyn Elaine, Earnest Franklin, Jr. and Karen Danielle.  Sorrowfully, Earnest Jr. died soon after his birth.  After his death, Neomi experienced severe depression and insomnia, until one night in a dream, her brother James, a Tuskegee Airman whose plane went down in World War II, appeared to her with Earnest Jr., in his arms, saying they were safely with God.

In 1959 Earnest left the service and accepted a position with the Martin Marietta Corporation, a major aerospace manufacturer, in Denver, Colorado.  There Neomi was employed first with the U.S. Postal Service and later with the US Air Force Finance Center.

In 1966, Earnest secured a new job with the Boeing Company in Seattle, Washington, where he worked until his retirement. Shortly after arriving, Neomi joined the Internal Revenue Service, from where she eventually retired.

Earnest passed away in March 1983 and Neomi passed away on September 11, 2010.  They are buried together at Sunset Hills Memorial Park in Bellevue, Washington.

Thank you to Dr Leo F Murphy for researching and submitting  this profile!