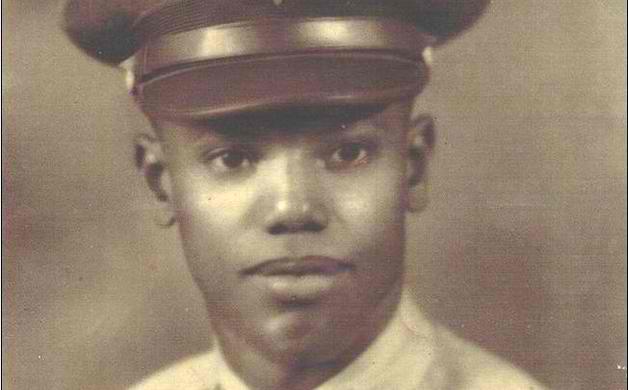 1st Lt Golden graduated from the Tuskegee Flight School in 1944. The Army sent him to Italy to fly the P-51 Mustang with the 99th Fighter Squadron during World War II. Mechanical problems forced him to bail out March 20, 1945, over Wels, Austria, where he was captured by Germans. He spent the remainder of World War II in the Stalag VII-A prisoner-of-war camp before being released when Allied forces prevailed.

During the Korean War, Golden’s P-51D Mustang night fighter was shot down Oct. 17, 1951. His fighter took a direct hit from anti-aircraft fire, burst into flames and crashed. He was initially listed as missing in action, but his status was changed on March 31, 1954, to killed in action, body not recovered.

His daughter, Marilyn Beecham-Hood, who was 9 years old when her father died, works to carry his memory forward. Beecham-Hood remembers the 1951 day when Soldiers came to the house in Richmond, California, to say Golden was missing.

“I was outside, playing, like we did in those days,” she said. “These three Soldiers came. My mother was really upset and crying. I didn’t know the magnitude of what was going on at the time, but I remember these Soldiers coming to the house and later on that day, I found out that my dad had been shot down.”

Beyond his service, Beecham-Hood said her parents were “staunch advocates for the rights of people” in the 20th century fight for civil rights. When she was 4, her mother fought to integrate the swimming pool on a base that was segregated. Her father was active as well.

“Dad was picked up by [military police] because he was so outspoken in life about things going on the base,” she said. “It was something about the black soldiers being hassled on the Army base. He was picked up as a leader of trying to get things the right way.”

Her mother kept also kept her fathers memory alive, showing Beecham-Hood and her brother their father’s medals and telling them how she helped Golden study for tests. In the first years after Golden’s death, Beecham-Hood said she took the sight of the photo album as a warning sign.

“My brother and I used to say, ‘Oh, no, here it comes,’” she said with a laugh. “We didn’t understand the magnitude of what my dad represented, as a black man, especially, and as a pilot. But as we got older, of course, we understood more.

“She kept him visible in our minds. She didn’t just let him fade away. It was like she kept his memory [alive]. … She was always showing us the proudness to be black.”

“It was an honor to meet Mrs. Beecham-Hood and hear about her rich history,” said Black. “She is also dedicated to keeping her father’s legacy alive and ensuring her children preserve his memory. She shared pictures of her father, his medals and the day a chaplain and wing leadership arrived at her house to inform her mother of her dad’s missing-in-action status. Additionally, she spoke fondly of her mother and how the loss of her father impacted her mother and their family for the rest of her life. Her mother never remarried.”

Black said the card provides access to base for Gold Star Family members for services such as speaking with a certified financial counselor, assistance with finding employment or speaking with a veteran’s service officer for counseling support.

For families like Beecham-Hood’s, keeping the memory of their late service member alive is a continuing process. Beecham-Hood impresses her father’s life and service upon her children and grandchildren.

“I don’t want [him] ever to be forgotten in the Golden family,” she said. “He was a man who believed in his country. He was a man who thought that there should be changes in the world, but what he was doing was helping to make that change in the world. He died doing what he wanted to do and he was proud of his station in life because that’s exactly what he wanted to do. For an uneducated black man back in the ’40s growing up, it wasn’t easy, but he never gave up hope that the world would change. 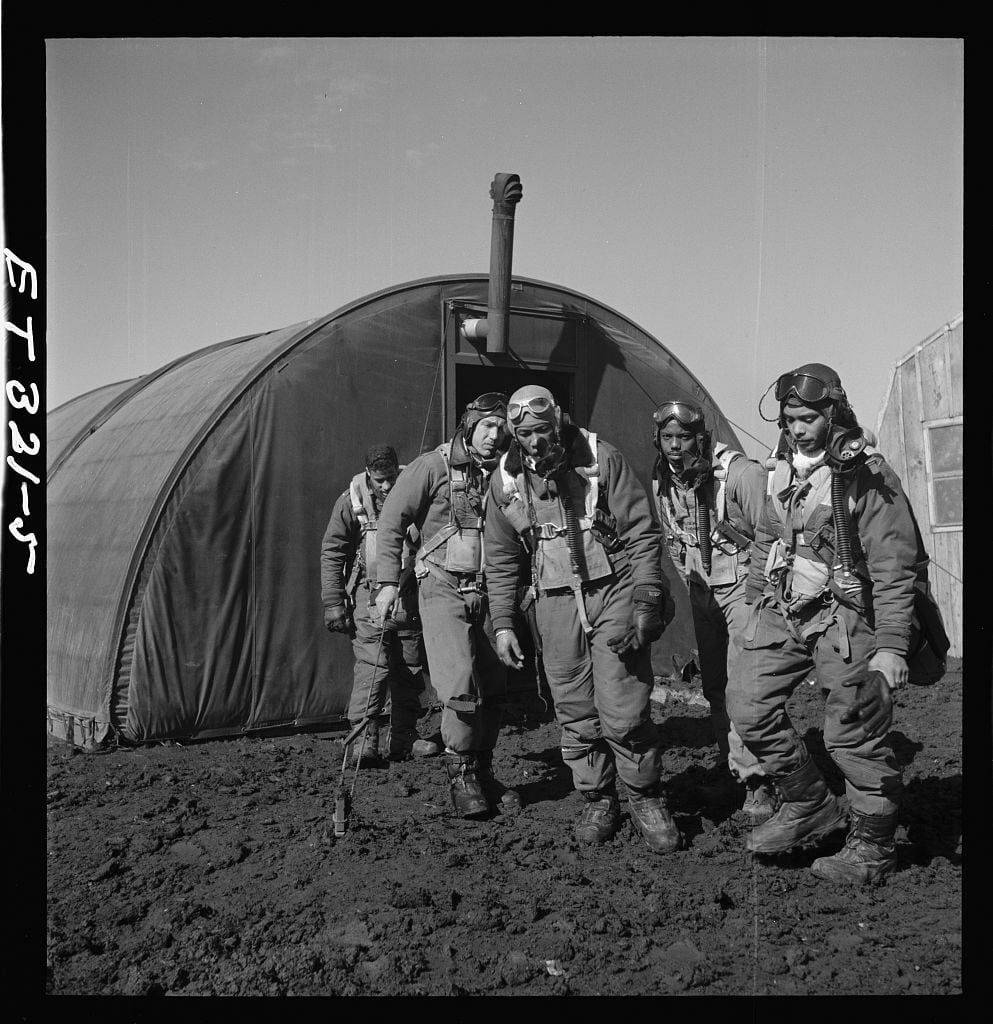 Newman C. Golden, second from right, exits a briefing room along with his fellow Tuskegee Airmen in March 1945 in Ramitelli, Italy