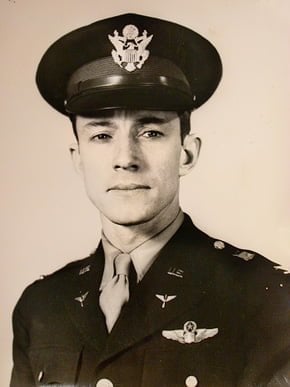 Photograph of Col. Noel Parrish as the TAAF Commander. Parrish, a native of Lexington, Ky., graduated from Rice University at the age of 18 and joined the US Army as a private in the 11th Cavalry Regiment. He was promoted to full colonel after he assumed command of TAAF. He served in the Army for 34 years. Source: U.S. Library of Congress

“It is a discouraging fact that officers of the Army Air Force, whose scientific achievements are unsurpassed, and whose scientific skill is unquestioned in mechanical matters and in many personnel matters, should generally approach the problem of races and minorities with the most unscientific dogmatic and arbitrary attitudes…Whether we like or dislike Negroes…they are citizens of the United States having the same rights and privileges of other citizens…”
~ Brig. Gen. Noel Parrish

Brigadier General Noel Parrish may not be African American, but he is nonetheless a respected member of the Tuskegee Airmen. Because of his leadership and ability to see beyond the divides of skin color, the Tuskegee Experience was able to flourish.

When Parrish assumed command of the Tuskegee Army Airfield in 1942, the then Lt Col was thrust in the middle of the racial tensions the program had stirred up, both internally and externally. He faced scrutiny from his peers and superiors in the US Army Air Corp, based on the prejudiced rational that the black men training in their program were not fit to fly, simply based on their skin color. At the same time he had to provide a different kind of leadership to the surrounding white communities, who were unsupportive of the program and leery of the Airmen, demanding the continued unjust treatment of blacks that they were accustomed to.

But Parrish, firm in his resolve to base judgment on merit and performance, not race, led the Tuskegee Experience and the Airmen it produced to become a valuable resource in the air war in the European theater, and a force for change that would ultimately desegregate the US Armed Forces in 1948.

Parrish was an enlisted man that worked his way up to the esteemed rank of Brigadier General. He also attained a PhD, going on to become a college professor after retiring from the US Air Force. He is an example of perseverance and determination; advancing not only his own career but also investing in the Tuskegee Airmen that were in his charge and helping them fulfill their potential as courageous fighter pilots. Facing obstacles from those in higher ranks, he chose to stay the course and follow his own convictions, giving the Airmen the equal opportunities that they deserved.

In Tuskegee Airmen circles, Noel Parrish is a respected name. He increased moral, improved relations and provided the leadership necessary to begin desegregation. He was a champion of the Tuskegee Airmen at a time when it was unpopular to get behind the racially tense cause. There were many heroes of the WWII-era for many different reasons, and Brig. Gen. Noel Parrish embodies the good that can come from standing up for a just cause. A hero indeed. 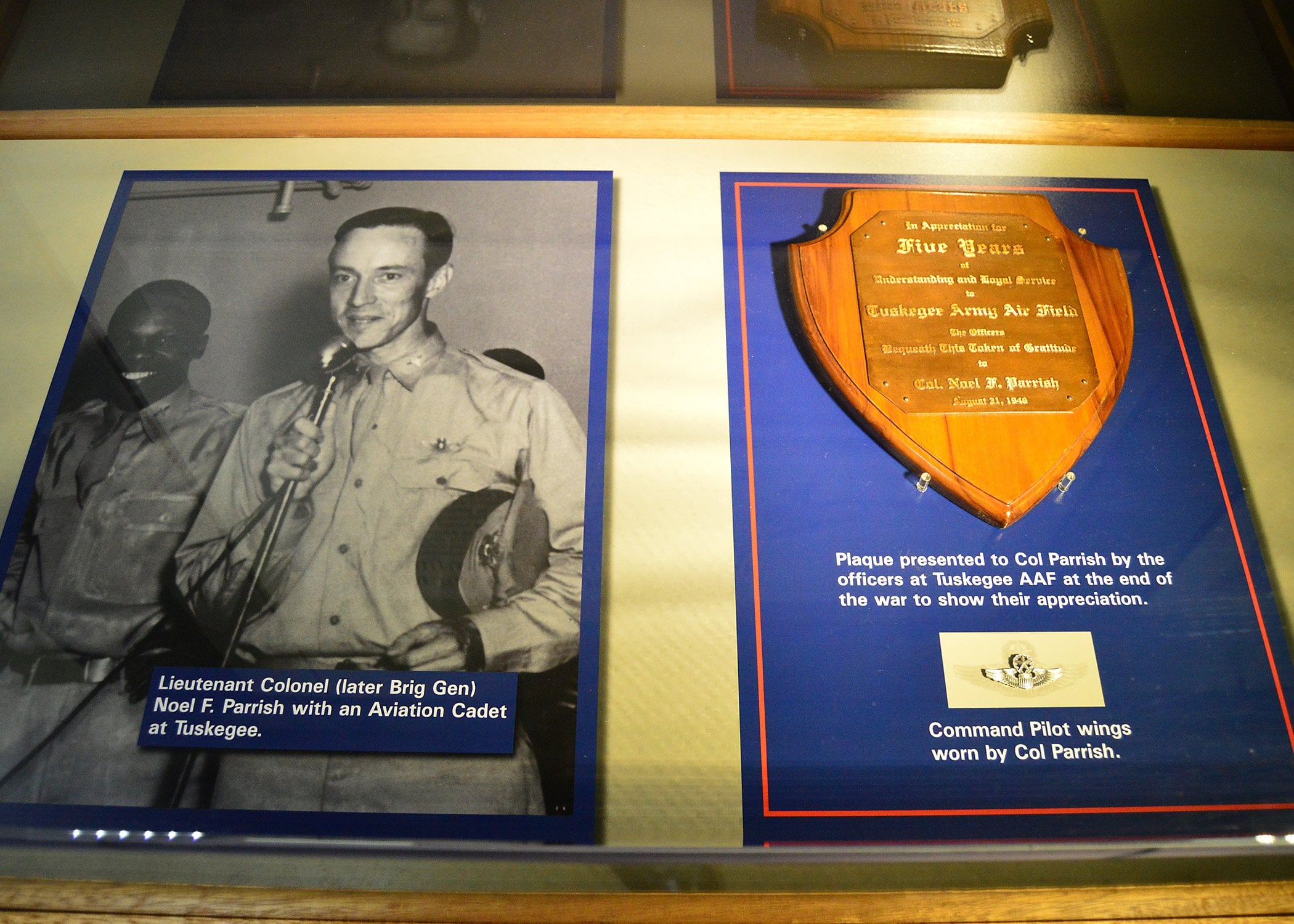 DAYTON, Ohio — Lieutenant Colonel (later Brig Gen) Noel F. Parrish with an Aviation Cadet at Tuskegee. Also on display are his Command Pilot wings, and a plaque presented to Col Parrish by the officers at Tuskegee AAF at the end of the war to show their appreciation. This display is located in the Tuskegee Airmen Exhibit in the WWII Gallery at the National Museum of the U.S. Air Force. (U.S. Air Force photo)