Hat tip to our friends at Tuskegee Airmen, Inc. (TAI) for the inside scoop on this remarkable story! 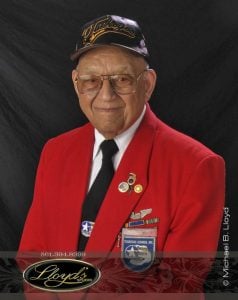 “On behalf of the men and women of the United States Air Force, happy 95th birthday! You belong to a treasured generation of selfless Airmen and your service continues to inspire our Airmen today. The Tuskegee Airmen, especially Red Tail pilots, proved time and time again to be among the most courageous trailblazers of America’s “Greatest Generation,” and we celebrate your role in that elite group.”

Friend served with the 332nd Fighter Group stationed in Europe as Combat Operations Officer at the squadron and group levels, flying 142 combat missions during his service in WWII. He flew wing on Colonel Benjamin Davis (later General Benjamin Davis, the first African American General in the U.S. Air Force). His U.S. Army service extended in several other capacities during the Korean and Vietnam wars as well. After leaving the Army, he began a career with the Air Force and served as Assistant Deputy of Launch Vehicles, Foreign Technology Program Director and Director of the Unidentified Aerial Phenomena Program.

When Friend was in the air as a Red Tail during WWII, his aircraft was a P-51D Mustang, slightly different from our P-51C model, but a signature aircraft of the Airmen none the less. A D model painted up with his original “Bunny” bathing beauty has been on static display at the Palm Springs Air Museum for a number of years, but recently had an extensive overhaul to make it airworthy once again. 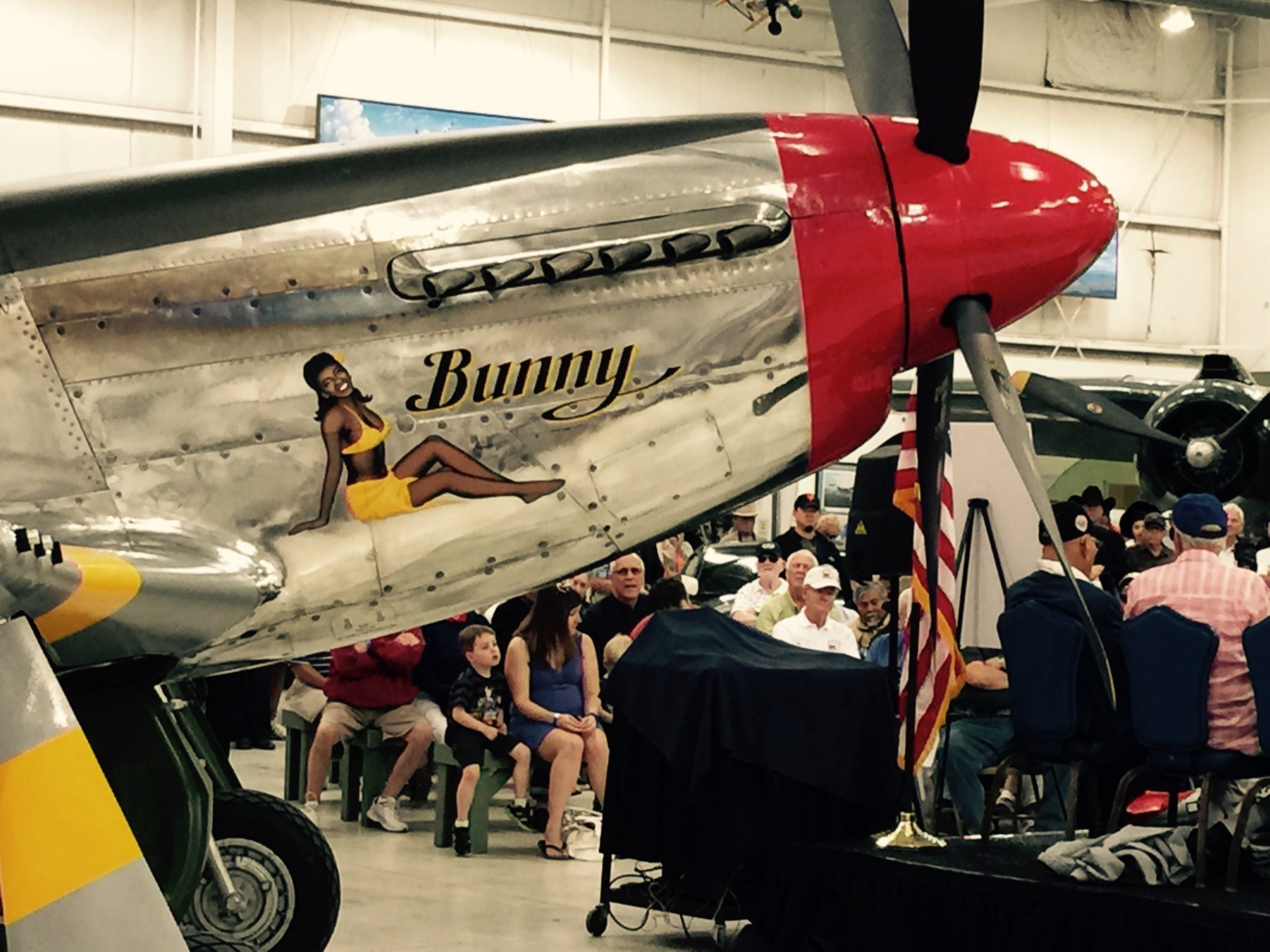 According to the TAI, the aircraft was not the one Friend flew in the war, although it was identical. This particular plane was built near the end of WWII, and never saw combat. It’s almost certain that the P-51D Friend piloted himself never made it back to the states. At the end of the war, it was too much trouble to return many of the combat aircraft to the U.S. and they were commonly scrapped in Europe, or if they were returned to the states they were sold to civilians for very little.

The late Bob Pond, a famous player in the air racing community, purchased the aircraft in 1980. Pond was a founding sponsor of the Palm Springs Air Museum and put the aircraft on static display there, after repainting it to resemble Friend’s aircraft, complete with the Bunny bathing beauty. The aircraft took its first trip back in the air last week at an event to honor Friend and fellow Tuskegee Airmen at the Palm Springs Air Museum. 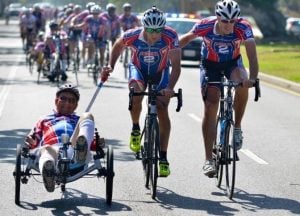 Also of credit to this inspirational Tuskegee Airman, Friend recently participated in Ride 2 Recovery, an event to benefit mental and physical rehabilitation programs for our country’s wounded veterans and healing heroes that features cycling as the core activity. Friend himself has ridden in the events, and plays a large role in helping to bring awareness to the program.

The volunteers and staff of CAF Red Tail Squadron wish Lt. Col. Robert Friend a very happy 95th birthday, and we thank you for your continued service to our country!