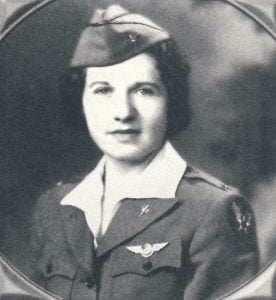 The Women’s Auxiliary Ferrying Squadron was started in 1942 with the appointment of Nancy Love as director of 28 highly qualified civilian women pilots stationed at New Castle Army Air Base. “The Originals”. as they called themselves, began by ferrying light aircraft and primary trainers then moved to larger aircraft including pursuit planes like the P-51. In August 1943, the WAFS and the Women’s Flying Training Detachment were merged into one program named the Women Airforce Service Pilots or WASP.

Phyllis Burchfield was born to Dr. Samuel Newton and Isabelle Campbell Burchfield on June 15, 1911 in in Fieldmore, PA.

Phyllis grew up with an abiding love for horses, competing in shows in Pennsylvania as a teenager. Later, she attended San Mateo Junior College in California. “Mills Field, now San Francisco Airport, was close by. At that time, the southeast runway ended in tideland and mud flats. Landings and takeoffs were usually in a cloud of seagulls.” Learning to fly “was something I had to do,” said Phyllis during an interview with Sarah Byrn Rickmann in 2001.

She soloed an Aeronca Chief on December 4, 1934, with Moreau Flight Service at the Oakland Municipal Airport, earning her private pilot’s license flying a Great Lakes biplane in 1937, and went on to get her limited commercial license within a week.

“During that time, Amelia Earhart was preparing for her world flight. As we both were living at the Oakland Airport Inn, I saw and spoke with her frequently. Her Lockheed was in the Navy hangar next to Moreau. She made it a point to know and encourage all the girls currently learning to fly.” Phyllis became one of the original members of the Ninety-Nines’ Bay Cities Chapter founded by Amelia Earhart.

In fall 1942, Phyllis was instructing a Civil Pilot Training class for Midsouth Airways in Memphis. “Nancy Love called me and said there was an opening – was I interested? I was. I was in the middle of a class and flight instructors were scarce, but I went up to New Castle anyway and took my flight test on October 9 in a Stearman. I passed with no problems. My flight time in the Great Lakes was a big help. A lot of the girls hadn’t’ flown anything bigger than Cubs and the Stearman was more than some of them could handle. But then they said I was too short to Qualify. I’m only five feet tall.”

She went back to Memphis, but not without stopping enroute at Petersburg, West Virginia, to see her fiancé, Army 2nd Lieutenant George Fulton. They decided to get married that Sunday in Baltimore – October 11, 1942. “Then I went back to Memphis and picked up my class. Ten days later, I got a wire saying report back to New Castle immediately. I had been granted a waiver on my height.”

Phyllis became number eighteen on the active roster. In January 1943, she was transferred, along with Del Scharr, Barbara Poole, Barbara Donahue and Katherine Rawls Thompson, to the 3rd Ferry Group in Romulus, Michigan. Them on August 24, 1943, Phyllis took emergency leave from the WAFS when George was seriously injured when he flipped a Jeep and badly mangled his left arm. She went to California to help him recuperate and applied for transfer back to Long Beach to be near him until he was out of danger, but Commander deArcy at Romulus told her no. Phyllis finally had to resign. After that, she followed George on whatever assignment he was given and eventually the Army sent him to Triest, Italy where they spent more than three years, returning to the U.S. in December 1951.

“When I went overseas, I had multiple flight ratings. When I came back, I had none. They had expired.” She never flew after that.

She was widowed in 1991 and at that time was the oldest of the surviving WAFS.

Phyllis had gotten interested in German Shepherds and began breeding and showing them. She also propagated her own iris flowers, was a published poet. 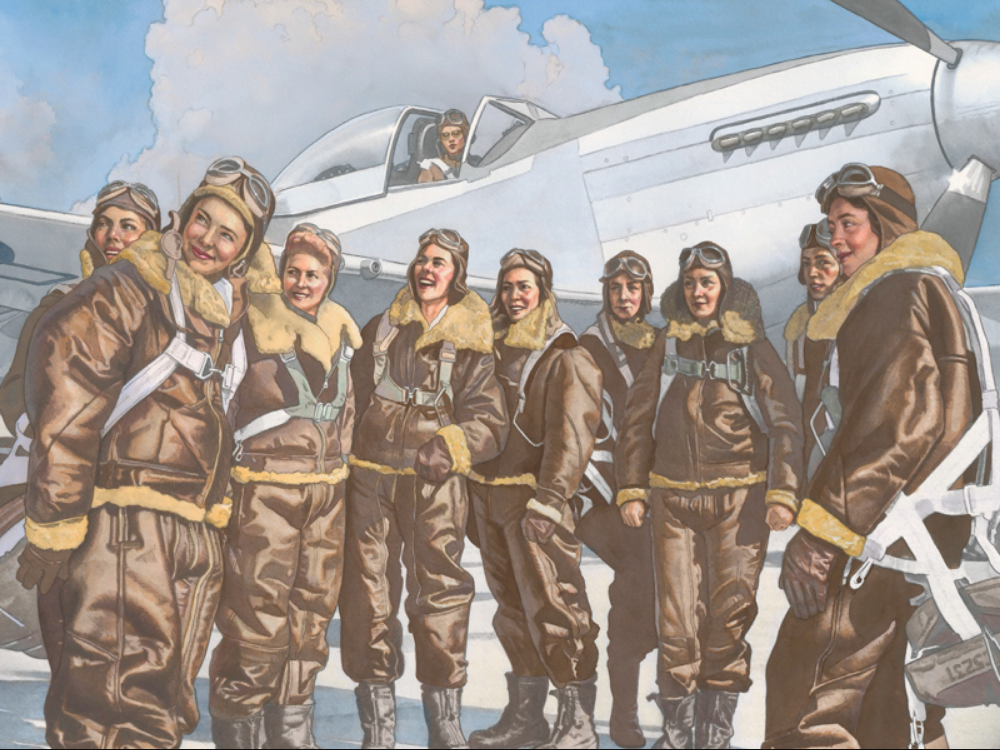 A group portrait of nine Women Airforce Service Pilots (WASPs) from the WWII service period. They are standing in their winter flight gear on the flight line in front of a P-51D Mustang. The women are, from left to right: Dorothy Fulton, Katherine Thompson, Betsy Ferguson, Florene Miller, Delphine Bohn, Dorothy Scott, Terese James, Nancy Batson, and Phyllis Burchfield. The pilot of the P-51D is Florence Watson.

By by MIchael Backus 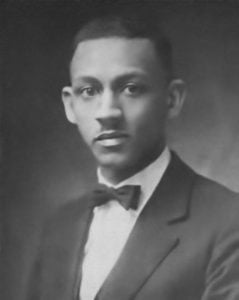 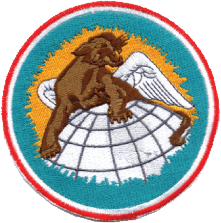