As the go-to resource for accurate information about the Tuskegee Airmen, and the premier provider of free, easily accessible educational content, the CAF Red Tail Squadron is happy to help accommodate the many special requests we get.

Recently, a high school student in New Jersey contacted us regarding his project to interview survivors of the Great Depression, World War II and the Korean War. He really wanted to learn from one of the Tuskegee Airmen, and luckily we were able to put him in touch with Tuskegee Airman Harry T. Stewart.

Read an expert from the interview, which will be used in this student’s final work!

Q: What is your full name? What date and where were you born?

Q: Do you remember growing up during the Depression? What were things like for you and your family?

A: Yes, I remember the depression very well. I grew up in the borough of Queens in New York City. My father was a Postal Clerk, so we did not suffer financially.

Q: Did you ever face racism while growing up? Did this impact you personally?

A: My neighborhood and schools were fully integrated, but there was subtle racism.

Q: Did you go to school? Would you notice others suffering because of the Depression?

A: I went to public schools in Queens. I was very conscious of people in the community suffering from the Depression.

Q: When did you decide to join the military and why did you join?

A: All able-bodied males between the ages of 18 and 38 were subject to involuntary conscription. I volunteered by taking a qualifying examination to ensure my training to become a pilot.

Q: Where did you go to boot camp? What was your training like?

A: My pilot training started in March of 1943 at Tuskegee Army Air Field, Alabama. The training was very rigorous.

Q: Were you assigned to any particular fighting groups, divisions during the war?

A: Yes. I was assigned to the 301st Fighter Squadron of the 332nd Fighter Group in Italy.

Q: When were you sent overseas? Were you excited?

Q: Were you in any particular battles during the war? Did you shoot down any enemy aircraft?

A: I flew 43 combat missions and shot down 3 enemy aircraft.

Q: When you joined the military was that the first time you saw an aircraft, or had you seen them before the War?

A: I grew up near an airport that had seen some military planes, but I never flew in a plane until I went into the military service.

Q: Did you come from a military family?

Q: Do you remember when the War ended? What was your reaction to this?

A: The war in Europe ended in May of 1945. I was still in Italy. I wanted to go to the Pacific combat zone, but the war ended there in August 1945.

Q: Did you earn any specific medals during the war for your participation? If so could you list these medals?

A: Yes! I received the Distinguished Flying Cross and the Air Medal with seven Oak Leaf Clusters.

A: I was discharged from the service January 1950.

Q: Do you remember the civil rights movement? Did this impact you in any way? Can you describe it?

A: Yes, I remember the civil rights movement very much. I attended the first March on Washington. It was a very meaningful time for the nation. 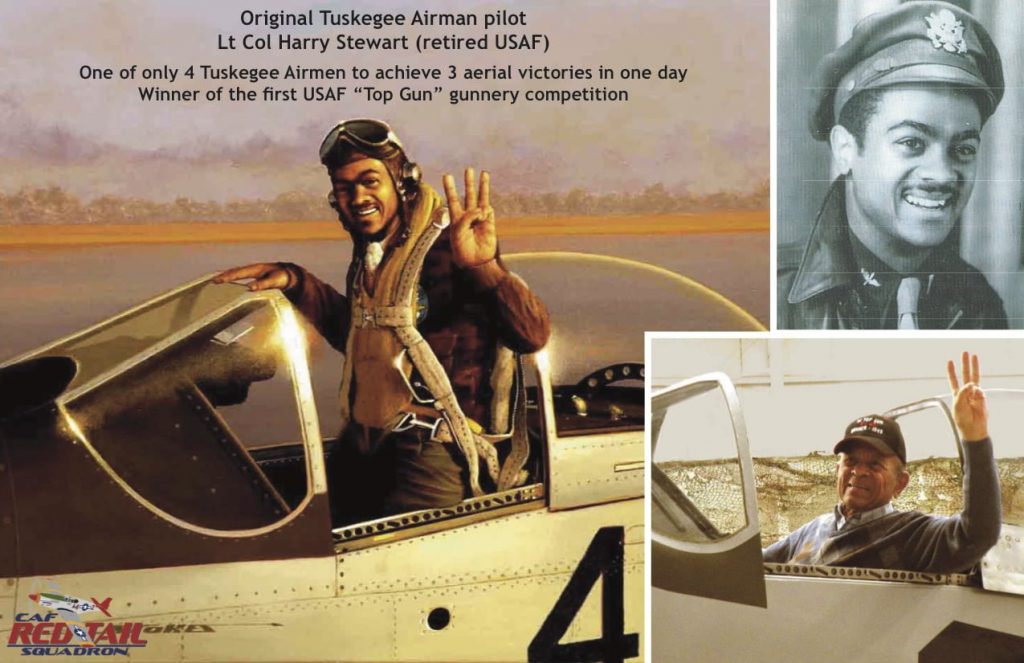