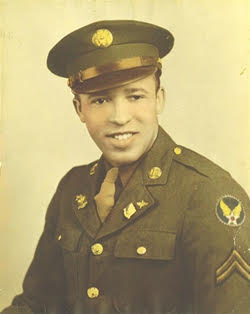 Thank you to Chauncey Harrison, brother of Richard, and to the AirZoo for submitting this information to us from the Michigan Aviation Hall Of Fame (MAHOF) exhibit.

Richard Harrison was born In Dowagiac, Michigan, on July 2, 1922. He loved flying from an early age, but Dowagiac did not have an airport. He took flying lessons in Niles, 12 miles away, a distance he sometimes covered by bicycle. Harrison received his student certificate in September 1942 and first soloed on October 6.

Harrison entered military service in November 1942. A private first class after basic training, he was promoted to corporal upon completion of his training as a technician at Lincoln Army Air Base Training School, Lincoln, Nebraska, in 1943. He served with the U.S. Army Air Corps in Tuskegee, Alabama, from 1943 to 1946. He was both a technician and, because of his prior flight training, an instructor of flight.

At Tuskegee, he flew, and taught others how to fly, in the Beechcraft AT-10, a mostly wooden, two-engine trainer with retractable landing gear; the Piper L-4 Cub (Grasshopper); the Piper J-3 Cub; and the North American TB-25J and B-25J Mitchell medium bomber. The last flight recorded in his log was a B-25J flight on February 11, 1946, from Godman Army Airfield near Fort Knox, Kentucky, then the home of the 477th Bombardment Group (Colored), to Tuskegee Army Air Field in Alabama.

After military service, he was employed as a company pilot at Rudy Manufacturing in Dowagiac, flying a Navion single-engine airplane and a Beechcraft twin-engine airplane throughout the Midwest. He was also active in the Civil Air Patrol. It was said he would teach anyone how to fly. Harrison passed away in 1965 in Detroit.

Harrison was posthumously awarded a bronze replica of the Congressional Gold Medal in honor of the Tuskegee Airmen at the U.S. Capitol on March 29, 2007. The Congressional Gold Medal is the nation’s top civilian award presented to those individuals who embody the best quality in America s heritage. It can only be awarded through an Act of Congress, signed into law by the President.

Richard E. Harrison was enshrined in the Michigan Aviation Hall of Fame on April 21, 2018, for his special role in teaching and supporting the American military s first African-American airmen and for his lifelong career in aviation.

Watch this great video of his life story that was presented when he was enshrined in the Michigan Aviation Hall of Fame on April 21, 2018. 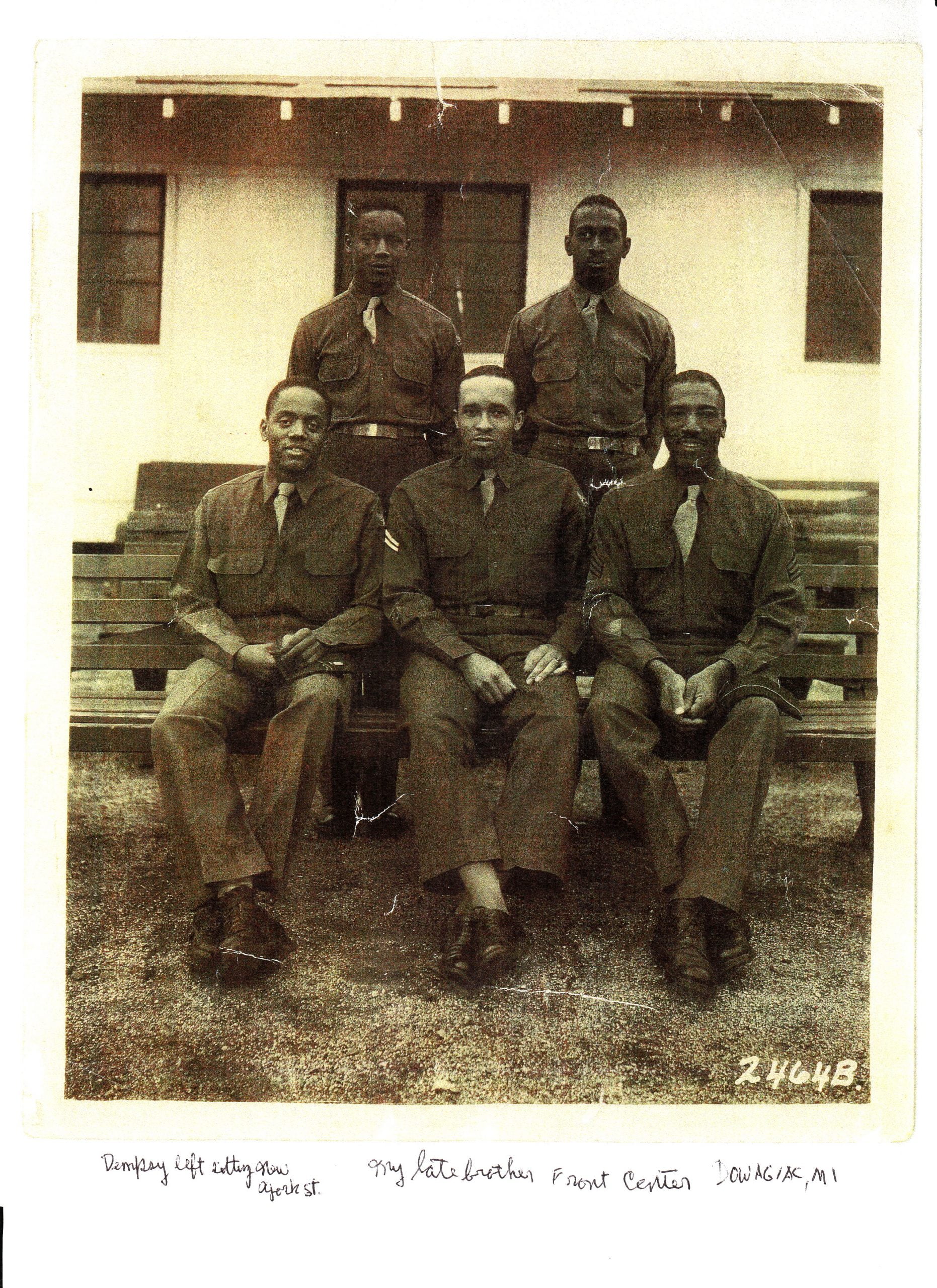