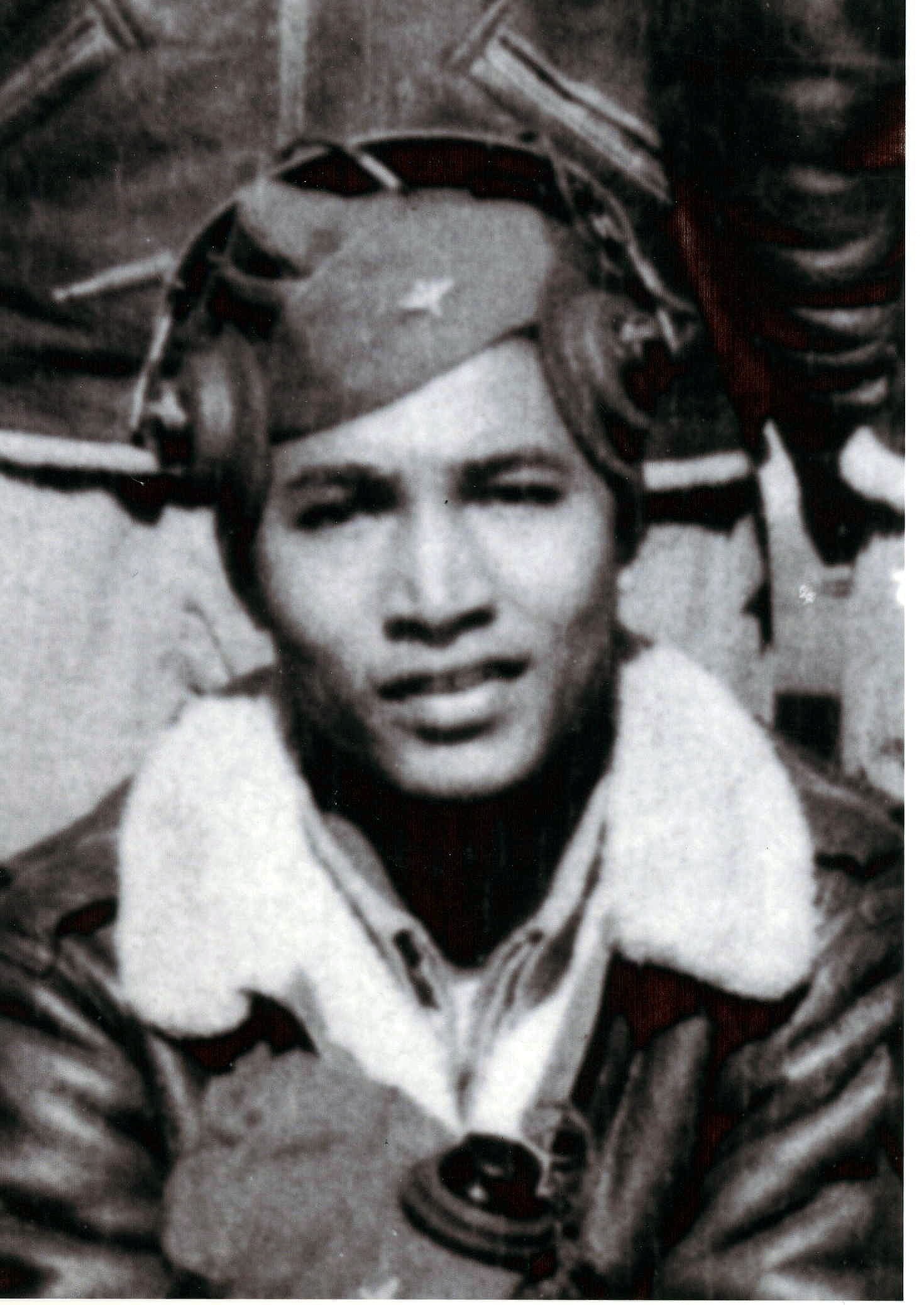 “You have to believe in yourself. You can do anything you want to do as long as you put in the effort.”

Unlike a lot of Tuskegee Airman pilots, Robert “Bob” Ashby did not grow up building airplane models and wishing he could fly.  He was more concerned with getting around on the ground.  “I rode my bike and took the bus or subway to get where I needed to go,” he said. “I think I only rode in a car once or twice in my growing up years.”  Eligible for the draft in WWII, he (wisely) figured out that pilots typically get to sleep in at least a tent at night whereas infantrymen rarely had such luxury.  Because he delivered the local black-oriented newspaper to earn money, he knew black men were being accepted for the military flight-training program at Tuskegee so he opted to try for the USAAC after high school graduation.

Bob enlisted in the Army Air Corps at age seventeen as a candidate for the Aviation Cadet program. He was called to active duty in August 1944 after graduating from Ferris High School in Jersey City, N.J. Later, Bob received college training with the University of Maryland and U.C.L.A. through the “on base” College Program.

Bob as was assigned to Keesler Field, Mississippi for basic training and testing for entry into the Aviation Cadet Program. In December 1944 Ashby was sent to Tuskegee, Alabama to begin cadet training. 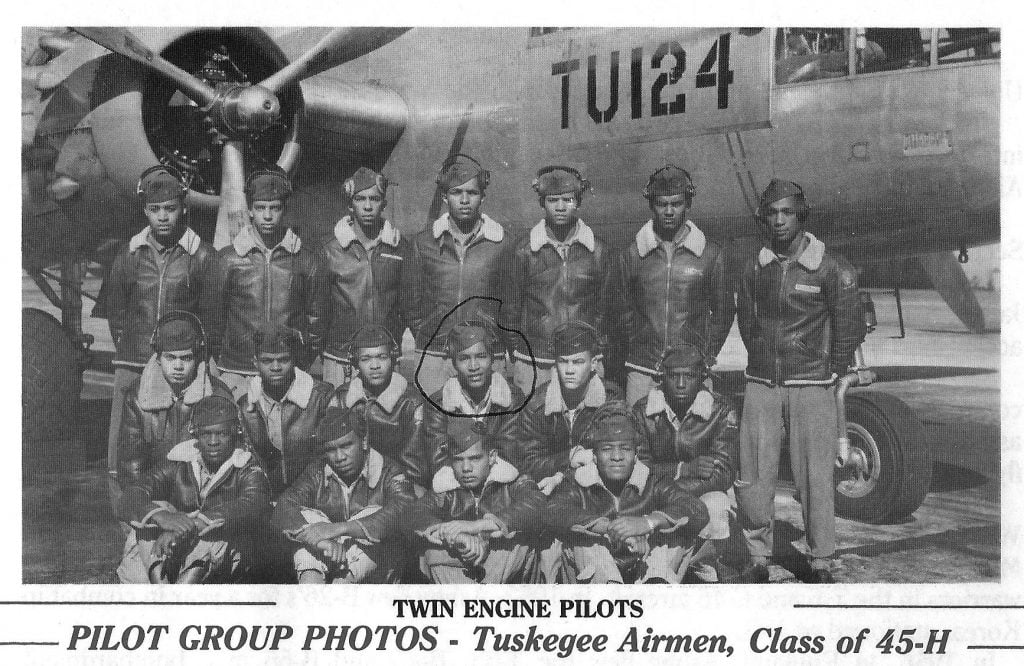 Ashby was assigned to Japan as part of the U.S. occupying force. On his arrival in Japan, Ashby found he was assigned to two white flying outfits, neither of which would accept him in their unit because he was black and the Army was segregated.

Second Lieutenant Ashby was removed from pilot status and assigned to a black company in the Quartermaster Department in Tokyo, Japan. In May 1949, Ashby was assigned to Wright Patterson AFB, OH in August 1949 for a short tour and then to Cleveland Municipal Airport to a Reserve Troop Carrier Wing in order to train Reserve weekend warriors in the T-6 and C-46 aircraft. In 1952, Ashby flew B-26’s for a year in combat in Korea, stationed at K-8.

Reaching the status of Lieutenant Colonel, Robert Ashby retired honorably from the U.S. Air Force in July 1965, after 21 years of fighting racial problems as well as the enemies of America.

Now a civilian, Bob knew he wanted to continue to work in the aviation industry.  In 1965 he was hired by United as a flight ops instructor and made such an impression that he was chosen for the team that created the 747-flight training program for the airline.  However, when the time came to fly the bird, even though he had 12 years of jet experience, he was furloughed under the “last hired/first fired” business rule because the airline had too many pilots.

In 1973 he sent out applications to other airlines and did follow up, including actually stopping in at various airline company headquarters to check the status of his application. Eastern Airlines told him to his face that they felt he was too old and they were still reviewing his application! He didn’t give up, though, and one Saturday stopped in at Frontier in Denver. To his surprise and delight, he was asked if he could start class on Monday!

That class was groundbreaking for two reasons – Bob was the first Tuskegee Airman to be in training as a commercial pilot and one of his classmates, Emily Howell, was the first woman in that position.  Bob rose through the ranks at Frontier, attaining the rank of Captain and flying the Twin Otter, Convair 580, Boeing 737 and MD-80. He flew for Frontier until July 17, 1986 when he reached the mandatory retirement age of 60, the first black man to have done so while flying as Captain of the Boeing 737.

Bob has been a supporter of the CAF Red Tail Squadron for many years.  He said, “I met Don Hinz when the Squadron brought the P-51C Mustang to Prescott, AZ. He gave me a ride in it then. He was an outstanding individual.  I saw the Mustang again in Houston last year and also experienced the RISE ABOVE Traveling Exhibit. I think the Squadron is doing a tremendous thing with their mission to go out and publicize the Tuskegee Airmen’s role in American history.” 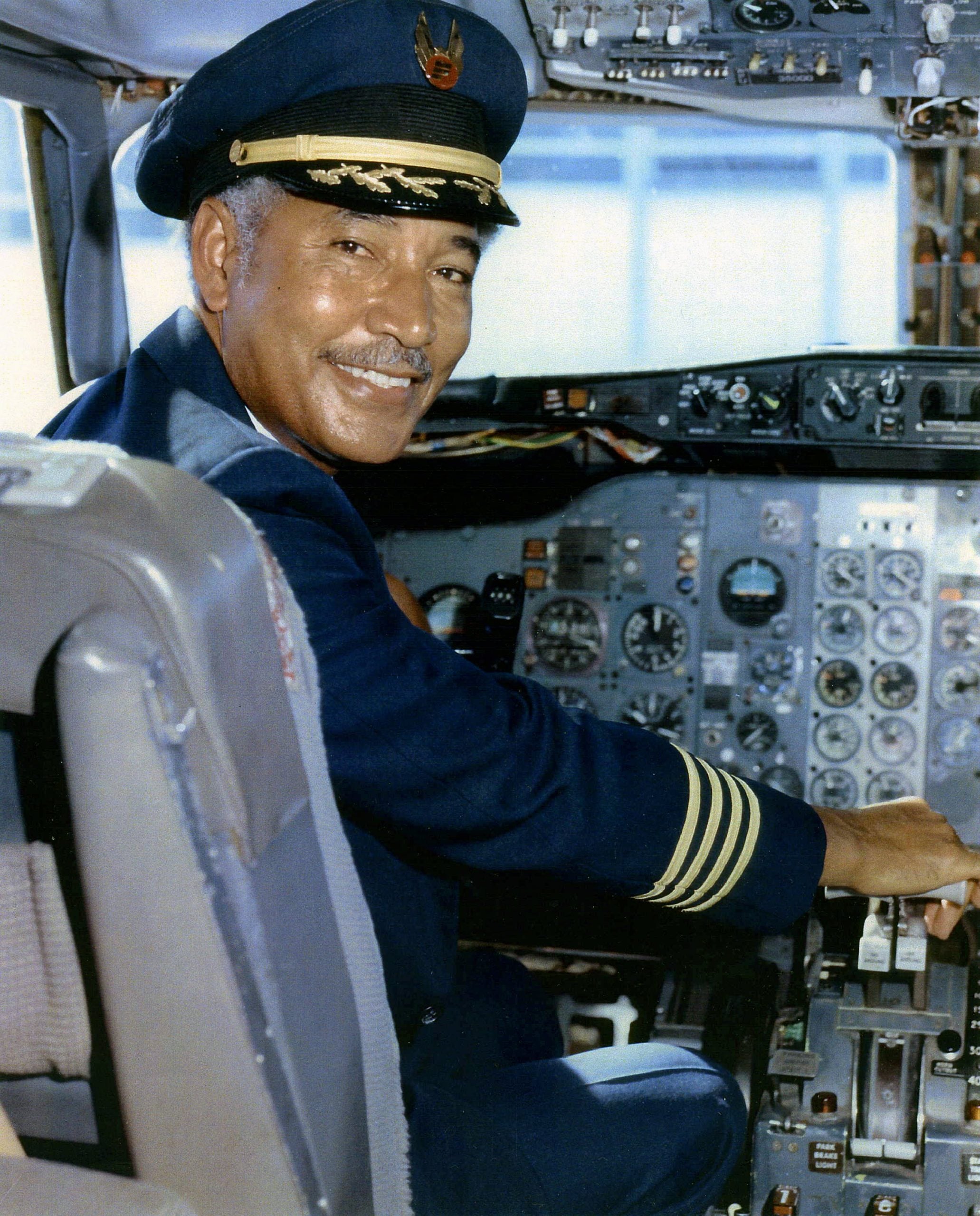