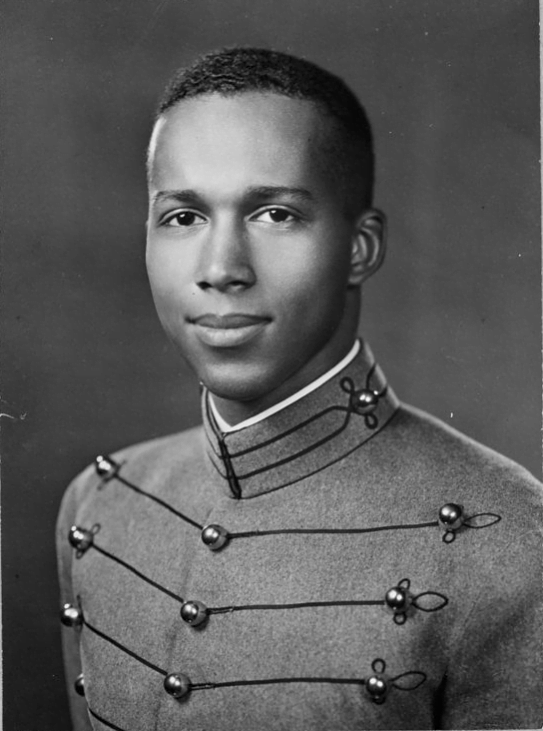 Originally named Robert Leslie Tresville, Robert was born on May 9, 1921 to parents, Robert Bernard Tresville and Irma Eloise (nee Jones) in Galveston, Texas. They later moved to Fort Huachuca in Arizona where his father, an army bandleader, was stationed. Robert’s middle name was later changed from Leslie to Bernard making him Robert Bernard Tresville Jr. Shortly after his birth his father was transferred to Fort Benning in Georgia and became director of the 24th Infantry Band.

Tresville applied for pilot training while at West Point and was sent to Tuskegee Army Air Field where he was trained as a single engine pilot. He graduated as a member of Class SE-42-K on December 13, 1942 and then traveled back to West Point where he was commissioned a Second Lieutenant in the Regular Army of the United States. He was only the seventh African American to graduate from West Point. 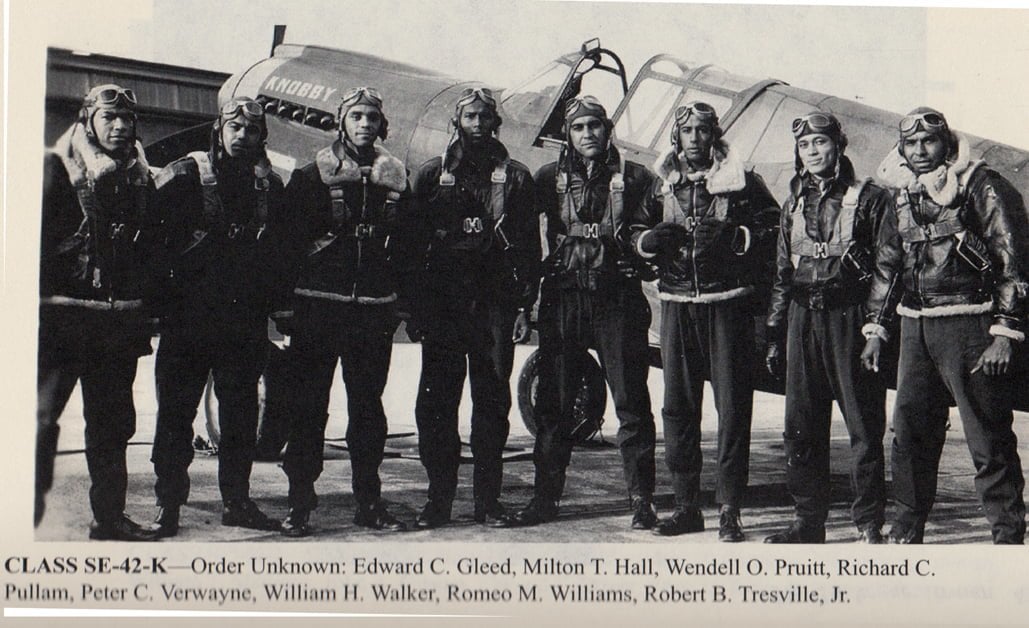 On June 24, 1944, Tresville was assigned to lead a mission over the Mediterranean Sea to strafe an enemy supply line located west of Airasca, Italy. The group was instructed to fly low to avoid being picked up by enemy radar. About 30 miles from the coast, the engine in 2nd Lt Charles B. Johnson’s plane stopped. His Thunderbolt hit the water almost immediately. His plane quickly sank; Johnson was trapped inside.

Soon after, Tresville, who apparently did not know Johnson had crashed, made a slight turn, forcing the rear flights to pull up to avoid collision.

Soon after Johnson crashed, the belly of Lt Earl Sherrard’s plane hit the water. He tried to pull up, but a wing hit the water. According to “The Tuskegee Airmen: The Men Who Changed a Nation” by Charles E. Francis and Adolph Caso, Sherrard was able to get out of his plane, walk out on the wing and inflate his dinghy before his plane sank.

Lt Samuel Jefferson, who was flying to Sherrard’s right, made a tight turn to try to circle the downed pilot, but got caught in a downward slip stream, which threw his plane into a flat spin. Jefferson’s P-47 crashed and exploded.

Shortly after Jefferson crashed, the flight reached the coast of Europe between southern France and Italy — 60 to 80 miles away from its intended target. Tresville tried to correct his previous navigation error, and made a 90-degree turn to fly up the coast of Italy. Lt Spurgeon Ellington, who flew opposite Tresville during the mission, said the captain was looking at his map when his plane slid off course and plunged into the water.

“Capt Tresville dropped into the water, shearing his wing tanks and tank supports, bending his propeller and cutting his engine,” 2nd Lt Dempsey W. Morgan Jr. wrote in a military report. “He then pulled out of the water, cleared his flight, stalled out, mushed into the water and instantly went down.”

Lt  Woodrow Crockett, the deputy flight commander, took over and the flight returned to Ramitelli Air Field in Italy. Sherrard was rescued by a British coastal ship and returned to the base later that day

“Tresville was a fantastic guy,” Lt Samuel Curtis said in an interview that was published in “332nd Fighter Group — Tuskegee Airmen” by Chris Bucholtz. “He was smart, he was bright, he was strong, he was well-coordinated. He would have gone far.”

Capt  Andrew “Jug” Turner took command of the 100th Fighter Squadron. Johnson, Jefferson and Tresville are included on the Tablets of the Missing at the Rome American Cemetery and Memorial in Italy.

Prior to his death, Tresville had successfully completed 23 missions and had distinguished himself both in terms of the leadership and courage that he displayed. These traits earned him the respect and admiration of his fellow pilots. He was awarded an Air Medal and a Purple Heart for his military service.