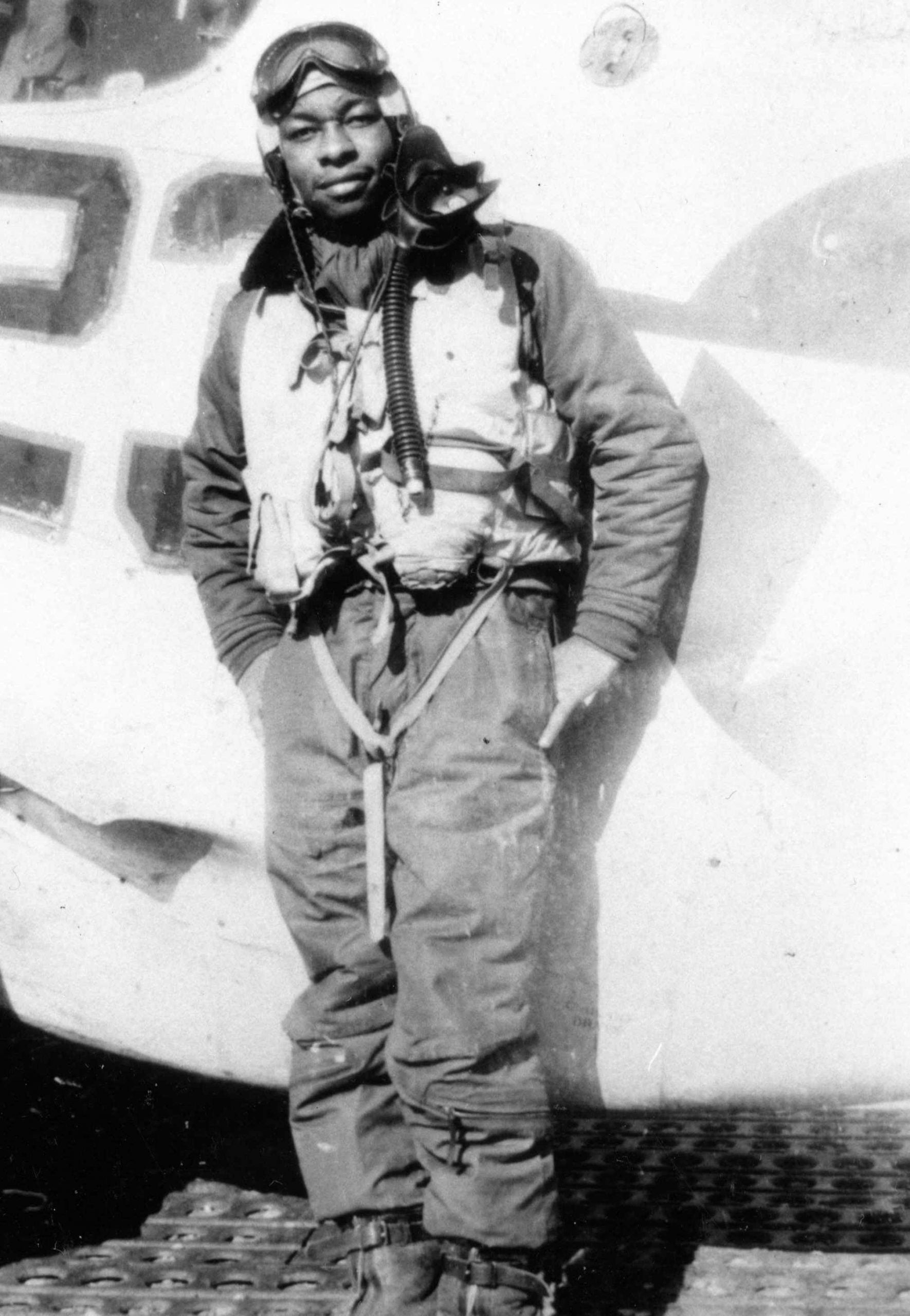 2nd Lieutenant Robinson was reported missing in action during the March, 1945 “Raid on Berlin” near the end of World War II. He is buried at Arlington National Cemetery. The Black American Legion Building in Asheville was named in his honor.

Robinson was a member of Hopkins Chapel A.M. E. Zion Church where he participated in Sunday School. He attended Asheville city schools, and was graduated from Stephens-Lee High School. His hobby of building model airplanes led him to Tuskegee Institute in Tuskegee, AL, from which he graduated in 1944. Following his college career, he was commissioned a second Lieutenant from the Tuskegee Airmen USA, with whom he served as a fighter pilot with the 332nd Airborne Division. 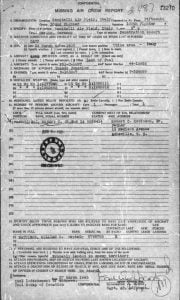 2nd Lieutenant Robinson was reported missing in action during the March, 1945 “Raid on Berlin” near the end of World War II. He is buried at Arlington National Cemetery. The Black American Legion Building in Asheville was named in his honor.

After his passing, he was posthumously awarded a “Purple Heart.” On August 1, 2014 at the Brewer Reunion, the family of 2nd Lieutenant Robert Clifton Robinson, Jr. held a special ceremony where they posthumously awarded him a bronze replica of the Congressional Gold Medal like the one Tuskegee Airmen had received in March 29, 2007 from President George Bush. At that time the President, members of Congress and other dignitaries joined some 300 airmen, widows and other relatives in the sun-splashed Capitol Rotunda for the ceremony recognizing the Tuskegee Airmen for their long-ago heroism.

At the 2015 Brewer Family Reunion, held at the Hyatt Regency Hotel, in Washington, D.C. a Congressional Gold Medal and other plaques, including one from President Barack Obama, the mayor of Asheville, North Carolina, and the Brewer family, were presented by Mr. Vernon Robinson of Winston-Salem, who played a significant role in researching much of Lieutenant Robert C. Robinson Jr.’s Air Force history. The awards were accepted by Lt. Robinson’s sisters, Mrs. Gwendolyn Robinson Atkinson and Mrs. Genevieve Robinson Brown, of Charlotte, NC. The ceremony was attended by government dignitaries, the U. S. Air Force Honor Guard, and Tuskegee Airmen from the East Coast Chapter.

The original Congressional Gold Medal for the Tuskegee Airmen is at the Smithsonian Institution for display.