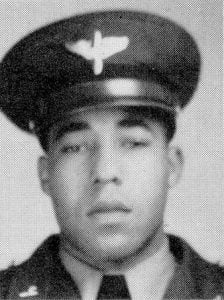 Wiggins of New York graduated from flight training on July 28, 1943, at Tuskegee Army Air Field in Alabama. In late December, he deployed to Italy with the 301st Fighter Squadron, part of the 332nd Fighter Group.

On June 9, 1944, the 332nd Fighter Group was escorting B-24 bombers to Munich, Germany, when it was attacked by enemy planes. Lt. Wiggins spotted a Messerschmitt 109 to his left, turned toward it and attacked, causing pieces of the enemy fighter to fall off. The ME-109 escaped, according to “The 332nd Fighter Group – Tuskegee Airmen” by Chris Bucholtz. Lt. Frederick D. Funderburg Jr. was credited with two aerial kills that day, the first for the 301st Fighter Group.

It was the closest Wiggins would come to an aerial victory.

On an escort mission to an oil refinery in Vienna, Austria, on Oct. 7, 1944 Wiggins’s P-51 Mustang was hit by anti-aircraft fire. He struck out for Ramitelli Air Field in Italy, but was forced to land at Vis, Yugoslavia, an island in the Adriatic Sea, according to “The Tuskegee Airmen: The Men Who Changed a Nation” by Charles E. Francis and Adolph Caso. Wiggins repaired his plane and took off again for Ramitelli. On the way, the first lieutenant spotted a crippled B-17 bomber and escorted it to the Foggia area of Italy. After the bomber landed, Wiggins again struck out for Ramitelli. He crashed in the Adriatic Sea.

Wiggins is buried at the Sicily-Rome American Cemetery and Memorial in Italy. According to a government database, Wiggins was awarded an Air Medal with three oak leaf clusters and a Purple Heart for his military service. 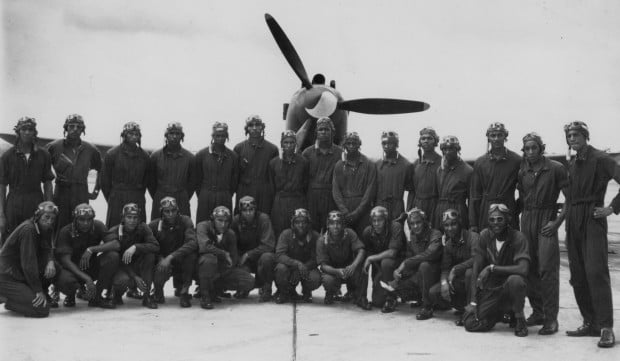