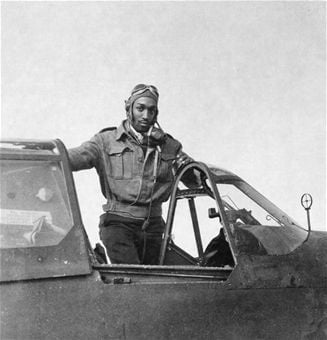 Born in Portland in June 1919, Robert Deiz set track records in the 100-yard dash, the 220-yard race and relays at Franklin High School and the University of Oregon.

The new Civilian Pilot Training Program (CPTP) became the War Training Service (WTS) and, from 1942 to 1944, served primarily as the screening program for potential pilot candidates.

All graduates were required to sign a contract agreeing to enter the military following graduation. The CPTP/WTS program was largely phased out in the summer of 1944, but not before 435,165 people, including Deiz, had been taught to fly. After graduation he joined the U.S Army Air Corps and graduated from the Tuskegee program in 1942 as a member of the 99th Fighter Squadron.

1st Lt Deiz flew 93 missions in 1943-44 in the 332nd Fighter Group and was one of the 99th Fighter Squadron pilots who shot down ten Fw 190s on January 27, 1944. He shot down another one the next day.  ‘’Among those in control, some wanted to see us succeed, and others wanted to see us fail,’’ he said on a Portland visit. ‘’For a while, the ones who wanted to see us fail had the upper hand. We couldn’t get near combat. But combat came to us. Things didn’t go the way they were supposed to in Italy, and we got to fight after all. At Anzio, we got the job of protecting the beachhead. After that, they couldn’t ignore us.’’

Mr. Deiz said prejudice had helped create a strong fighting force. ‘’It made us the best of the best,’’ he said. ‘’Prejudice made it a lot tougher for a black fellow to get his wings.’’

Mr. Deiz stayed in the Air Force, as it finally became, and continued as a test pilot. He was among the first to fly jet aircraft.

He retired as a Major in Columbus in 1961 after 20 years’ service. He spent three years in an electronics job at North American Aviation and then became a parole officer for three years and a parole supervisor for 17 years before retiring permanently in the early 1980s. 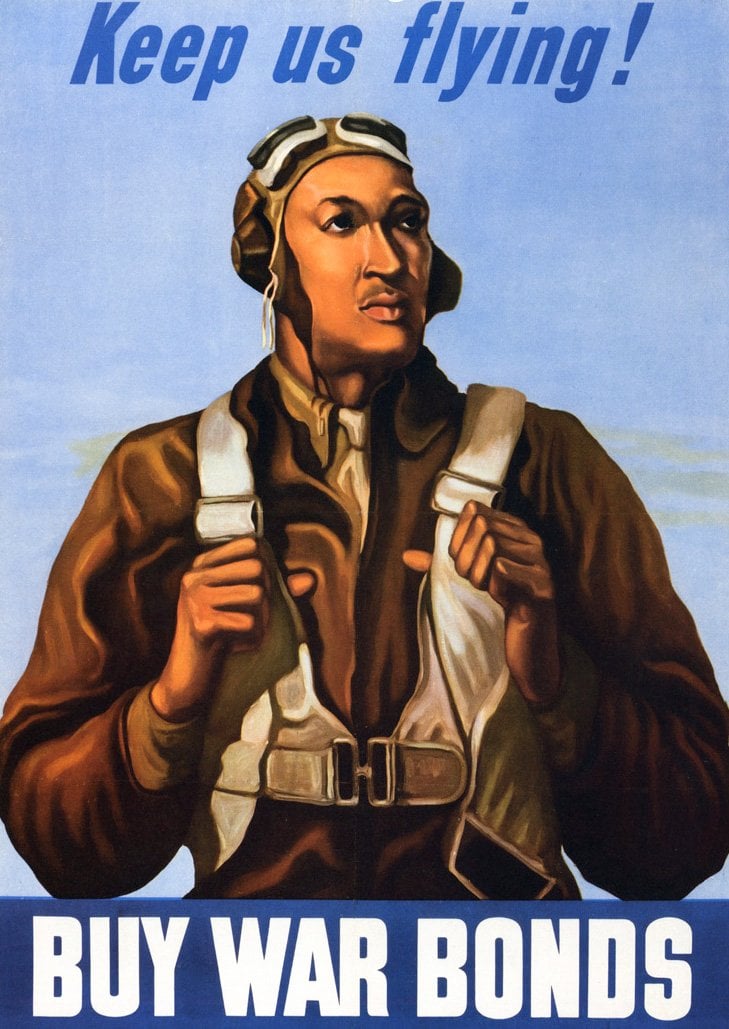 The “Keep Us Flying” War Bonds poster was created in 1943, and the image of airman Diez was done by Betsy Graves Reyneau, a white artist who painted portraits of many prominent African Americans. A collection of portraits by Reyneau and African American artist Laura Wheeler Waring was commissioned in the 1940s by the Harmon Foundation and mounted in a traveling exhibition.

Deiz was at the training field in 1943 when Reyneau came to Tuskegee for a sitting with scientist George Washington Carver. She had also been commissioned to come up with an image for the poster. He asked Reyneau if he could watch her as she painted. He had an interest in art, having studied it and having taught painting and sculpture in adult education classes in Portland. She chose him as the poster model after getting the OK from his commanding officer (who likely was Davis).

That poster was apparently not the only one featuring Tuskegee Airmen but perhaps the most recognizable. Another shows an airman standing on the wing of a plan with text urging folks to buy bonds during a fifth war bonds drive from June 12 to July 8 (1944). These drives were an all-out government effort using posters, radio and newspapers, entertainers and films to get folks to buy war bonds.

National Museum of the Air Force