Roger Bertram Gaiter’s parents Wilfred and Ernestine Gaiter emigrated from the Bahamas in 1911, writing they, “were of the laboring class.”

They lived in an overwhelmingly white community. There were not one or two children: there were 10! Yet, by diligence and industry the parents established for themselves a position of respect in the town, and assisted all ten children through high school. Seven of these youngsters were graduated from college, one has a master’s degree. Seven children were teachers.”

Two brothers served with distinction in the U.S. Army during World War II. Worrell, who graduated high school in 1933 and earned a BS degree from Hampton Institute, received a Bronze Star for his actions during the Battle of the Bulge in 1944.

Roger, who graduated high school in 1939 and earned a BS from Glassboro, became a pilot with the 332nd Fighter Group of the famous Tuskegee Airmen.

The 332nd Fighter Group was sent on a strafing mission in Hungary and Austria on Nov. 19, 1944. Pilots from the 99th Fighter Squadron destroyed 15 horse-drawn vehicles and wagons, and damaged 100 more horse-drawn vehicles, two locomotives, 40 wagons and 10 trucks. During a pass over a river, Lt. Roger B. Gaiter’s P-51 Mustang was hit by anti-aircraft fire, and was shot down. On the way back to Ramitelli, Quitman Walker’s plane was hit by anti-aircraft fire near Lake Balaton, Hungary.

“Lt. Quitman C. Walker was just behind me at approximately 6,000 feet,” 1st Lt. Emile G. Clifton Jr. wrote in a military report. “We ran into concentrated flak. I looked behind me just in time to see Lt. Walker make a sharp turn to the east; that was the last I saw of him. I made two 360-degree turns and called him several times on the radio with no results.”

Gaiter evaded Nazi soldiers for four days before he was captured; Walker was not heard from again. 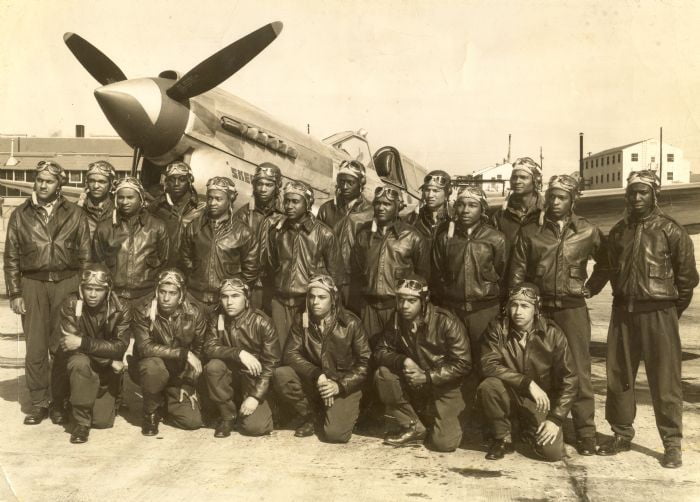