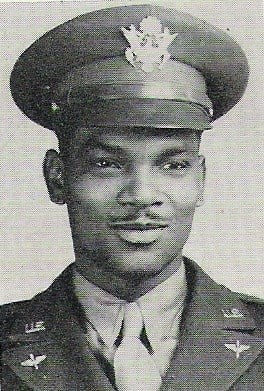 Sherman was born in 1919 to Sherman White and Nettie Deal. His father was employed as a teacher in Macon, Mississippi. In 1930, the family had moved to Montgomery, Alabama, where his father owned the family home and was teaching in the public school system. His mother was teacher as well. His family moved to Elmore, where his father was a well-known professor in the school. Sherman attended Elmore County Training School and went on to the University of Chicago, where he completed three years of studied prior to volunteering for Army service.

On 5 Oct 1941, he reported to the Tuskegee Institute as an aviation cadet and in February, an article ran in the local paper recognizing his achievement. Cadet Sherman White, Jr. Son of Prof S.W. White of Cathmagby, is the only colored boy from Elmore County in the air service. He is 21 years of age, a student at the Tuskegee Institute flying school, and is expected to get his wings in May.

On July 2, 1943, Sherman was part of an escort, flying a P-40, and departing from Ferdjoura airfield in Tunisia, bound for a Luftwasse base in Sicily. The coast of Sicily was swarming with German fighters ready to attack the group. The escort planes successfully kept the Luftwaffe planes away from the bombers which were able to drop their bombs on the intended target, and they were able to return to the base upon completion of their mission.

It was then that fellow crew members realized that two planes did not return, one of which belonged to 1LT Sherman W. White. There were no witnesses to determine what had happened to these two men.

In early August, Sherman was listed as Missing in Action in North Africa. Two weeks later, he was declared.  His name is inscribed upon the Tablets of the Missing in Sicily-Rome American Cemetery. The date given is Finding of Death.