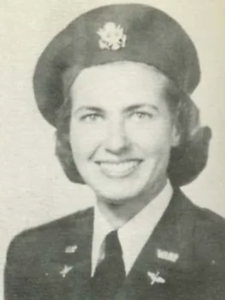 Parish was born in New York City, the daughter of Dorothy Upjohn DeLano Dalton and H. Allan DeLano. Parish was the maternal granddaughter of William E. Upjohn, the founder of The Upjohn Company, the Michigan pharmaceutical manufacturing company.

When she was 21, Parish joined the Women Airforce Service Pilots (WASP). She was in the 44-W-6 class and was stationed at Bryan Army Air Base near Bryan, Texas, where she flew P-40, AT-6, and BT-13 planes.

After the war, Parish attempted to get a job as a commercial pilot, to no avail. After marrying Pete Parish in 1948 she had five children and was a full-time mom. In 1958, when her husband purchased a share in a single engine 35C Bonanza, she decided to take up flying once more.

She and her husband soon purchased a Stearman, an AT-6, and a Grumman Wildcat. The last plane they purchased was the P-40.

In 1971, Parish was Vice President of Kal-Aero, Inc., the company she and her husband founded in Kalamazoo.

In 1977, she and her husband co-founded the Kalamazoo Aviation History Museum, which came to be known as the Air Zoo, near the airport at Kalamazoo, Michigan. The nucleus of the collection was their own planes.

She flew her signature pink P-40 Warhawk aircraft for more than a decade and performed routinely in air shows throughout the United States.

Parish flew the pink P-40 Warhawk until she reached her 70s. Deciding that she could no longer handle the G-forces, she flew that plane last in October,1993. She continued to fly her Beechcraft Beechcraft T-34 Mentor.

She was the first woman inducted into the Experimental Aircraft Association Warbird Hall of Fame, and is also an inductee of the Michigan Aviation Hall of Fame.

In 1948, Parish married Preston “Pete” Parish. They had two daughters, Barbie Parish and Katie Miller, and three sons, Will Parish, Pres Parish, and Dave Parish. She also had 14 grandchildren. In 1991, the marriage ended in divorce.

Parish died on May 13, 2010, at Smoke Tree Ranch in Palm Springs, California. 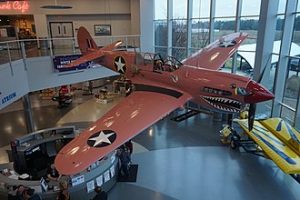 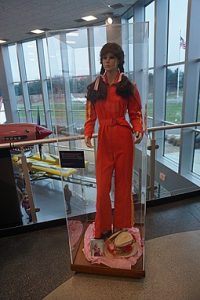