Our flight training included 20 hours of flight time in the P-40, as an introduction to single engine fighter aircraft.  After graduation, we went into combat fighter training.

We spent about two months training in fighter aircraft as our final preparation for our overseas assignment as replacement pilots for the 332nd Fighter Group.  This training was accomplished in the P-47 (affectionately known as the Jug or otherwise known as the Thunderbolt) because the 332nd was flying this aircraft in combat.  It so happened that the 332nd flew this aircraft only one month; it was replaced with the P-51, an upgrade in equipment.  Hence, my training in the P-47 for combat did not prepare me for the P-51.  This meant that I was introduced to a new aircraft for combat flying when I arrived at Ramitelli, Italy.

Our check out in the P-51 included a few hours of reading the pilot’s manual and learning all the P-51 systems, including various speeds for takeoff, cruising, and landing the plane.  We also spent a few hours in the cockpit to allow us to become familiar with the location of all the gauges and systems before flying the P-51.  This took approximately one day.  The next day I flew the P-51 for the first time.

Having flown the P-40 and P-47, there were no real surprises in my initial experience in the aircraft.

The P-51 was faster and more maneuverable than the previous two fighters and it was immediately clear to me that this was the finest aircraft one could fly in combat.  In fact, on my first fly, I performed every acrobatic maneuver, i.e. I really wrung the aircraft out.  After a couple more flights, I was fully prepared to fly my first combat mission.

Of course, I didn’t know everything about the aircraft on my first combat mission, because I had only had 5 hours of flying time in the P-51.  However, as I gained more flying time, becoming more knowledgeable and comfortable in the P-51, it became abundantly clear to me that the P-51 was the finest combat aircraft fighting the war, especially among the conventional aircraft with reciprocating engines (propellers).

The P-51 obviously played a vital role in the air because of its great success in escorting and protecting heavy bombers against enemy aircraft.  In fact, within a short period of time after the introduction of the P-51 into combat, we soon ruled the skies and with air superiority, it was just a matter of time before victory was ours! 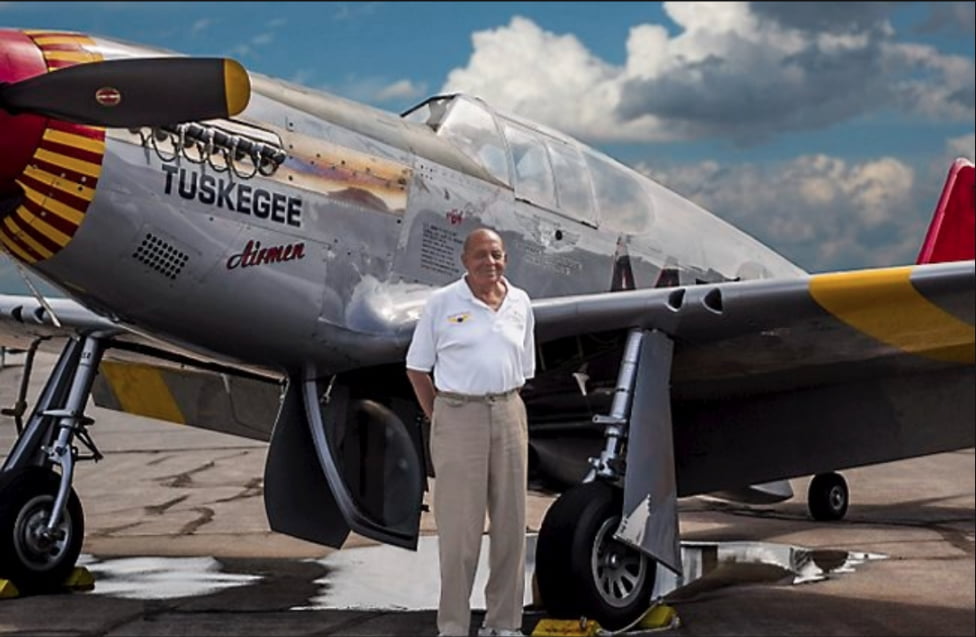