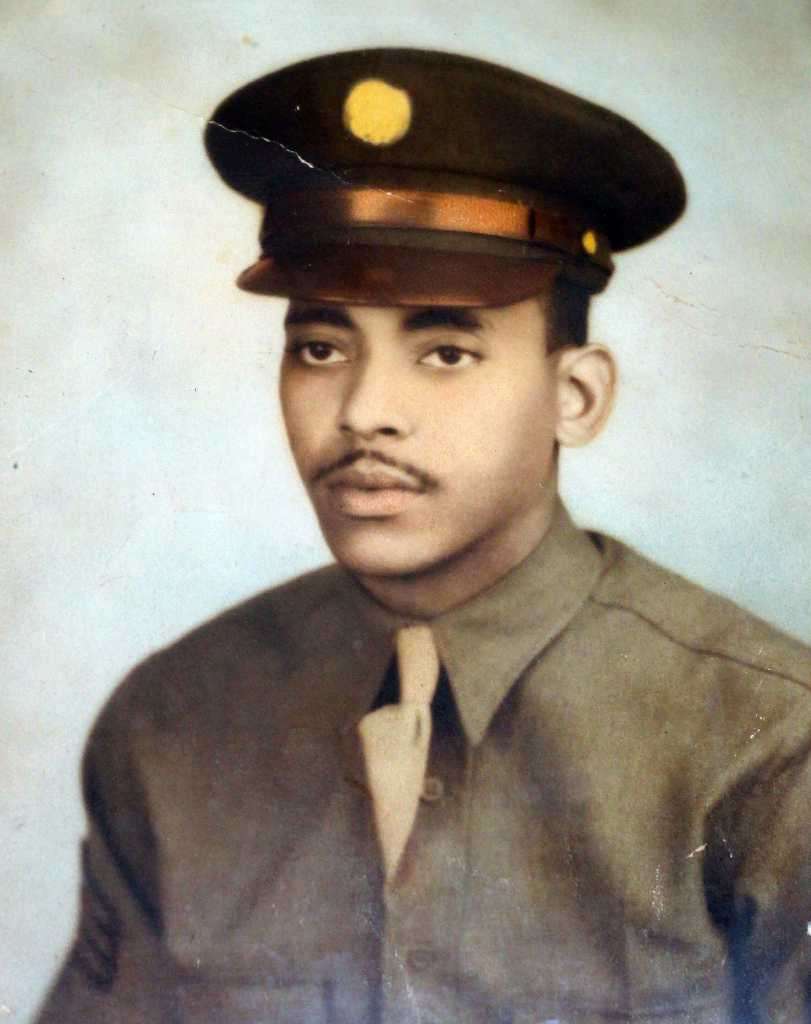 The first enlisted administrative clerk of the 301st Fighter Squadron!

More than a decade before Rosa Parks refused to give up her seat on a bus in Montgomery, Alabama, a group of young African-American men made a statement of their own, overcoming racial prejudice and the racial stereotypes of the day to shine as aviators in World War II.

Thomas Ellis, a native of San Antonio, Texas, was only 6 months married when he was drafted into the Army Air Corps. “I never received an 1-A classification, just draft papers…” Ellis was drafted in June 1942. He went through basic training in Newport News, VA and was then sent to clerical school in Tampa, FL. He was sent to Tuskegee in October, 1942 to support the 99th Fighter Squadron. He was the first enlisted man in the first all-black fighter group.

At Tuskegee, he was chief clerk over a team of five clerical staff. Soon promoted to Sergeant Major, he was in charge of payroll, maintaining service records, updating classifications, handling correspondence and other high-level clerical duties. He also kept a journal of all cadets’ progress through the flight training school. This included noting crashes and washouts.

He went back to Newport News to deploy to Europe with the rest of the 99th in late 1943. This was the unit’s first experience with complete segregation – theaters and mess halls were roped off for “white” and “colored” (“how we hated that word”).   German POW trustees were assigned to work in the kitchen and other public areas and they could sit and move about wherever the rest of the white population could. “Here we were, going to fight for out country, and those Germans, who originally wanted nothing more than to kill Americans, were being treated better than we were!” The Tuskegee group threatened a protest about the segregated conditions but the brass heard about it and were ready for them with tanks and other armament. Nothing happened and the group got on the boat.

Ellis was reassigned to run the clerical group for the 301st Fighter Squadron out of Ramitelli Air Base in Italy in 1944. He had the same general role as before, but now also had to write to deceased or MIA unit members’ families regarding the soldiers’ situations. “That was really hard – I knew everybody and we were very tight, like a family.”

Sgt. Major Ellis was involved in the 332nd Fighter Group’s transfer to Taranto Italy under (then) Colonel Benjamin O. Davis Jr., and distinguished himself in his duties in Salerno, Montecorvino, Anzio, Foggia, Naples and Rome, being awarded seven Battle Stars before being discharged in September, 1945. 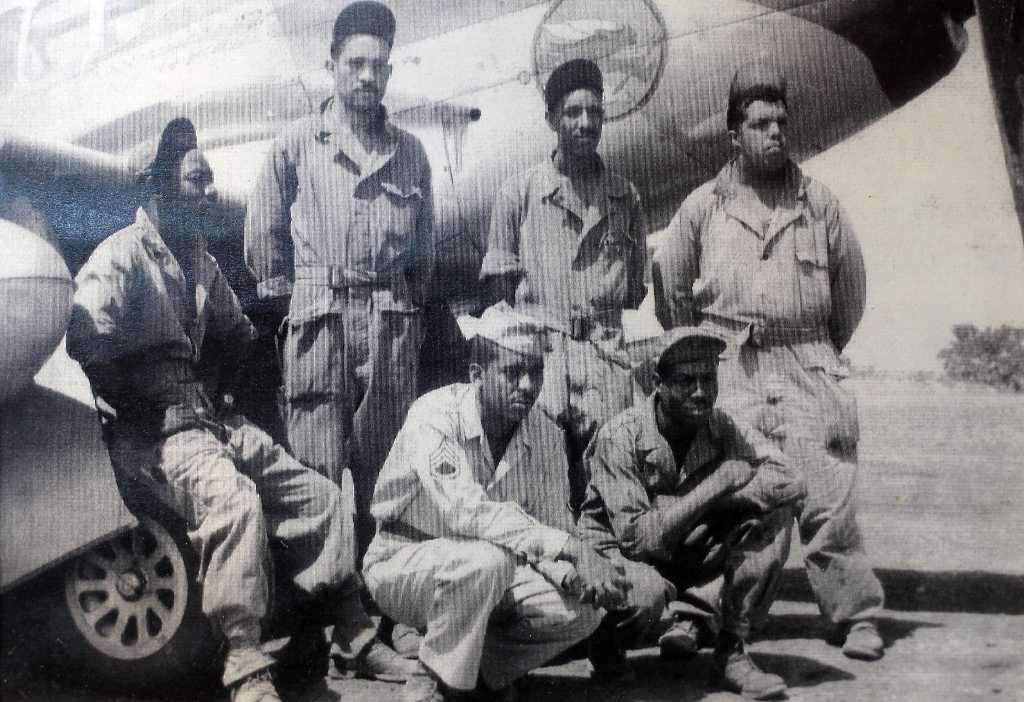 Ellis had worked in a department store in San Antonio so he went back there since he had a wife and child to support. He took the USPS mail carrier exam and passed so then worked as a mail carrier until his retirement in 1984. At the same time, he led a jazz quintet that played in the San Antonio area for years in “some of the best clubs and restaurants.” He gave that up in 1994.

Sgt. Major Thomas Ellis, we thank you for your dedication and promise to always remember your faithful, steadfast resolve in your service to our nation in its time of need, despite the ignorance that was so prevalent in your early life.