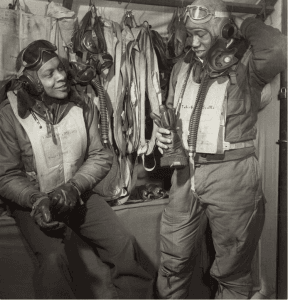 As a youngster, Gaines and his older brother were raised by their mother in Freeport, Long Island, in their grandparents’ home. He met his father only a few times.

His mother worked multiple jobs to support her two children and give them a solid start in life, Gaines said; he credits her with his work ethic.

Being the only black family in Freeport came about by chance; the owner sold the house to his grandparents to spite his neighbor, Gaines said. The family got along well with their neighbors, he said.

When the kids played ball or hide-and-seek, color was not a barrier to friendships. Gaines was just one of the boys

But when it came to schooling, he was not treated equally to his white peers.

Gaines was denied college preparatory courses like algebra and geometry; instead he was assigned to “commercial arithmetic” because school officials assumed an African American would grow up to work in service.

In junior high school, a young woman at the church his family attended in neighboring Hempstead caught the young Gaines’s eye.

Soon he and Jacqueline Kelly became friends. He took the bus to her home every Sunday after church. Both played in their school bands (he, drums; she, violin) and always attended each other’s recitals, Gaines said. In high school, Gaines formed a jazz band with three of his schoolmates: a Jewish boy, a WASP and a Norwegian American. “It was a pretty mixed group,” he said. To earn money, Gaines also caddied at the local golf course. It led to a lifelong passion for golf.

At his high school graduation ceremony, Gaines learned he’d won the prize for the highest mark in government/citizenship. “It was sort of a vindication for me,” he said. As a result, he got a Regent’s Scholarship to Drake University. But he couldn’t afford the bus fare to Iowa. He got a job in a clothing store, and later at Woolworth’s, until a friend came home from Howard University and urged him to apply. To qualify, he had to take algebra and geometry at night school, attending Howard during the day and working in the cafeteria. “That’s how I ate,” Gaines said.

When the Army Air Corps opened Tuskegee Institute to train blacks as pilots, Gaines took the exam. The first thing he and the other men had to do before learning to fly was take physics, chemistry, algebra and trigonometry, the very courses he was denied in high school.

Two months later, he began training. He graduated August 4, 1944 and was soon deployed to the European theater, flying P-47 Thunderbolts and P-51 Mustangs.

On his 26th mission, on April 15, 1945, while flying a P-51 in the 99th Fighter Squadron, 332nd Fighter Group, Gaines went missing at 1430 hours about 40 miles from Muhldorf, Germany, after being hit by enemy antiaircraft artillery fire. He was a flight officer at the time.

The underside of the cockpit was hit. Gaines jettisoned the canopy, unhooked his harness, oxygen and radio headset, and stayed with the plane as long as it would fly, hoping to make it behind Allied lines. The plane crashed in German territory.

Gaines was quickly captured and was held as a prisoner of war in Stalag Luft VII in Moosburg, Germany, with 25,000 allied POWs, to include 8,000 flying officers. He was repatriated by Patton’s 14th Armored Division. Learn more about the 32 captured Tuskegee Airmen POWs.

After the war, Gaines went back to Tuskegee as a pilot trainer in the B-25 bomber.

In 1947, he enrolled in New York University on the GI Bill, then attended Meharry Medical College in Nashville, TN, earning a medical degree in 1953. He did an internship and residency on Long Island, becoming a board-certified surgeon in 1959 and working for 17 years as a medical examiner before going into hospital administration.

The milestones and accomplishments of his life include a career as Tuskegee Airman combat pilot, physician, surgeon, medical examiner and hospital administrator – and a 71-year marriage to his junior high sweetheart, Jacqueline, with whom he raised three children.

Looking back, Gaines said during an interview, “I’m satisfied with my life.” 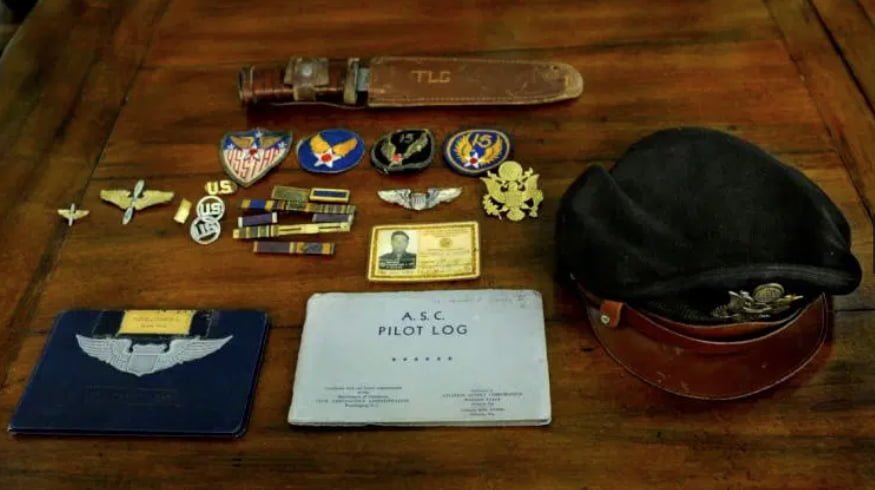