Lt Col John Lindsey has been retired from his service in the US Air Force for some time now. After a 29 year, 6 month and 25 day military career that spanned time in the National Guard, Reserve Officers’ Training Corp, active duty and reserves, he has much to share from his experiences serving our country during war and peacetime.

Early in his military career during the Korean War, Lindsey served with a man who had flown the B-24 bomber in crucial missions over Italy in World War II, and had a particularly impactful experience with the Tuskegee Airmen. On a trip back from a strike over Berlin, the pilot was limping his aircraft home on two engines, and many in his crew were seriously injured, a few even dead.

“Being still quite away from his landing site, he saw two planes with red noses and tails come up and take position off each wing, and thought that they were German fighters painted up to look like the Red Baron of World War II,” said Lindsey. “Then he saw six German fighter planes line up to come in for the kill. He thought for sure he was going to be a casualty.”

Much to this pilot’s surprise, he saw the two Red Tails attack the center of the German formation, and shoot down four of their planes and force the remaining two to turn back. They then took position to escort the crippled B-24 back to its base.

“He later learned that they were part of the Tuskegee Airmen,” recalls Lindsey. “After that incident, whenever the mission was to Berlin, he let it be known that if at all possible they ALL preferred the Tuskegee Airmen to be their escort.”

During his time in the service, Lindsey had the opportunity to meet many of the Tuskegee Airmen personally, and knows first hand of their strength of character and determination. “They were some of the best airmen we had.”

Another great personal account of the Tuskegee Airmen’s heroic performances in the War, and how to truly earned the name “By Request.” Thank you Mr. Lindsey for your service to our country and for sharing this inspirational story with us! 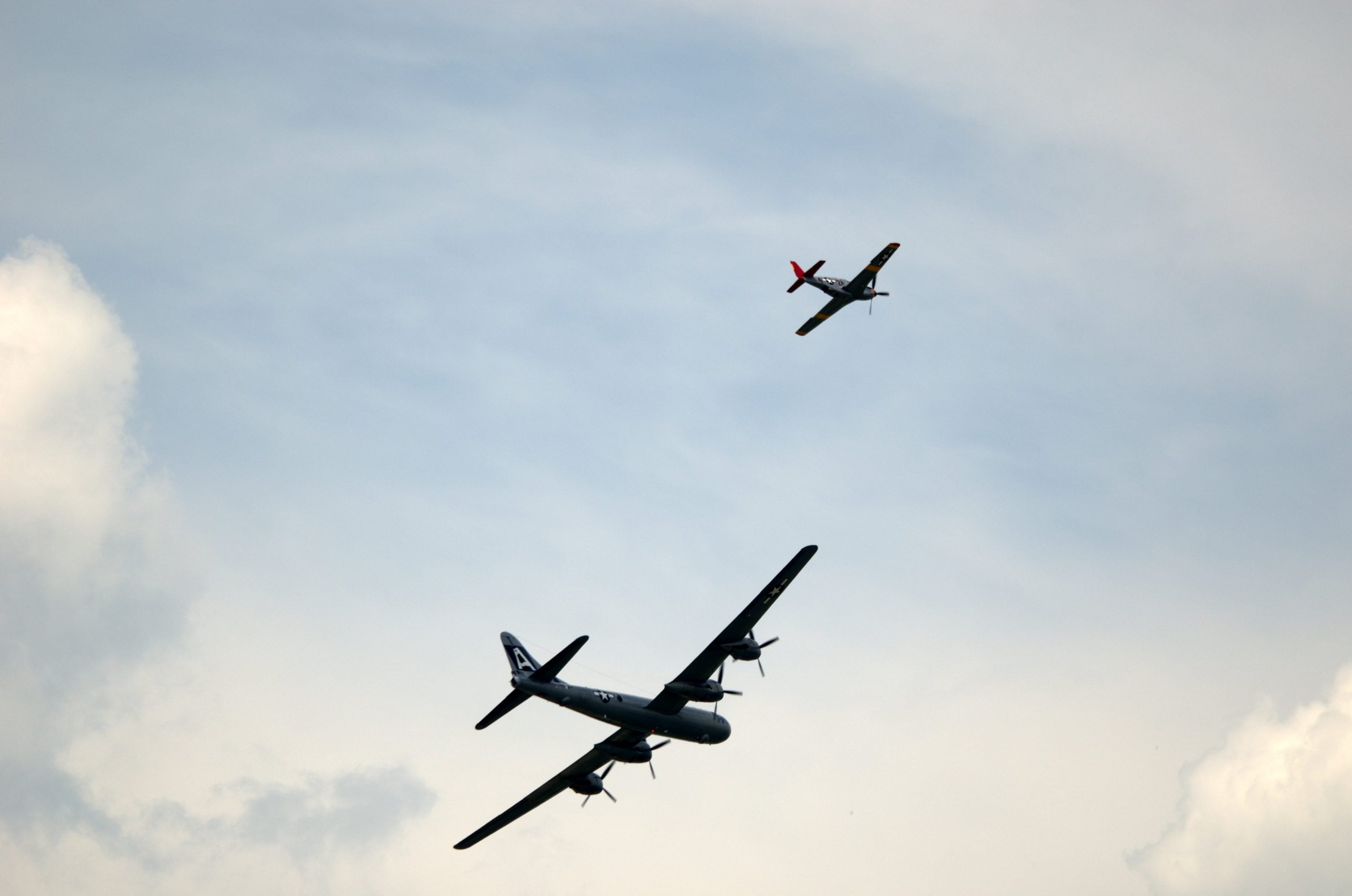