Vivian Cadman was just 9-years-old when her grandfather took her to the airshow at Mines Field near Los Angeles, but the experience ignited a passion for flying that would characterize the rest of her life.

A third generation Californian, Vivian was born in 1921 in Fullerton where she attended elementary school through junior college.  She transferred to the University of California, Berkeley where she majored in English.

At 19 Vivian was already licensed to fly airplanes – but didn’t yet have a license to drive an automobile.  In 1943 the shortage of male pilots for the World War II effort gave 22-year-old Vivian the shot of a lifetime.  She was one of only 1000, out of an applicant pool of 25,000+, tapped to join the elite Women Airforce Service Pilots.  Her job was to ferry aircraft from the point of manufacture to locations where they were shipped overseas.  A qualified pursuit pilot, Vivian flew 17 different aircraft, including the P-51 “Mustang,” her favorite. 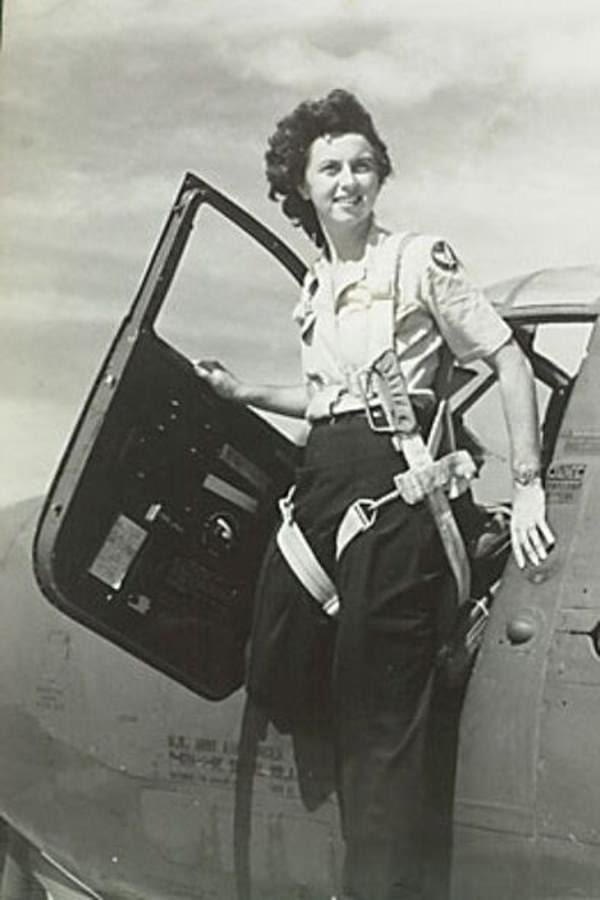 Vivian returned to civilian life when the WASP were unceremoniously disbanded.  As there were no jobs for professional women pilots at the time, she did what she had to keep herself in the air: she became a stewardess for American Airlines.

Vivian Cadman married Lt. Howard B. Eddy, a naval aviator and former high schoolmate, in 1946.  Over the next twenty years tours of duty took the family to Washington, D.C.; Coronado; Alameda, CA; Pensacola, FL; Barber’s Point, HI; and Pt. Mugu, CA.  Three daughters were born along the way.  Vivian was the model Navy wife and mother: she ran the house when Howard was at sea, made all the girls’ – and her own – clothes, was active in the Navy Relief Society, and served as PTA president.  She also discovered golf, and played regularly from the late 50s to 2007.

Upon Howard’s retirement from the Navy in 1966, the family moved to the Seattle area where Vivian sold advertising for the weekly Mercer Island Reporter.  Along with bringing in the revenues needed to put the paper in the black, Vivian’s work won numerous prizes from the Washington Newspaper Association.

It was while living in the Seattle area that Vivian and Howard bought the first of a string of single-engine Piper aircraft and began taking trips across country and as far south as central Mexico.

In 1977, after years of intense lobbying in Washington, the WASP were recognized as veterans and granted benefits.  And in March 2010, Vivian and a few hundred of the remaining WASP traveled to Washington, D.C. to receive the United States Congressional Gold Medal, the highest award given to civilians.

Vivian Cadman Eddy was a thirty-four-year resident of Coronado.  She passed away at her home on April 29, 2013.  She was 91.  Her remains were interred with military honors at Fort Rosecrans National Cemetery on May 25, 2013.