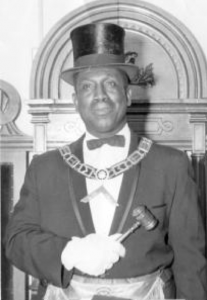 In 2007, William “Bucko’’ Bennett was among a cadre of then unsung airmen called to Washington, where President George W. Bush was on hand as they received a bronze replica of the Congressional Gold Medal, one of the nation’s highest civilian honors.

“I would like to offer a gesture to help atone for all the unreturned salutes and unforgivable indignities,’’ Bush said. “And so, on behalf of the office I hold and a country that honors you, I salute you for the service to the United States of America.’’

Yet throughout his adult life, Mr. Bennett spoke little of his days as a vaunted Tuskegee Airman. Even when he did, he shrugged it off as simply having done his duty.

“I don’t think he saw what he did as a Tuskegee Airman as being all that special,’’ said Laura J. Brown of Lynn, Mr. Bennett’s niece. “I think he saw it as his duty as an American.

“I know that his specialty was maintaining the planes,’’ she said. “He wasn’t a pilot. He was one of the guys who made sure that the planes were fit to go up each and every time. He liked mechanics. That’s what he went to school for, and that’s what he did when he left the Air Force.’’

It’s well documented that the Tuskegee Airmen, who helped maintain planes and provided bomber escorts during World War II, were discriminated against at home and abroad. Yet Mr. Bennett did not dwell on that, friends and family say.

“If you asked questions, he’d say certain things and talk about how rough it was for the black servicemen when he first went to Alabama, how rough it was for black men in the South, period,’’ said his friend, Larry McPherson of Mattapan. “Other than that, he never talked too much about it, but he was very proud to have served as a Tuskegee Airman, and I was very proud knowing him.’’

The son of immigrants from Barbados, Mr. Bennett graduated from Mechanic Arts High School, now John D. O’Bryant School of Mathematics and Science, in 1940. After graduation, he worked as a marine engineering technician for the Boston Navy Shipyard until he was drafted and sent to Tuskegee, Ala., where the unit was trained.

“After the war, he returned to the shipyard; altogether he worked there for 30 years,’’ Brown said. “After his retirement in 1973, he spent many years catering in the New England area. He met lots of people, and he was very social. He catered fancy events, so there was an art to the way he did it. He was old school and very precise. He liked to eat, so he got to go to lots of events and eat the best foods. He also made good money doing it.’’

Mr. Bennett was married to the former Frances L. Ross for 47 years until she died in 2000. The couple had no children.’

Mr. Bennett had a warm, giving side, his friend, Larry McPherson, said. “He gave money to Boys Town and Girls Town for years. I don’t know how much money he actually donated, but he made it a point every year to give to them, and I just found out at his funeral that he brought some prayers books for his church, but he didn’t want anybody to know it. He was humble about stuff like that.’’

Read the Transcript of interview with William “Bucko” Bennett, May 9, 2008