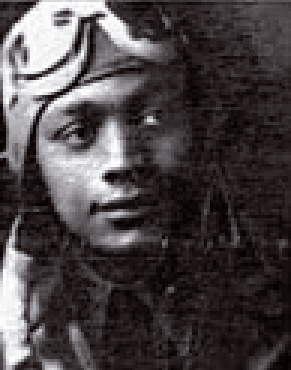 Visit our Virtual Museum to see the post of flight jacket worn by 1st Lt. William Noel Alsbrook during a strafing mission

During his lifetime of more than eight decades, William Noel Alsbrook played many roles. What makes his achievements all the more admirable are that they were made despite many obstacles and challenges.

William was born on January 31, 1916, in Kansas City, Kansas. During the 1920s, he lived with his widowed mother Elgeitha, his grandparents, and his siblings Adolphus and James. His grandfather Jerry Stovall was a butcher at a local packing company who passed away when William was young. By 1930, William was living in a home without a father or grandfather. To care for the family, William’s mother was as a teacher and his grandmother Elizabeth a cook and janitress. Education was stressed in the home, with brother James eventually becoming a sports reporter.

William’s dreams were with inventions and mechanical devices, and as a boy, he would frequently travel to the local Kansas airport to watch planes take off and land. It was then that his dreams of being a pilot began.

During 1935, William started his studies at the University of Kansas as a math major and worked as a porter for the Beard & Gabelman clothing and department store to help pay for school.

With the chance finally afforded to African Americans to serve as military pilots, William transferred to the Tuskegee Institute and Tuskegee Airfield, earning his wings and graduating a 2nd Lieutenant with class SE-43-I on October 1, 1943. The graduation ceremony featured a speech by Tuskegee University President Dr. Frederick D. Patterson who praised the pioneering efforts of the Tuskegee Airmen. Four days after graduating, now 2nd Lt. Alsbrook married Louise M. Brown. He would receive the news before leaving for overseas duty that his wife was pregnant with their first child.

Lt. Alsbrook would live his dream of piloting an aircraft, participating in more than 80 combat missions in the European theater in Italy and Austria as part of the 99th Fighter Squadron and 332nd Fighter Group. During one harrowing mission, there were mechanical problems that tore his plane apart. Fortunately, Lt. Alsbrook parachuted to safety. A November 19, 1944, strafing mission against targets near Gyor-Vienna-Esztergom earned Lt. Alsbrook the Distinguished Flying Cross. For his years of bravery and service, he would be awarded 4 Bronze battle stars and be promoted to 1st Lieutenant.

The February 25, 1945, edition of the Chicago Sunday Tribune featured a story about 13 military wives who had given birth to babies while their husband served overseas. Because they did not yet have the chance to see or meet their babies, the newspaper arranged for V-mail to be sent with imagery to the new fathers. One of the families featured in the article was Lt. Alsbrook’s – with a picture of Louise and new son William Jr. The couple would also have a son named Reginald.

One of the harsh experiences faced by African American soldiers and pilots who served during World War II was that upon their return to the United States, discrimination and prejudiced continued to be an everyday experience. A 1998 newspaper obituary by Meg McSherry Breslin for the Chicago Tribune relayed some of the examples of the racism experienced by Lt. Alsbrook, “Mr. Alsbrook also faced some heartbreaking setbacks when he came home. Clad in his military uniform days after he returned, he went down to Kansas City, Mo., to buy a hot dog and soda pop and was turned away because he was black, his brother James said. He also couldn’t get a job as an airline pilot because of his race, he said.”

Despite his military experience and service, Lt. Alsbrook could not find civilian work in his dream occupation of being a pilot. Returning to Chicago where he had married Louise, Lt. Alsbrook worked as television repairman and electronics technician for the Zenith Electronics, LLC until his retirement during 1982. With this endeavor, William Alsbrook proved once again to be a pioneer, as he was one of the first African Americans hired by the company for this role.

Drawing on his military experience, love of math and science, and the ethos of prizing education that was instilled by his mother, Lt. Alsbrook would continue to innovate, creating more than a dozen different inventions during his lifetime. One invention, for a food packing system, was award a United States Patent during 1996, when William was 80 years old. Even today, Lt. Alsbrook son Reginald and his family have worked to make that food system a reality.

On January 5, 1998, William Alsbrook passed away, a few weeks shy of his next birthday. He is buried at the Camp Butler National Cemetery. 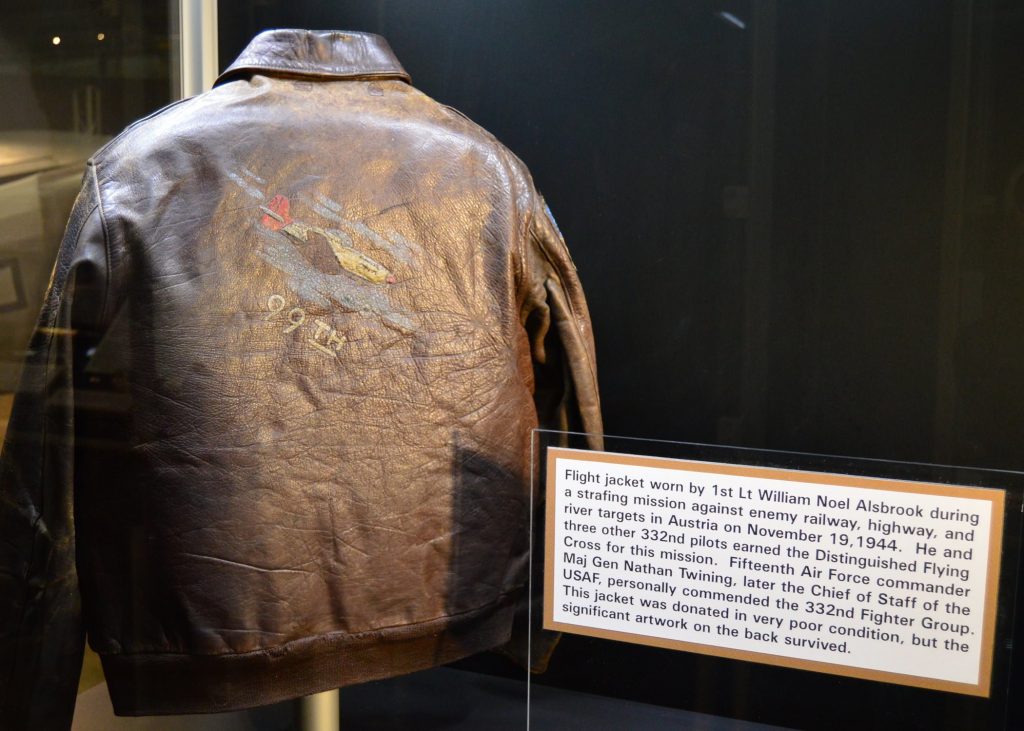 In 1973, the leather jacket worn by Lt. Alsbrook during World War II was placed on exhibit in the Air Force Museum at the Wright Patterson Air Force Base. It stands as a constant reminder and symbol of the service of men and women like William Noel Alsbrook, who despite challenges as great as prejudice at home and Fascism abroad, dreamed, endured, thrived, and contributed. 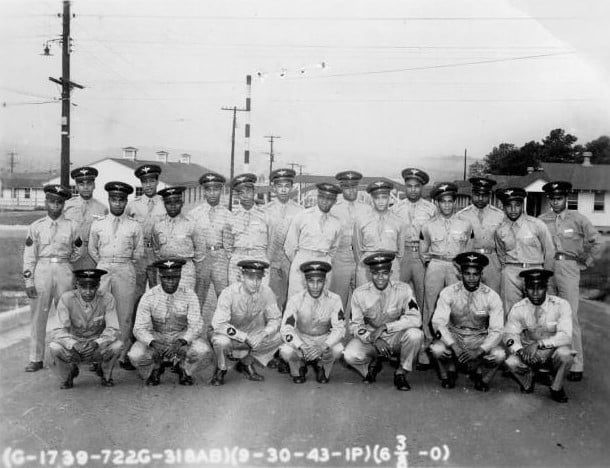 Researched and submitted by Nick Tenuto