On Sunday morning, McGee died in his sleep, “He had his right hand over his heart and was smiling serenely,” his youngest daughter, Yvonne McGee, said in a statement. 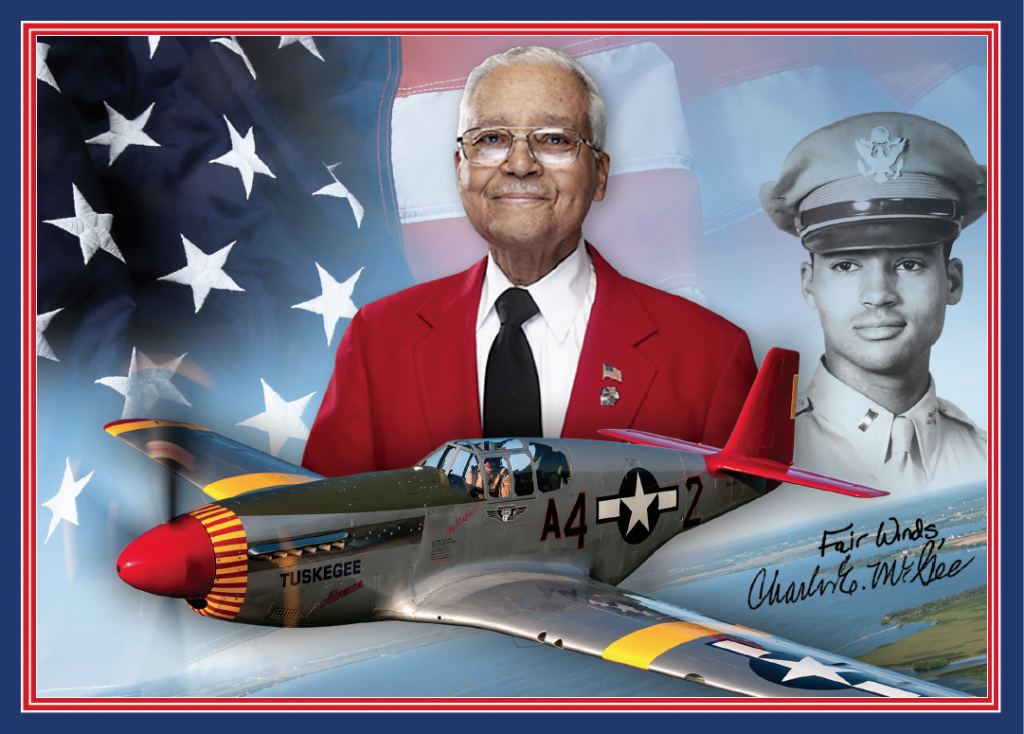 Brig Gen McGee was a long-time supporter of the CAF Rise Above and CAF Red Tail Squadron. He attended numerous events with us and loved interacting with the young people.This was an email he sent after attending an event in 2016 with us, it epitomizes the impact he had on the youth. He was such a kind and humble hero!

In a room crowded with receptionists, a young lad was standing aside appearing downcast. I approached and we had a chat about school and the Rise Above dog tag value lessons. A bit later a lady, in tears, came to me profusely expressing thanks for the boost the chat had given her son. He had shared with her that he was ready to Aim High, Believe in Himself and Never Quit.