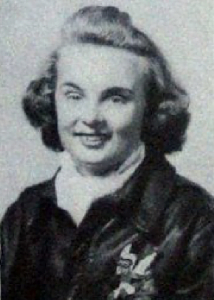 Fun fact: Number of Trainees: 124 trainees, 85 graduates. This was the first class to enter and complete all their training at Avenger Field.

How many war movies have we seen that feature a handsome young aviator kissing his new bride goodbye, and then flying off to a certain death? But if Robert and Helen Severson’s love story became a movie, they would both fly off into the clouds—both were aviators who died in air crashes while serving our country in World War II. They were heroes who gave their lives for America.

Robert Severson was my second cousin, the youngest of Chester Severson’s children. Chester was my great-aunt Julia Peterson Severson’s son, so Robert was my grandfather Paul’s great-nephew. Robert was born June 18, 1919, just two years after my father was born. He grew up in Brookings, South Dakota, excelling in school and entering South Dakota State College in the late 1930s, graduating in 1942.

While in college, he met a young woman named Helen Jo Anderson. She was born to Edwin and Amy Anderson in rural South Dakota in 1918. Her family moved to Brookings sometime in the late 1930s. By 1940, Amy was working as a stenographer in the State College Library while getting her degree in general science like Robert. Both Helen and Robert were exceptional students. They also both enrolled in State College’s Civilian Pilot Training Program—the CPT. This government funded program began in the late 1930s to increase the number of trained pilots. Helen is believed to be the first woman to complete the State College CPT program.

Helen graduated in 1941, and the young couple must have married shortly thereafter. Following Robert’s graduation, he immediately entered the military, and was of course sent to pilot training. Helen pursued a master’s degree in library science at the University of Illinois in Urbana-Champaign, continuing her flying out of the Urbana air field.

Robert was shipped overseas as a “spotter pilot” in the U. S. Army’s Africa campaign. Spotter pilots had very dangerous missions. They flew in small planes—Robert flew a one-man Piper Cub—over enemy territory “to detect the enemy concentrations of troops and materiel and relay the position to the artillery.” Since the pilots needed to drop to low altitudes to see the enemy positions, they were easy targets for anti-aircraft guns.

When Robert got his orders to deploy, Helen became the manager of the Urbana airport, and when the Women’s Army Flying Service (WAFS, later WASP) was formed, she volunteered.

Helen was sent to Avenger Field near Sweetwater, Texas for training. She was just eleven days from graduating from the program when a routine training flight turned 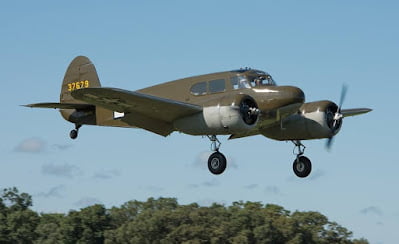 disastrous on August 30, 1943. Helen and fellow student Margaret Siep were flying a UC-78 from Sweetwater to Big Springs, practicing radio navigation. Helen was flying “under the hood” which means her vision was restricted by a hood to simulate conditions that would necessitate flying by instruments. The plane suffered a mechanical failure, and crashed, killing Helen, Margaret and their 22-year-old flight instructor. According to a history of the WAFS, that evening some of their classmates gathered around a vine that Margaret and Helen had planted in March to hold a vigil in their honor. The vine had grown to cover the rear wall of a barracks.

Following Helen’s death, Robert volunteered for an even more dangerous assignment, becoming a spotter over Germany. Just one day after his Air Medal was awarded, he was shot down over Germany in his Piper Cub observation plane. His parents were informed he was missing in action two weeks later. The article reporting him missing noted that he had served as a spotter for over two years in Africa, Sicily, Italy, France, Belgium and Germany, and that his “efficient work” had been written up and reported by both the military and civilian press.

His family had to wait three long years before the Army was able to retrieve his body and return it to the United States. The Argus newspaper in South Dakota reported that he received military rites overseas before his body was sent home for burial in December, 1947.  He was laid to rest beside his wife Helen in Brookings’ Greenwood Cemetery. 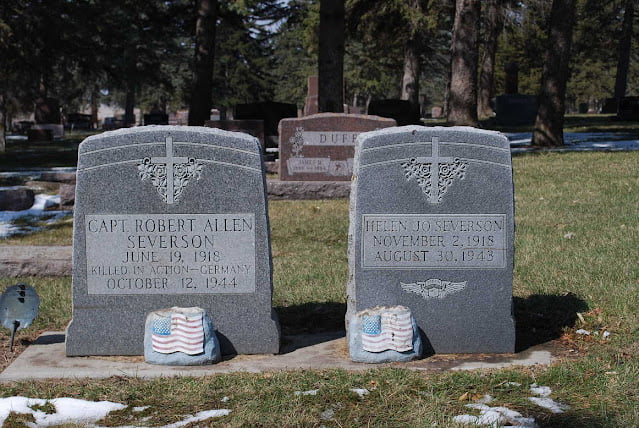 The brave women of the WAFS/WASP were not recognized for decades as veterans who served their country. Helen was finally recognized over sixty years after her death. Her Findagrave memorial contains the following information:

“Helen was a forgotten veteran who was finally recognized as WWII veteran. It took 60 years, but thanks to Tammy Schroeder, commander of the Grant County American Legion, arranged a memorial service for Helen, who died in a plane crash while she served her county in the WASP program during the war. Also, thanks to Tammy, Helen was awarded the status of a veteran.”

“The family of Helen tried for many years to have Helen recognized as a vet, but Tammy did her job and came through for the family. She said women like Helen served during the war ferrying military planes around the country. Helen was never given the honor of a military funeral and now her day has come… Sixty years later Helen got the funeral she should had gotten. The rifles were fired and her flag was folded and given to her beloved sister Neoma Isaak after a thunderous flyover.”

The story of this brave and patriotic young couple would have made a real tear-jerker of a movie. They were such wonderful young people who exhibited great leadership skills, courage and honor. Imagine what they might have accomplished had they survived the war!