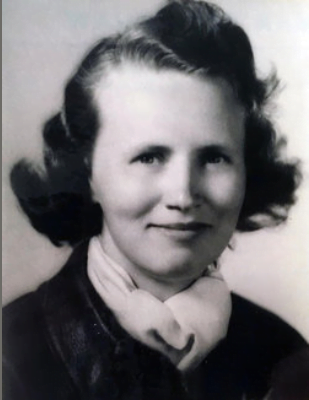 Margaret Seip was among the 38 WASP killed in plane crashes. She’s the only WASP casualty from Wisconsin.

Margaret was born in Milwaukee, Wisconsin, the daughter of Harry L .Seip and Elizabeth McLean. She had siblings John M. Seip and Harry James Seip.

She graduated from Lawrence University (then Lawrence College) in Appleton, WI. In 1938, a year before Cornelia Fort, with a B.S. in English. She was a member of Kappa Alpha Theta and Tau Kappa Alpha.

After graduating from college, Margaret worked at Chapman’s department store on Wisconsin Ave. before earning her pilot’s license. She acquired her private pilot license in the fall of 1940 and was one of the first women to join the Wisconsin CAP. In the fall of 1942, she and Cornelia enrolled at the Link Instructors Training School in upstate New York. She was a Link Instructor for army pilots before she joined the WASPs in March, 1943 and entered Army Air Forces Flight training April 6, 1943 at Avenger Field, Sweetwater, TX.

On August 30, 1943 Margaret and Helen Severson were only 11 days away from graduation and were thinking about their next assignment as Air Transport Command ferrying pilots. They were with their instructor, Calvin Atwood, in an UC-78 on a routine training flight from Sweetwater approximately 10.5 mi NE of Big Spring to practice radio navigation. Helen was flying under the hood at the time of the accident. An accident investigation blamed the crash on structural failure – the back door of the UC-78 came off, cutting the tail section off, the UC-78 then went into an uncontrollable spin at 10,000, till it hit the ground, all three on board were killed.

Later that evening, some of their classmates gathered around a vine that Margaret and Helen had planted in March. It now covered the rear wall of a barracks.

The plane she perished in was nicknamed the “Bamboo Bomber” because its wings and tail were made from wood. More than 4,500 twin-engine UC-78 Bobcats were manufactured during World War II and were used as a transition trainer so pilots could learn to use multi-engine aircraft before moving to bigger bombers or heavy transports.

Her family learned that Seip wasn’t even supposed to be aboard the UC-78 Bobcat that day, but she had volunteered to replace a pilot at the last minute.

The United States was embroiled in a two-front war, and the women played a critical supporting role. But they were not considered part of the military; their families could not hang gold star flags when they died and no American flag covered their coffins. In 2010, more than six decades after she died serving her country, Margaret Seip was at a graveside memorial service with full military honors.

“It’s a shame this wasn’t done a long time ago,” said Tammy Schroeder, an Air Force veteran who spearheaded the effort for memorial services for Seip and other WASP pilots killed in the line of duty. “These women are my heroes.”

Seip’s name is listed on the WASP Honor Roll at the U.S. Air Force Museum in Dayton. The Margaret Seip Memorial Award is given each year to the outstanding junior in the Red Arrow Club at Wauwatosa East High School. 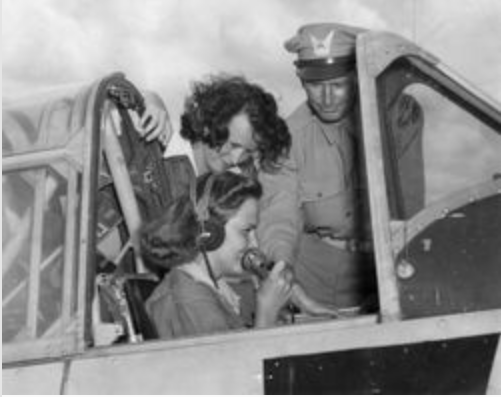 Maggie looking at Helen Jo Severson in the pilot’s seat