The history and legacy of the Tuskegee Airmen is inspirational to people of all ages. Their life lessons can impart a special meaning for people from all walks of life. From a child in awe of a red-tailed airplane, to the elderly veteran full of gratitude for their fellow war heroes, there is something in each of their stories that can inspire us all to live better, fuller and braver lives.

One such hero is Robert Friend, one of the oldest living original Tuskegee Airmen pilots.  Born in Columbia, South Carolina in 1920, Friend was interested in aviation from a young age. He read stories of World War I pilots in old magazines and made his own makeshift airplanes for imaginative play. Friend had wanted to enlist in the Army to fly for our country, but was turned away. Even though the country was making preparations for war, black Americans could not join the Armed Forces to serve as pilots.

While a student at Lincoln University in Pennsylvania – the first historically black college to grant college degrees – he took aviation-related courses. When the Civilian Pilot Training Program began in 1939 for college students, Friend eagerly applied and was accepted. He completed the program and earned his private pilot’s license. But this was only the first step to becoming a military pilot. When the program opened an opportunity for a segregated pilot training program at Tuskegee, Friend finally had his chance to join the war effort and earn his wings for his country.

After successfully completing all phases of training, he was commissioned as an officer in the U.S. Army Air Corps, and assigned to the 301st Fighter Squadron of the 332nd Fighter Group. By that time, the country had officially entered the war. When he deployed overseas, Friend was first sent to North Africa, then to the Europe Theater as a Combat Operations Officer at the squadron and group levels. He was responsible for planning and organizing the implementation of strategic and tactical air missions.

He was a skilled pilot in the P-47 and P-51 aircraft. He flew wing man for Benjamin O. Davis Jr., who would later go on to be come the first black general of the United States Air Force. He flew 142 combat missions in World War II. His service extended in several other capacities during the Korean and Vietnam wars. He finished his education at the Air Force Institution of Technology.

His career with the Air Force included serving as Assistant Deputy of Launch Vehicles, working on important space launch vehicles such as the Titan, Atlas and Delta rockets and the Space Shuttle. He served as a Foreign Technology Program Director where he identified and monitored research and development programs related to national security. He was also the Director of the Unidentified Aerial Phenomena Program, tasked with investigating unidentified flying objects, leading the USAF’s Project Blue Book from 1958 to 1963.

After retiring from the military, his expertise was utilized to oversee the design and production of space products for the Space Shuttle program, lead a company that creates components for the International Space Station and other satellite systems, and direct the research and development for USAF weapons and missile programs.

When Friend was in the air during World War II, he flew a P-51D Mustang, slightly different from our P-51C model. A D model, painted up with his original “Bunny” bathing beauty, has been on static display at the Palm Springs Air Museum for a number of years, but had an extensive overhaul to make it airworthy once again, taking it’s first flight in decades in February 2015.

Although identical, this particular aircraft was not the one Friend flew, but was built near the end of the war and never saw combat. It’s almost certain that the P-51D Friend piloted himself never made it back to the states. When the war ended, it was too much trouble to return many of the combat aircraft to the U.S. and they were commonly scrapped in Europe, or if they were returned to the states they were sold to civilians for very little.

Also, of credit to this inspirational Tuskegee Airman, Friend was an active participant in Ride 2 Recovery, cycling events that benefit mental and physical rehabilitation programs for our country’s wounded veterans. Friend himself rode in the events, and played a large role in helping to bring awareness to the program.

Lt Col Friend, we salute you for your decades of service to our country, and for inspiring future generations to pursue their dreams and make a difference, just like you and your fellow Tuskegee Airmen. 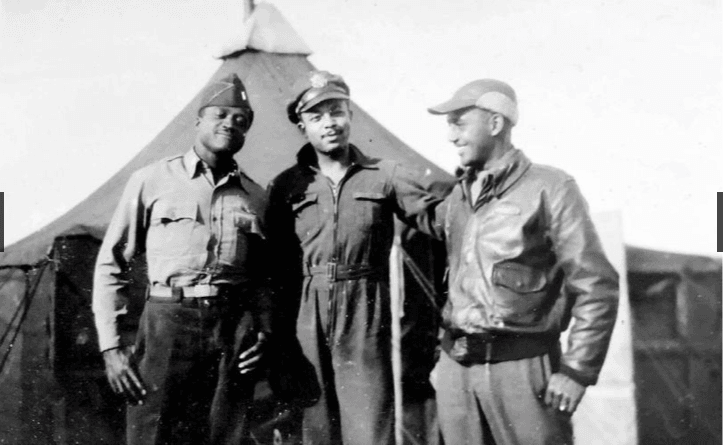 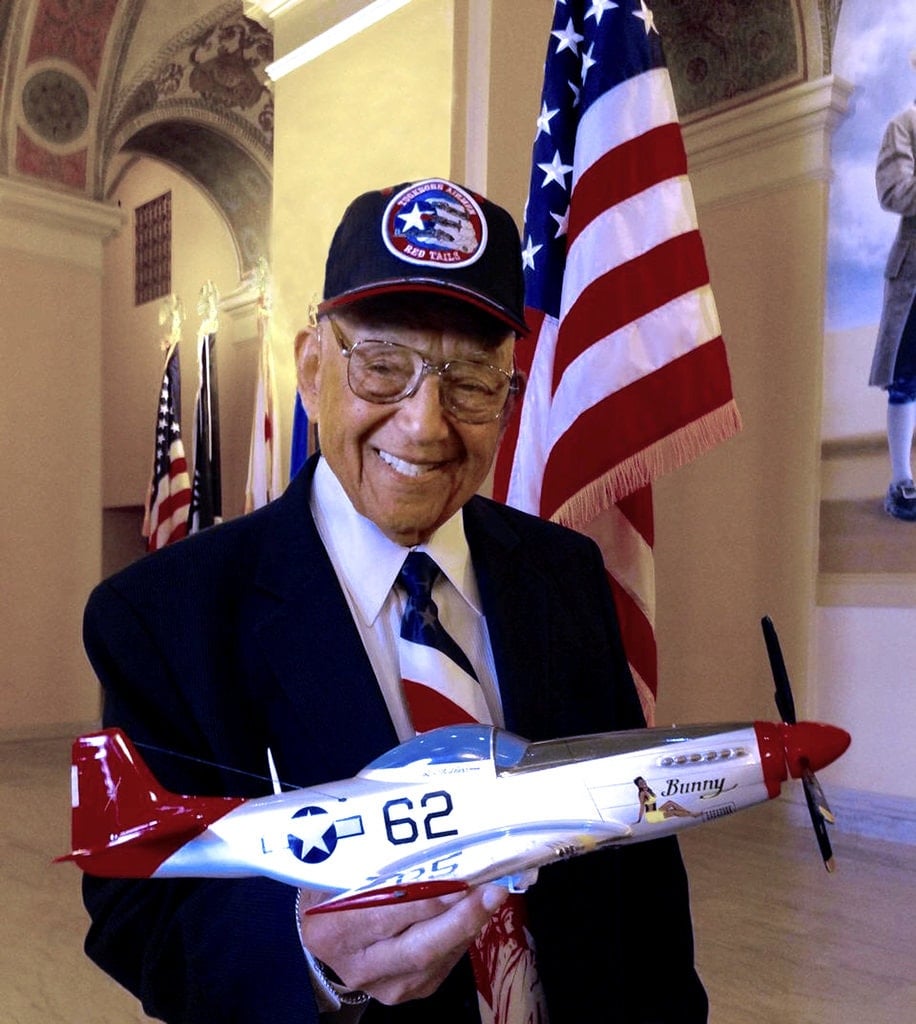 Lt. Col. Robert J. Friend, retired, in an undated photo with a model of a single-engine plane he flew during World War II. He named it “Bunny”, after his girlfriend and future wife.