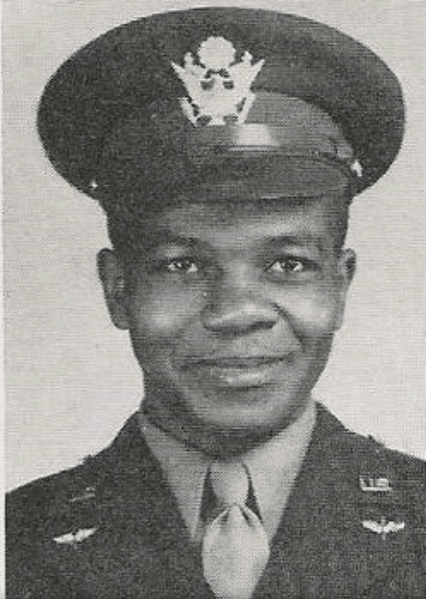 Imagine being an American World War II pilot that was such a threat to enemy planes that they knew you by name and had a fervent wish to stop you specifically. Imagine being one of only three Tuskegee Airmen with near-Ace pilot status, earning an impressive four aerial victories and flying 141 missions. That was the experience of Captain Edward Lucien Toppins.

Edward was born in Mississippi on June 12, 1915 (some sources placed his birth erroneously as January 12). He was raised by his mother Martha, a dressmaker, and lived with his mother, uncles, and sisters Henrietta, Delphine, and Naomi. During the 1920s, the family lived in Louisiana, but by the 1930s, Martha and her children had moved to Los Angeles where she started working as a maid to a private family.

Industrious, curious, and with a desire to fly airplanes and for anything mechanical, Edward graduated from Los Angeles Junior College and enrolled at the University of San Francisco. While a student, Edward worked as a porter for the Greyhound Bus Company. Edward registered for military service on October 16, 1940, and applied for the Tuskegee Army Air Field Training Program.

Edward was accepted into the program, but suffered multiple injuries during a training accident crash. While it took several months for him to recover, Edward was not deterred of his dream to fly and serve his nation. He graduated the program with Class 42-H, earning his wings as a 2nd Lieutenant on September 6, 1942. After graduation, 2nd Lt. Toppins married his wife Lucille. 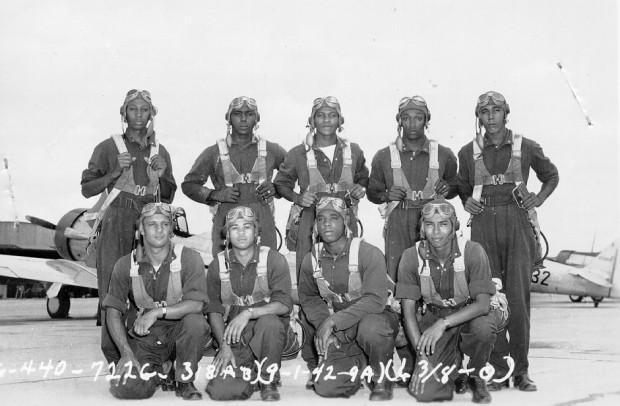 What followed graduation was one of the most heroic and storied military service experiences of the second World War. As a 2nd Lt, then 1st Lt., then Captain assigned to the 99th Pursuit Squadron, Edward L. Toppins flew an amazing 141 missions and scored four confirmed aerial victories, one shy of the status of Ace. Captain Toppins, Captain Joseph D. Elsberry of the 301st Fighter Squadron, and 1st Lt. Lee A. Archer of the 302nd Fighter Squadron, were the three Tuskegee Airmen with such a distinction. During one mission near Lake Balaton, Captain Toppins recalled a “sky covered with clouds of varying layers. This was excellent cover for attacking enemy aircraft. We were flying P-51s.” The American pilots noticed three ME-109s nearby and started a chase that lasted nearly 30 minutes. Two of the ME-109s were confirmed destroyed, one presumed destroyed. 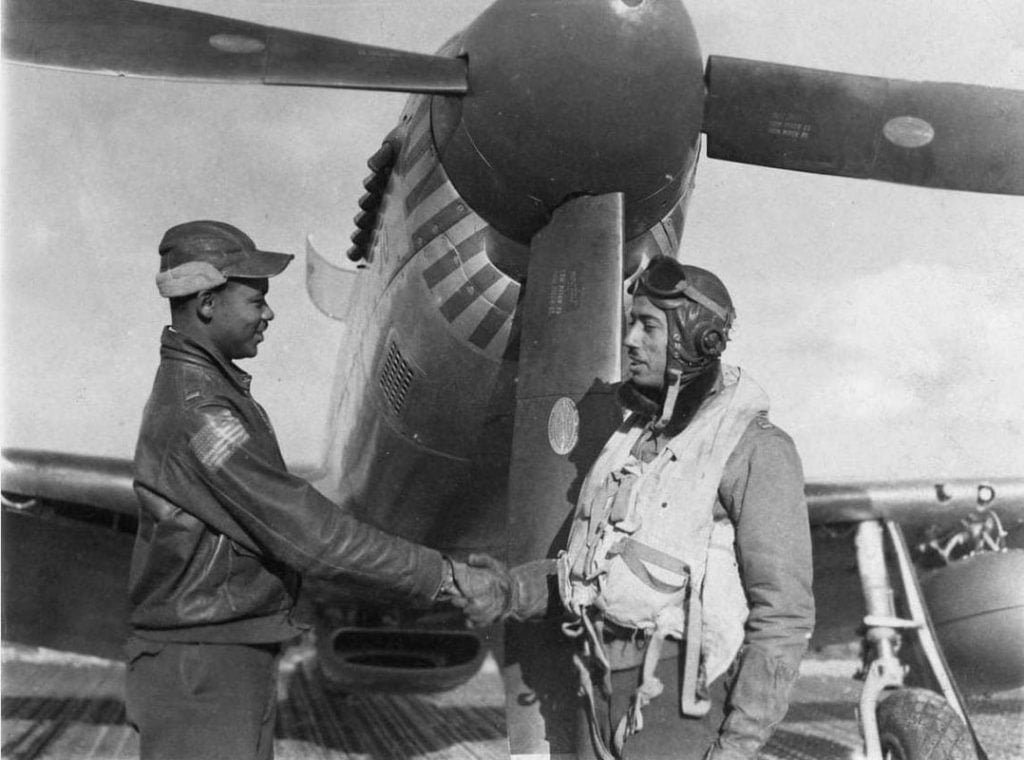 Captain Edward Toppins CO of the 99th FS shakes hands with Captain Wendell Pruitt of the 302nd FS. Toppins scored four victories while flying P-40s and P-51s. Pruitt scored three kills with the P-51 but before that, while piloting a P-47 Thunderbolt teamed up with wingman 1st Lt. Gwynne Peirson and sank an enemy Destroyer in Trieste harbor using only their .50 caliber machine guns. After his combat tour Pruitt returned to Tuskegee AAF and served as an instructor pilot but was killed in a training accident along with a student pilot on April 15, 1945.

Upon his return from the European theater, Captain Toppins continued his service as the Commanding Officer of the 602nd Air Engineering Squadron at the Lockbourne Army Air Base of Ohio. On December 10, 1946, he was piloting a B-52 bomber on a routine instrument training exercise. With him were co-pilot Captain Chase Brenzier, Jr., Lt. Ralph Berkes, and S/Sgt. John Smith. During the flight, there was an undetermined problem that caused the bomber to crash near the Air Base, exploding over a 25 acre swath of land. All four aboard were killed.

Captain Toppins was interned at the Golden Gate National Cemetery, leaving behind his wife Lucille, sisters, family, and friends. He also left behind a legacy of historic service that endures to this day. For his bravery, Captain Toppins had earned the Distinguished Flying Cross, the Air Medal with 5 clusters, a Victory Medal, an Eastern Theater Offensive Ribbon with 7 battle stars, and an American Defense recognition. Today, his correspondence, plaques, and journals are part of the California African American Museum’s special collection for future generations to learn from and be inspired by.

Thanks to Nicky Tenuto for researching and writing this submission!