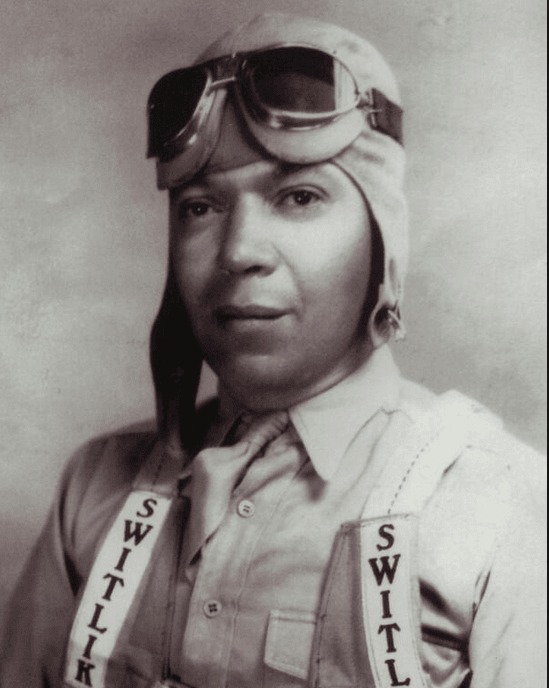 Charles Alfred Anderson, Sr., was an American aviator who is known as the Father of Black Aviation. He earned the 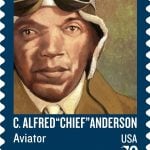 nickname“Chief” as chief flight instructor of the Tuskegee Airmen.

He was the first Tuskegee Airman to be featured on a U.S. postage stamp on March 13, 2014.

When the Chief received his pilot’s license in 1932, he was the only black flight instructor in America. He is best remembered as the Chief Flight Instructor and mentor of the famed “Tuskegee Airmen” of World War II. His 40-minute flight with First Lady Eleanor Roosevelt during her Tuskegee visit in 1941 was the catalyst that led to the training of the first African American military pilots, the “Tuskegee Experiment”. He also flew Vice President Henry Wallace from Tuskegee to Atlanta during that period.

Chief Anderson’s life has been a shining example of integrity, self-reliance, adventure and contributions to others. As a young boy of 6, he was fascinated with the idea of airplanes and knew that he had to fly. At 8 he ran away from home looking for airplanes rumored to be barnstorming in the area; he had to have a ride. As a teenager, no one would give him a ride because of racism.

At the tender age of 22, he borrowed $2,500 from friends and relatives, bought a used airplane and taught himself to fly. By 1929, he had learned so well and earned a private license, and in 1932 an Air Transport Rating (#7638), an equivalent of the Ph.D in the art and science of flying an airplane. More importantly that year (1932), he would wed his childhood sweetheart Gertrude Elizabeth Nelson, who preceded him in death in 1995. 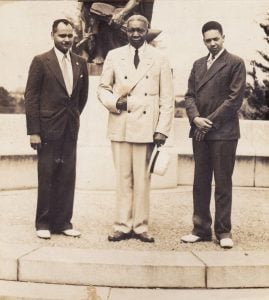 Later in 1932, with a friend and flying partner, Dr. Albert Foresythe, an Atlantic City, New Jersey surgeon, he became known for long distance flying; East coast-West coast and back to the East coast. They also flew the first flight outside the United States by Blacks to Montreal, Canada, where Dr. Foresythe had studied medicine.

In preparing for a Pan American Goodwill tour in 1934 they bought a Lambert Monocoupe airplane in St. Louis, Missouri, where they met Charles Lindbergh. Lindbergh also bought an aircraft. Separated by one serial number, it hangs in the St. Louis Lambert airport today. Lindbergh discouraged their plan to fly.

“Chief” and Foresythe continued to Tuskegee, where the aircraft was christened the “Spirit of Booker T. Washington”. He and Foresythe made the first land plane flight from Miami to Nassau in 1934. They island hopped throughout the Caribbean, to the Northeastern tip of South America. They overflew the Venezuelan straits and landed in Trinidad as national heroes. “Chief”, at the age of 86, recreated the trip 59 years later as a birthday present to himself. He was accompanied in his aircraft by Roscoe Draper, lifelong friend and Tuskegee Airmen instructor, and Dr. and Mrs. Lawrence Koons.

With his credentials as a Certified Flight Instructor and Air Transport rating, “Chief” touched many thousands of the nation’s military and civilian pilots, such as, General Benjamin O. Davis, Jr., General Daniel “Chappie” James, Colonel Herbert Carter and other Tuskegee Airmen during the Tuskegee Experiment. 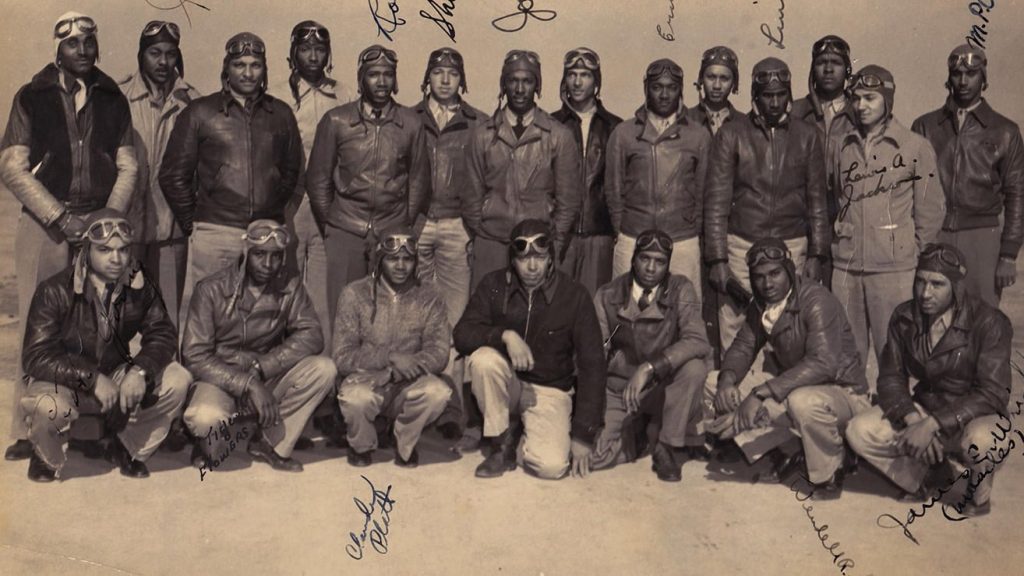 Flight Instructors posing with Chief Anderson lower front center. The original photograph was autographed by most of the flight instructors. (Courtesy of the C. Alfred “Chief” Anderson Legacy Foundation)

He gave countless free airplane rides to the youth of the world, and was a founding member of the NAI (Negro Airmen International), Black Wings in Aviation. The Tuskegee Chapter bears his name. For 22 years, youth from 16-19 years of age have received intensive ground and flight training during the last two weeks in July at the NAI Summer Flight Academy, in order to prepare them for pilot ratings. Many of his students, such as Captain Raymond Dothard, US Air and President Mandella’s U.S. Pilot; Southeast Asia standouts such a Lieutenant Colonel Robert V. Western (Bolo MIG Sweep); Judge John D. Allen, F-4 Flight Commander, Columbus, Georgia; Colonel James Otis Johnson, USAF; and many others have continued in the footsteps of “Chief”. He also soloed Captain “Pete” Peterson (deceased), of the USAF Thunderbirds Flight Demonstration Team.

At 84 “Chief” turned over the reins of his beloved Moton Field training site airport to Colonel Roosevelt J. Lewis, Jr., USAF, another aviation protégé, who flew his aircraft to Trinidad with “Chief” in 1993. They proceeded to facilitate 18 young people into military training position since 1991. Two of his last students, Captain Kevin T. Smith and Lieutenant Greg West, were the first two Blacks in the history of the Alabama Air National Guard. With 383 hours in the F-16, Captain Smith scored “Top Gun” honors for the USAF in the March 1995 Red Flag competition. “Chief” was thrilled.

“Chief” was an inductee of the Alabama Aviation Hall of Fame (1991); The International Order of the Gathering of Eagles (1990); winner of the famous Brewer Trophy (1985); and held many other aviation awards. An Honorary Doctorate of Science was conferred by Tuskegee University in 1988.

His first love always was teaching new students to fly and Anderson continued to train civilian pilots After World War II and to promote aviation and aeronautical education among African Americans the next 50 years.  A founding member of Negro Airmen International, for 22 years he trained 16 to 19-year-old black youth the NAI’s Summer Flight Academy. By the time of his death, he had amassed over 52,000 flying hours. Charles Alfred “Chief” Anderson died on April 13, 1996 at his home in Tuskegee after a long battle with cancer.

Anderson never sought fame, recognition or fortune for his accomplishments, yet he touched the lives of thousands of pilots, both civilian and military, many of whose names are found throughout aviation history books.

See a copy of Chief Anderson’s Original Pilot License in our Virtual Museum. 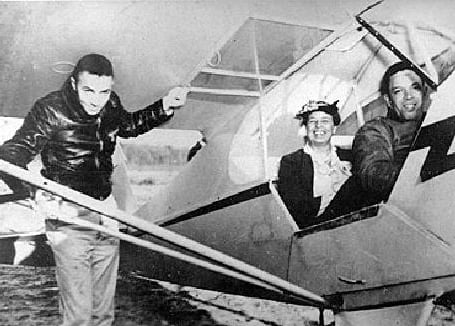